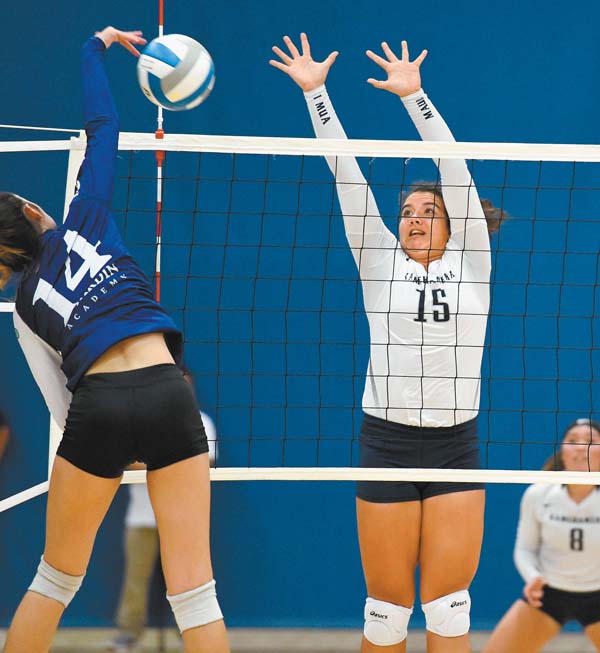 Kamehameha Schools Maui’s Logan Spencer defends a kill attempt by Le Jardin’s Alishya Roman during the first set of the Warriors’ four-set loss to the Bulldogs in a state Division I tournament first-round match Monday at Kaulaheanuiokamoku Gym. AP photo

PUKALANI — The Le Jardin Academy girls volleyball team traveled to the Valley Isle with just 10 players, but the Bulldogs left town with a hard-fought, four-set win over Kamehameha Maui in a packed Kaulaheanuiokamoku Gym.

The crowd was heavily in favor of the Maui Interscholastic League runners-up in the HHSAA/New City Nissan Division I first-round state tournament match, but Le Jardin outlasted the Warriors 25-21, 20-25, 25-19, 25-14 and will face No. 2-seeded Mililani in the quarterfinals on Thursday.

The Warriors said goodbye to seniors Logan Spencer, Meleana Hoopii, Hoala Alapai and Taylor Morita in the match as their season ended at 11-4.

“It’s good to have everyone here,” Spencer said of the crowd that included her father and former coach Charles “Bala” Spencer, who suffered a stroke three years ago. “I’m honestly really glad that people came out to support — there was a lot of people. It’s not heartbreaking, but it doesn’t feel right. I’m sad that it’s over.”

Spencer had 11 kills, Alapai had 16 kills and nine digs, Morita had 14 digs and Hoopii had 13 digs. Juniors Taylor Morita had 21 assists and Jhene Saribay had 17 kills. 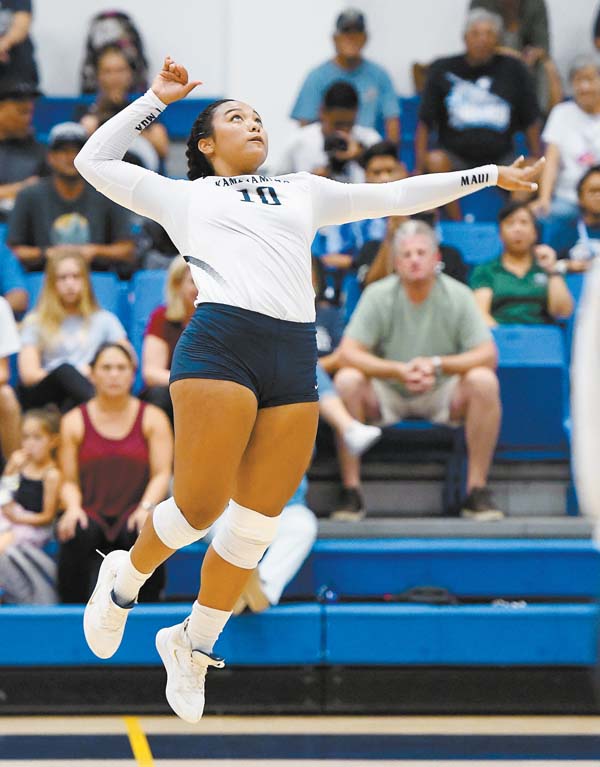 “I feel like we left a solid foundation,” Spencer said of her senior class.

The Warriors fought back from 19-13 down in the first set to tie it at 21 — Saribay scored before an Ellie Diersbock kill started a 4-0 run to the finish for the Bulldogs. Saribay scored five Warriors points in a row, the final one making it 19-15.

In the second set, the Warriors played their best frame of the night — they led 17-12 and then 24-18 on an ace by Alapai. A Saribay kill tied the match at one set apiece. 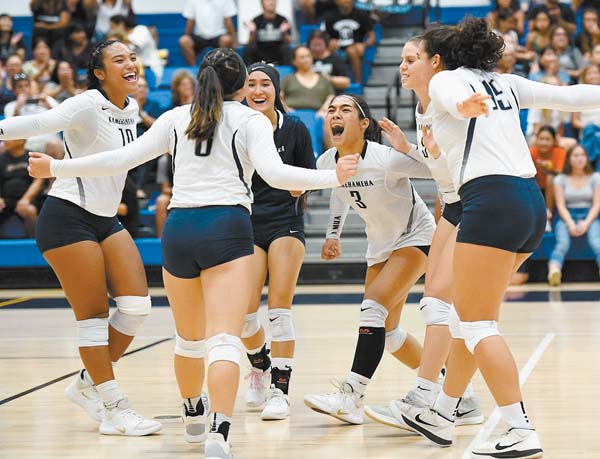 “It’s tough because we didn’t travel at all this year,” said Le Jardin coach Lee Lamb, whose team has three freshmen and just two seniors on the roster. “We didn’t do any preseason or anything and we’ve got a lot of younger players on the team, so it was partially excitement — they were excited to get off their island and come over here to play — but you know you’re coming to somebody else’s house, have got to get on the plane and the whole situation, so you just have to manage that.”

Diersbock, a junior middle blocker, had 14 kills, and Alishya Roman had 15 kills to lead the Bulldogs.

“Diersbock, she’s one of the horses, so she’s going to get a lot of swings,” Lamb said. “We try to put her in position — she’s normally a middle, but we put her on the outside to get more swings. She delivers, man.”

The Warriors committed 12 service errors to five for the Bulldogs, but Kamehameha Maui coach Alex Akana had a smile on her face at the end of the match.

Akana has been with the program for four seasons, taking over as head coach for Bala Spencer three years ago.

“Very much so, we will miss those seniors,” Akana said. “I had the privilege of coaching those girls the last four years, starting as Bala’s assistant, so it was just so nice to see that progression and just see them take on a leadership role and I wish them the best of luck wherever they go.” 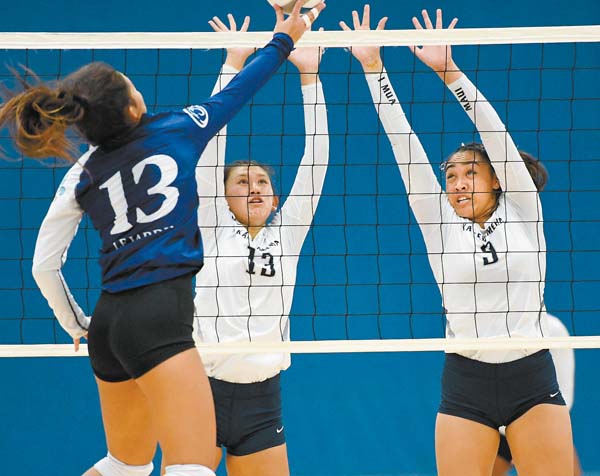