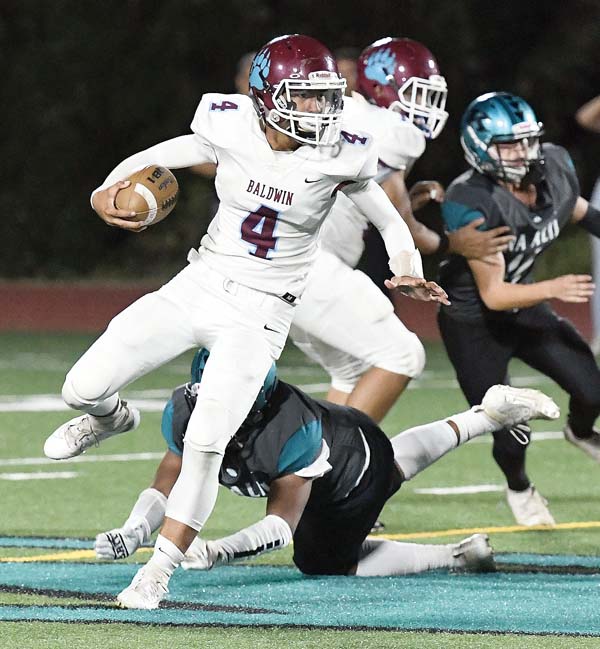 WAILUKU — The Maui Interscholastic League has not won a state tournament game at the Division I level since Baldwin High School’s 28-24 victory over Farrington in the first round in 2011.

The Bears (5-3) will try again for that elusive win — for the fifth time — when they host Oahu Interscholastic Association runner-up Leilehua tonight at 5:30 at War Memorial Stadium.

“For them, all the way around, they have good team speed, they’re athletic, they have good size,” Baldwin coach Pohai Lee said of the Mules (9-2). “They do things well offensively, schematically. And defensively, they’re active. They do some things, they challenge people in terms of, they play good zone, and they blitz fairly well, too.”

Baldwin will need to pressure quarterback Kekoa Turangan, who passed for 1,704 yards, 21 touchdowns and nine interceptions this season. Four of his interceptions came in a 21-20 loss to Moanalua for the OIA title on Oct. 26. 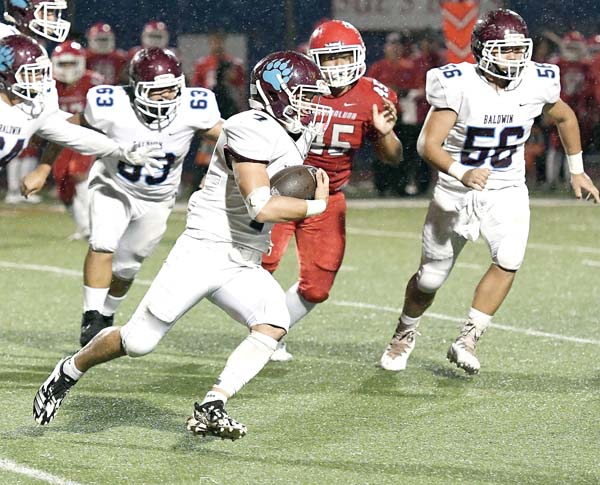 In his final two games — a state-clinching win over Maui High and a loss to Kamehameha Maui — Asuega-Stark had five scoring passes and just one interception.

“He’s getting more familiar with the receivers and running backs around him — that part has been getting better, that part of the game,” Lee said of his quarterback. “Again, it comes down to decision making. He can’t be making the big play every play, and knowing when to take care of things. So, we’re looking for him to be more of a game manager.”

Lee has made it a point to tell Asuega-Stark how important ball security becomes as the season wears on, especially in the postseason.

“We keep reiterating during practice what we’re looking for — he can tell you, too, as to what I’ve been telling him over and over and over,” Lee said. “It’s just translating it to the football game.” 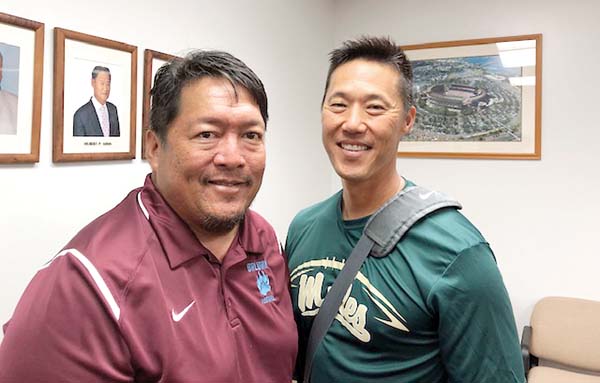 Neither team has played in three weeks.

“This is rough because you’re so used to dialing in, get a week of practice and then game day Friday,” Leilehua coach Mark Kurisu said Sunday. “It’s been good for us just getting healthy. We had a couple guys banged up after the Moanalua game and we should be good to go this Friday.”

The Mules are happy to be in the tournament, even as the de facto 5 seed in a five-team event.

“This is the first class in a while that has ever been in a championship series or in this case even getting to states,” Kurisu said. “We kind of put everything into perspective. There are 15 teams left, five in our division, and being able to travel. Some of these kids this will be their first time traveling and that’s incredible for me to think. A lot of these kids never had that type of opportunities and experiences. For them to have it now, through this team, through their hard work together, it’s a huge reward for them.”

Kurisu knows his team is in for a challenge against the Bears.

“Explosive offense, sound defense,” Kurisu said. “Coach Pohai is coming from the college level, coming from the elite level, so always a well-coached team. I know they have some playmakers in the skill areas and the linemen are huge. That’s typical Baldwin, we see that every year that they’ve been in the playoffs.”

The Bears will get sophomore running back/linebacker Ezra Laga back from an injury that kept him out since August. That will help make up for the loss of Ben Tokanang, a two-way player who moved with his family to Arkansas last month.

“We’re glad that he’s back, but at the same time we’re not sure how much he can get done in a week, conditioning and offensive- and defensive-scheme wise,” Lee said of Laga. “We’ll see what he’s able to do.”

“It eliminates all those travel plans, all the things that go with it with traveling — distractions we don’t really need in a big game like this,” Lee said. “We’re hoping it’s not only a Baldwin crowd, but an MIL crowd. After all, we’re representing the island of Maui.”

Baldwin-Leilehua winner vs. No. 1 Hilo at Wong Stadium, 7 p.m.

Roosevelt at No. 4 Kamehameha Hawaii, 7 p.m.