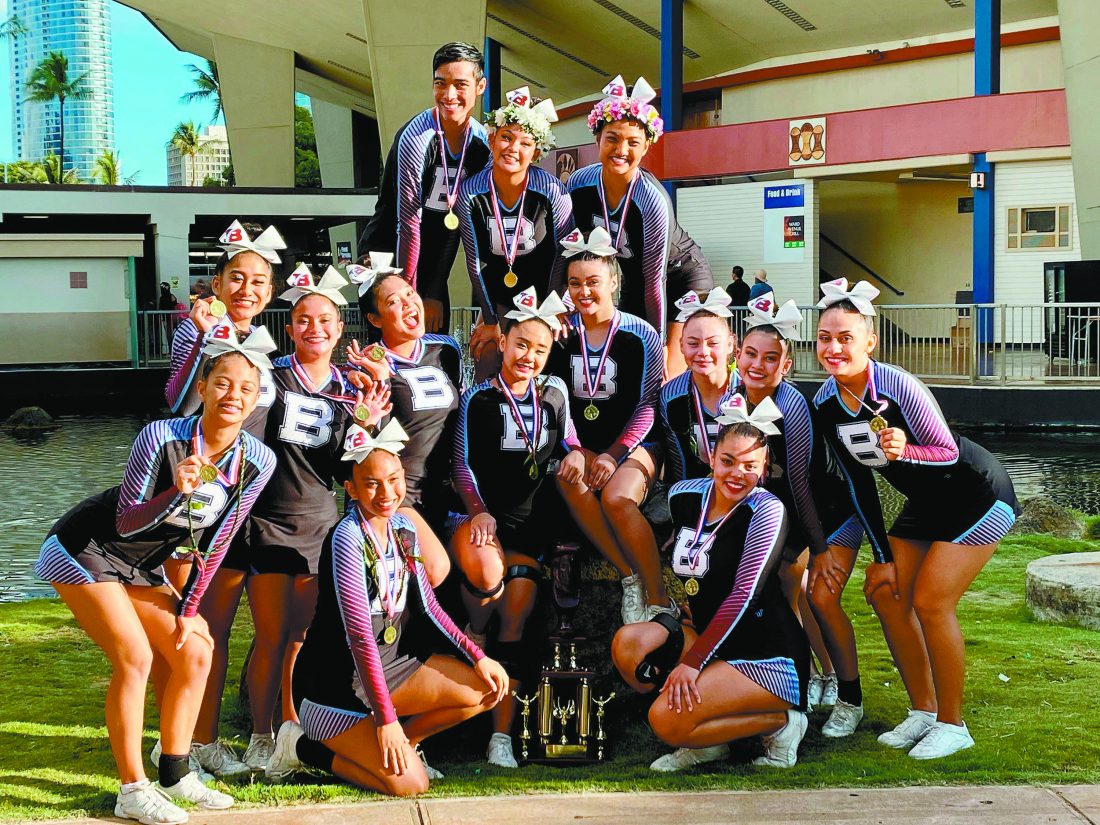 The Baldwin High School cheerleading team poses with its championship trophy and gold medals after winning the large-division title at the Zippy’s/HHSAA State Championships on Saturday at Blaisdell Arena in Honolulu. KEALII MOLINA photo

After coming close for the last three years, the Baldwin High School cheerleading squad made history on Saturday by winning the large division title in the Zippy’s/HHSAA State Cheerleading Championships at Blaisdell Arena in Honolulu.

It is the first large division crown — which is for squads with 12 or more members — for any Neighbor Island team in the 19-year history of the event.

Baldwin coach Kealii Molina led the Bears to second place in the large division in 2016 and third in 2017, and second in the medium division last year. He took over four years ago from veteran Baldwin coach Joann Yap.

“Yeah, it’s awesome,” Molina said via phone Saturday afternoon. “Joann Yap has been with Baldwin forever and she’s been trying for 20 years and now we finally got it.” 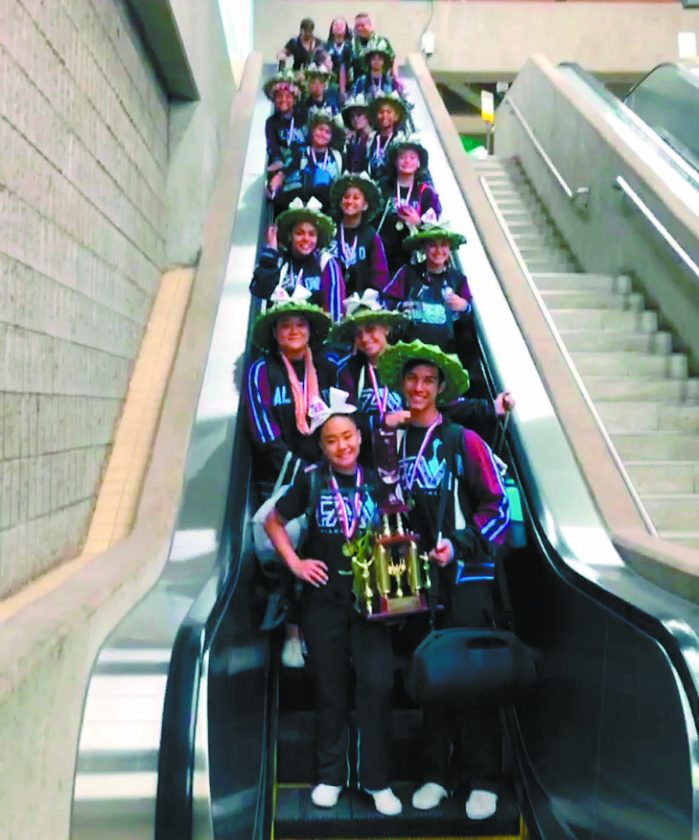 The Bears have 14 competitors, but one was injured for the state tournament. They had six seniors on the roster, and Molina said they were instrumental in leading the way to victory.

The Bears scored 346.5 points to outdistance Mililani by 11.25 points in the large division.

The Bears won their fourth straight MIL title last month and will perform this same routine at nationals in Dallas in February.

“It’s awesome for the girls to know that that hard work they put in — they got what they wanted,” Molina said.

He has coached three of the Baldwin seniors since they were 9 years old and all but one of the Bears have worked with Molina at his Hawaii All-Star Cheerleading gym. The Baldwin captains are Madison Murayama and Koalii Kenui.

“They are so happy right now, it’s awesome,” Molina said. “We put the seniors in charge of the whole team … You know, you hear the heart from the seniors.”

The Baldwin High School cheerleading team poses with its championship trophy and gold medals after winning the large-division title at the Zippy’s/HHSAA State Championships on Saturday at Blaisdell Arena in Honolulu. KEALII MOLINA photo

Stacy Pearsall gets an assist from service dog Charlie as she photographs veterans at the Pearl Harbor Aviation Museum on Oahu last month.

Charlie, a service dog from America’s VetDogs, rests while Stacy Pearsall shoots a portrait of Air Force veteran George Arnott at the Pearl Harbor Aviation Museum on Oct. 23 on Oahu. Hawaii was state 46 in Pearsall’s 50-state mission that is the Veterans Portrait Project. She completes her goal today in Nebraska, where her military career began, after capturing images from more than 8,000 veterans. The Maui News / TERRIE ELIKER photos