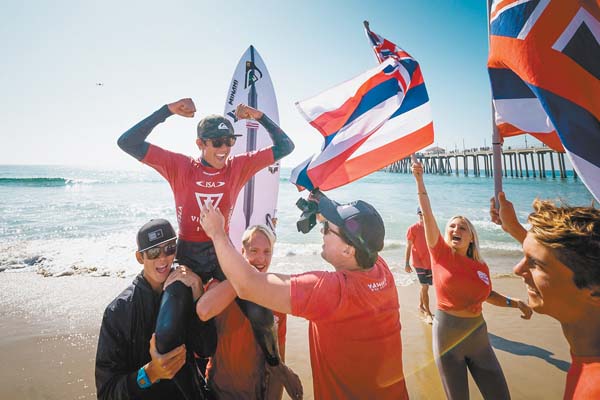 Jackson Bunch of Paia is carried off the beach after winning the boys U16 title at the Vissla ISA World Junior Surfing Championship on Sunday at Huntington Beach, Calif. ISA photos

Jackson Bunch of Paia completed a dominant run at the Vissla/ISA World Junior Surfing Championship on Sunday, winning the boys under-16 title at Huntington Beach, Calif.

“It’s pretty awesome to win gold,” said Bunch, 15. “I was reviewing the past champions of this event and I couldn’t believe how many people on (the World Surf League Championship) tour had won this event.

“I am super psyched to win it and hopefully I can be like one of them.”

Bunch had never dropped out of the main event. He placed second in his first-round heat before a run of five heat victories heading into the final. 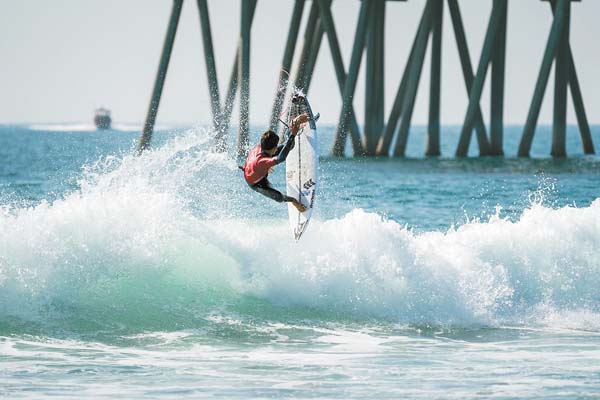 Jackson Bunch posted an event-high total of 17.00 in Sunday’s final.

In the final, Bunch was in total control, showing an array of rail and aerial maneuvers to finish with an event-high total of 17.00.

Bunch and Gabriela Bryan (girls U18) won titles to lead Hawaii to the silver medal in the team competition. The United States won gold, while Japan took bronze.