Kaupe back home with Rainbow Wahine 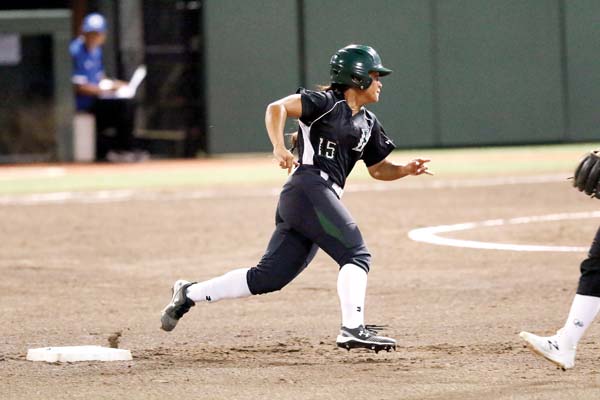 Nawai Kaupe has come home and Bob Coolen has found his shortstop.

Kaupe, a 2017 Maui High School graduate, debuted for the University of Hawaii softball team over the weekend in the Fall Preseason Classic.

The junior transfer from Washington batted second in each of four games, going 3-for-8 with four runs and one RBI on a home run that cleared the 40-foot net beyond the fence before landing in the bullpen area at Rainbow Wahine Softball Stadium.

“It feels amazing to be back at home,” Kaupe said between classes in Manoa on Wednesday. “I’m back in my element. I haven’t touched the Hawaii softball field since states (in 2017). So, it’s just a big welcoming home for me.”

While she is paying her way through school as a walk-on this fall semester, she has been granted a scholarship by Coolen, the veteran coach of the UH program who offered Kaupe a scholarship out of high school before withdrawing it when she got her offer from Washington. 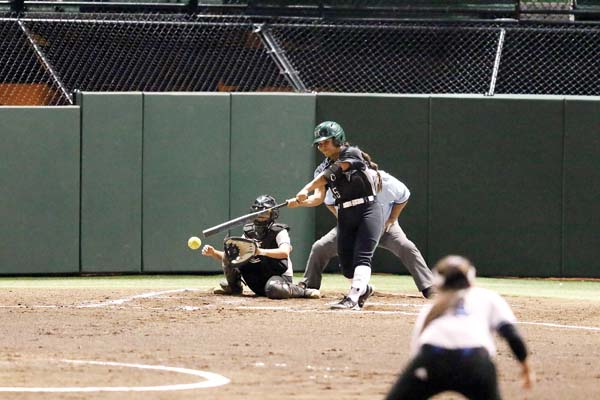 Nawai Kaupe batted 3-for-8 with four runs and one RBI, on a towering home run, during the Rainbow Wahine’s Fall Preseason Classic last weekend.

Kaupe enjoyed a promising start as a Husky, hitting .254 as a freshman with four home runs and 11 RBIs in 42 games, 16 of which were starts. As a sophomore, she hit just .113 in 36 games, 29 of which were starts — she had two homers and nine RBIs last season.

She appeared in two Women’s College World Series for the Huskies — UH has been to the WCWS just once in its history, in 2010.

After her struggles as a sophomore, Kaupe felt the strong tug of her home state, so she contacted longtime UH assistant coach Deidre Wisneski — “She’s an actual aunty to me, she’s my father’s cousin,” Kaupe said — about the possibility of playing for the Rainbow Wahine.

“To me, coming from a huge Mainland program, I think it’s more comfortable for me to play back at home and represent Hawaii, have ‘Hawaii’ on my chest this time,” she said. “I think that’s a big impact for me and I’m ready to move on to the next chapter of how I’m going to do this season.”

Coolen welcomed her with open arms.

“Hearing that Nawai wanted to come home — the NCAA (transfer) portal has opened up this sort of black hole that all these recruits are now going into that, it changed their recruiting as a coach because you never know who’s going to contact you saying, ‘I’d like to come to your program for my last year or two years, or even three years because things didn’t work out where I was at,’ “ Coolen said. “For Nawai it was a matter of her contacting my associate head coach, Dee Wisneski, and sort of putting out on the table that she wanted to come home and play for the Rainbows.

“It was a shock to me because we had recruited her, we offered her a scholarship and then she went to a tournament when she was on a club-ball team. She was listed as not having committed anywhere and that’s when Washington jumped into the foray. … That’s when I took the offer off the table because we weren’t going to play that game where ‘I already have something in hand, but I’m going to see what else is out there.’ “

“I get where players want to go to Power 5 programs, but I just needed to know that I had a shortstop coming in, which obviously didn’t work out a couple years ago,” he said.

Now Coolen has the player who can solidify the middle of his defensive lineup.

“This year we were bringing in all kinds of players,” Coolen said. “We brought in three middles to sort of stop the bleeding there in regards to up-and-down play (at shortstop). … Then when I heard Nawai was coming back it was like instantaneous: ‘We have a shortstop.’ “

Coolen has been instantly granted a player with knowledge and game experience that is impossible to duplicate.

“Nawai has come in and taken over at shortstop,” Coolen said. “She has experience at the highest level in our collegiate sport and it just brings a ton of sort of knowledge for all our other players and she has to be able and capable of giving that back: What does it take to get to that next level?”

Kaupe is ready to help however she can.

One of the players that Kaupe will be reunited with is former Maui High teammate Cira Bartolotti — the freshman pitcher/outfielder transferred to Kapolei for her last two years of high school before signing with UH.

“That is going to be another interesting and fun and an exciting sight to see, especially for Maui,” Kaupe said. “She was actually shocked when I stepped on the field and when I came in and she saw the email that coach Bob sent and it had my name on it. I asked her questions about UH, like, what made her want to stay home? She just said, ‘It was a comfortable decision, family was here. It’s just culturally more comfortable here,’ so she didn’t want to leave.” 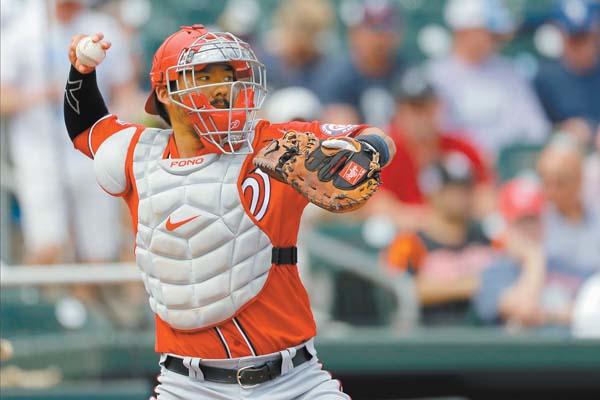