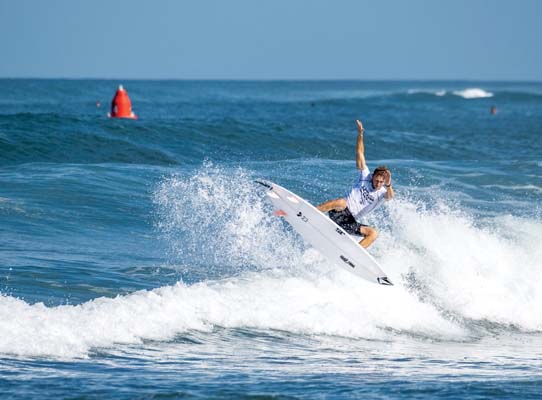 Dusty Payne of Lahaina works his way to a first-round win in the Hawaiian Pro on Friday at Alii Beach Park in Haleiwa on Oahu’s North Shore. Payne opened with a two-wave score of 13.77 in the World Surf League Qualifying Series 10,000 event that is the first of the Vans Triple Crown of Surfing. Also winning their heats Friday were fellow Maui surfers Ian Gentil and Logan Bediamol, while Eli Hanneman and Coconut Willie advanced with second-place finishes. Cody Young, Tanner Hendrickson and Cole Alves were eliminated, while Billy Kemper was still to surf in the first round. The competition continues today, surf permitting.