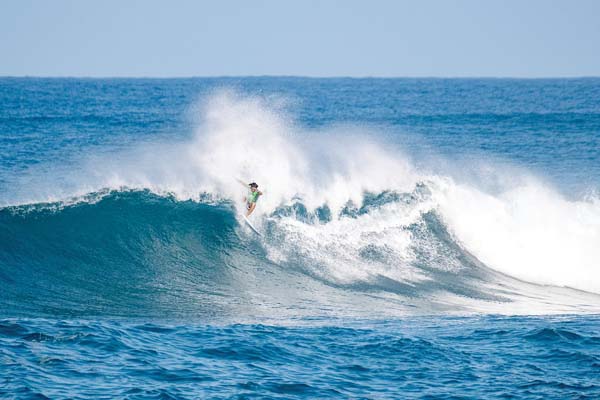 Maui’s Imaikalani deVault (shown in photo) and Billy Kemper (second photo) compete during the second round of the Vans World Cup of Surfing on Wednesday at Sunset Beach on Oahu’s North Shore. WSL via Getty Images Keoki Saguibo photos

Also moving on to the third round of the World Surf League Qualifying Series 10,000 event were fellow Mauians Imai­kalani deVault (11.53) and Cody Young (11.30), who both placed second in their heats.

Eli Hanneman (4.07) was eliminated after a fourth-place finish Wednesday. 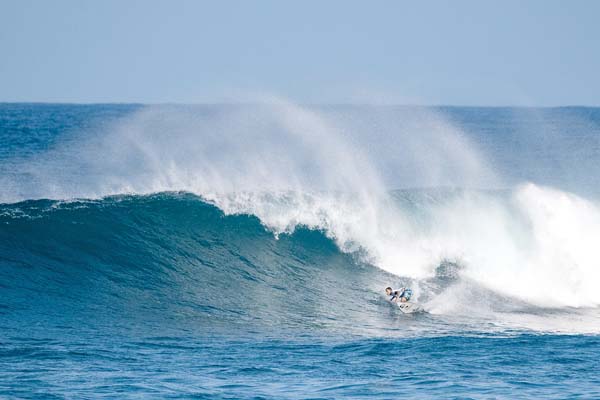 The next call for the event — the second of the Vans Triple Crown of Surfing — will be made Friday.

At Honolua Bay, the Lululemon Maui Pro called for lay days through Friday due to small surf.

The finale of the WSL Women’s Championship Tour will decide not only the world championship but also two U.S. Olympic team spots. In the mix for both are Honolulu’s Carissa Moore, the defending Maui Pro champion, California’s Lakey Peterson and Florida’s Caroline Marks.

The event window, which started on Monday, is through Dec. 6. The next call is Saturday.