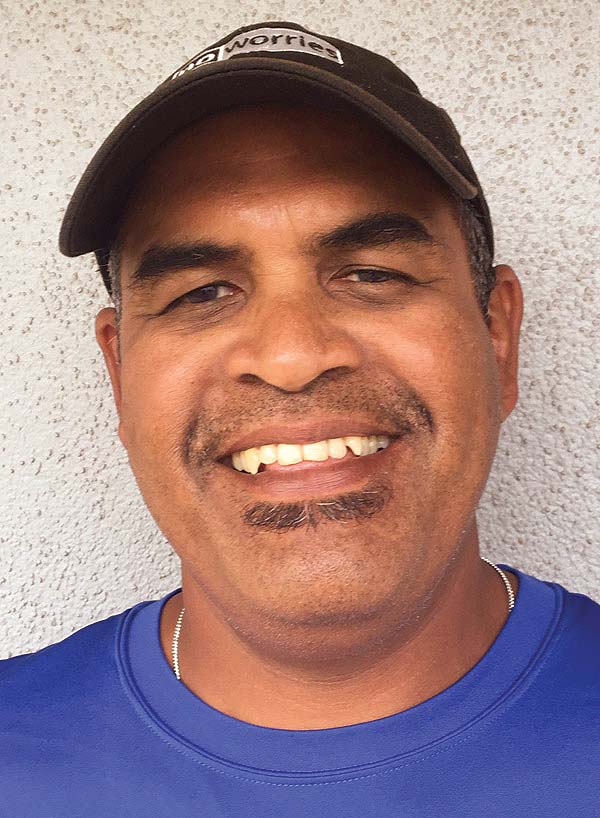 Rodney Figueroa has been let go as head coach of the Maui High School football team after the Sabers finished 0-8 in the Maui Interscholastic League this season.

Figueroa said he was informed of the decision by school administrators on Thursday, and the school sent out a short press release confirming the decision Friday.

Figueroa was the MIL Coach of the Year in 2017, his first as a head coach after more than 20 years as an assistant. He moved back to defensive coordinator last season as he battled health concerns — the Sabers were the MIL Division I champions in both 2017 when they were 5-3 in league play and 2018 when they were 5-4.

“Kind of disappointed, kind of hurt,” Figueroa said Friday. “I know we had a bad year — a lot of injuries and other things. A lot of youngsters played, but, you know, you win two championships in three years and you have one losing season and they decided to make a change.”

The press release also said the school is now taking applications for the opening.

“Maui High is seeking applicants to fill the head coach football position,” the release said. “All potential applicants should send a resume to Athletic Director Michael Ban at michael.ban@k12.hi.us. Deadline to apply is Friday, November 15, 2019. A committee will meet to select the next head football coach.”

MHS principal Jamie Yap texted to The Maui News: “We want to wish him (Figueroa) well and thank him for his work at Maui High.”

Figueroa, who plans to coach again, said he was somewhat surprised by the move.

“Kind of in the back of my mind, at the end of the season, I wouldn’t be surprised if they made a change, I shouldn’t be,” he said. “I love coaching football, love working with the kids, see these kids grow up and, you know, I’ve been coaching a lot of years, 20-plus.”

His future plans include being an MIL head coach again.

“That has always been the dream,” he said. “Maui High School, Mr. Ban and Mr. Yap gave me a chance and it was a good three years. I loved it. Can go out realizing that it was two MIL Division I titles in three years.”

Figueroa spent 2 1/2 months earlier this year on the Mainland for health treatment, but was cleared by his doctors to return to coaching in July.

“So far everything is good,” he said. “Everything went good.”

Figueroa sees a bright future for Maui High football. In every MIL game this season, the number of injured players out were in the double digits, a season lost to injury like Figueroa had never seen before.

“It’s bright, a good freshman class, we brought up a lot of sophomores who had to jump in and play due to injuries,” he said. “They competed out there.”

That competitiveness was a fact that Figueroa emphasized, along with progress in the classroom.

“I was proud of these kids the way they finished the season with all the injuries we had,” he said. “They stuck it out and a lot of them I was really proud academic-wise. We had a lot of kids — we had 20-something players over 3.0 in grade-point average. … Academic-wise, we preached it to the kids: ‘Get you classes done, classes come first.’ “

Figueroa will miss the Sabers.

“The returnees know what needs to be done to fight for that championship next year because the MIL will always be tough,” he said. “A lot of schools lose big senior classes, but there are good coaching staffs on each team. I just want to thank Maui High School for giving me the opportunity to be the head coach.”