Young, Gentil into fourth round at Sunset 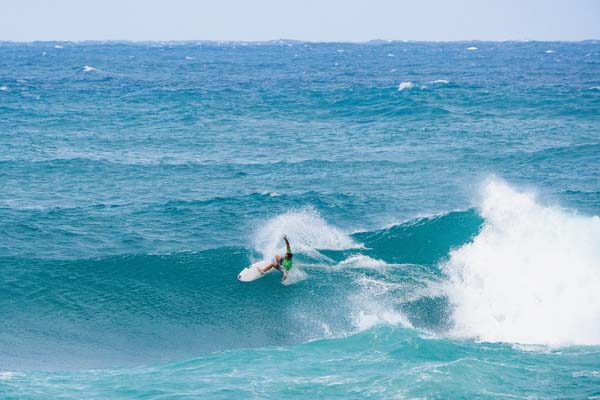 Maui’s Cody Young competes during the third round of the Vans World Cup of Surfing on Sunday at Sunset Beach on Oahu’s North Shore. Young placed second in an extremely close heat to advance — his two-wave total of 9.07 was just 0.03 behind winner Michel Bourez of Tahiti, but just 0.07 better than Portugal’s Frederico Morais, who was eliminated. Also moving on to the fourth round of the World Surf League Qualifying Series 10,000 event was Ian Gentil, whose score of 15.30 was good enough for second place in his heat. Among those eliminated were Billy Kemper, Imaikalani deVault and Dusty Payne.