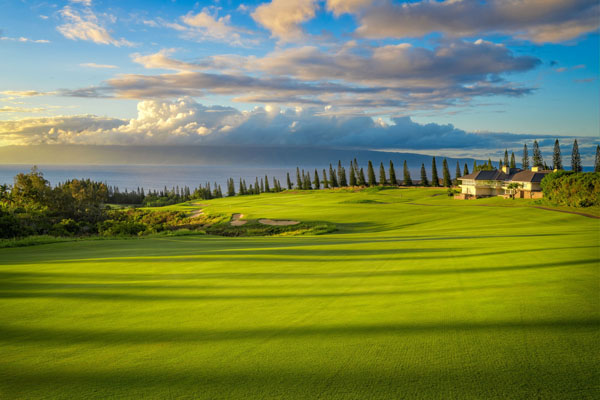 The par-5 18th was the longest hole on the PGA Tour last year at 663 yards. Now, it measures 677 yards and is still the longest hole on tour. On Thursday, half the field birdied the monster that played as the second-easiest hole on the course, playing an average of 0.471 strokes under par. In addition to the 17 birdies, there was one eagle, by Lanto Griffin, and one triple bogey, by Keith Mitchell. Dave Sansom Photography photo

While the first round of the Sentry Tournament of Champions was hot and still, the remaining rounds are expected to be drastically different.

Weather expert Wade Stettner recommends both players and fans be prepared for incoming winds and scattered showers today through Sunday at the Kapalua Plantation Course.

The meteorologist works with PGA Tour Rules Officials to ensure the safety of golfers, spectators, volunteers and anyone else at the tournament, as well as evaluate playing conditions.

“Tomorrow I am forecasting the winds to increase, sustained around 20 mph, with gusts up to 30 to 35 mph,” Stettner said Thursday. “It should not stop us, though, because the winds need to be over 40 for it to blow balls off the green and for us to stop play.” 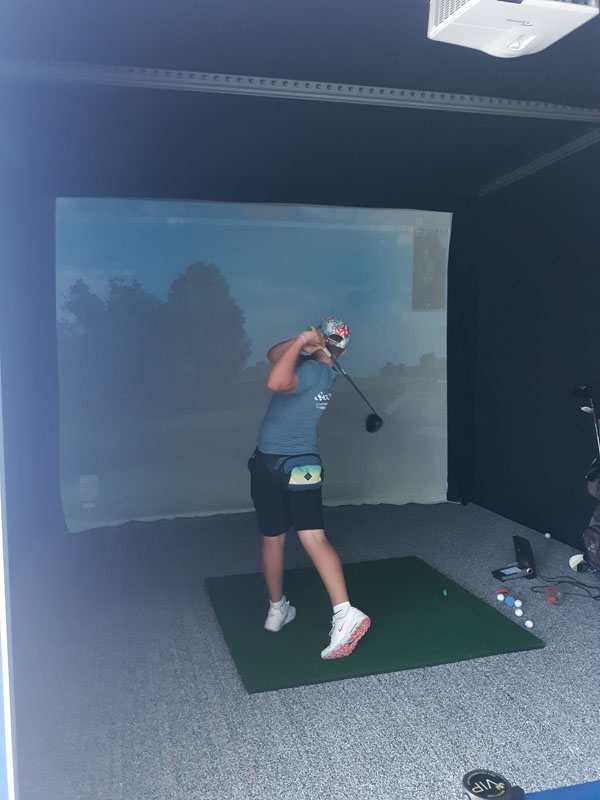 Landon Long, 13, tries out the golf swing simulator in The Champions Experience booth at the Sentry Tournament of Champions on Thursday. The Maui News / DAKOTA GROSSMAN photo

Winds are expected to remain the same through the weekend, but Sunday may approach the 40-mph range. Off-and-on rain will also move in over the next three days.

“Bring a rain jacket. I don’t know if umbrellas will be necessary because of the wind, so a rain jacket will probably be the best for fans,” Stettner advised. “Or if they don’t care to get wet, just go out there and enjoy it, it’s Maui.”

Sentry gets creative with donations

This year, Sentry Insurance has found new ways to give back to the Maui community.

The tournament’s title sponsor is working to implement a new scholarship program for Maui public high school students to attend the University of Hawaii and its affiliated Hawaii community colleges. When fully implemented, 12 students will be selected to receive Sentry scholarships each year.

This year, one of the scholarship participants will be a tournament intern. According to a press release, “the scholarship program is designed to promote local workforce development.”

In a fashion-focused turn today, when tournament players participate in Aloha Friday by wearing Hawaiian-patterned clothing, Sentry will donate $1,500 to local charities on the players’ behalf.

Landon Long of Sacred Hearts Academy tested his skill against the Sentry Tournament of Champions’ past winners.

The 13-year-old baseball player hit a 275-yard drive on the golf swing simulator in The Champions Experience booth after multiple attempts to beat out the high score of 296 yards, which was set early on Thursday afternoon.

“I’ve been playing golf consistently for about a year now, but this is my first time playing this game today,” said Long, who is also volunteering as a tournament standard bearer and wanted to check out the booth before it closed for the day.

The swing simulators replicate famous shots by golfers in tournament history like past champions Dustin Johnson and Justin Thomas, and offer fans a chance to test their skill on a par-3 hole. Additionally, the booth has a Legends Corner, which offers videos and quizzes on past champions.

When asked if he could surpass the longest drive, Long said with a laugh, “Maybe.”