Todd Graham had a simple message to begin his news conference introducing him as the University of Hawaii’s 24th head football coach.

“To the people of Hawaii, this is your football team. I’m very humbled and very honored to be your coach,” Graham said Wednesday in a lecture hall on the Manoa campus. “And one of the things I told our players today is that: ‘I will work hard to earn your trust, to earn your respect. And we’ll be a program about winning championships.’ “

He said he is excited to be at UH, which saw Nick Rolovich move to Washington State last week. 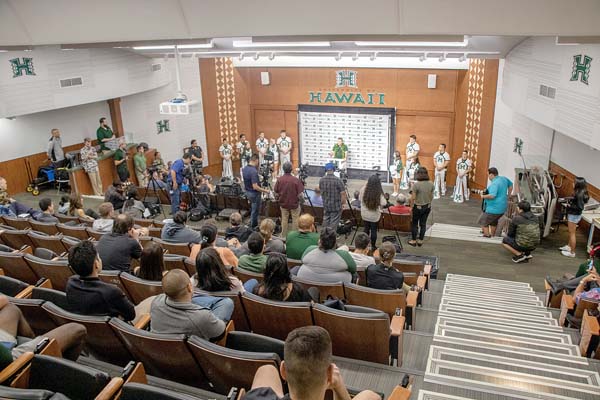 Graham is the first UH football hire to have college head-coaching experience since Dave Holmes (Eastern Washington) in 1968. On the field, Graham promises an aggressive style on both sides of the ball.

“We’re gonna attack,” he said. “We’re gonna play the game with great speed and great physicality. We will be the hardest working, most disciplined, most physical and best prepared team in the country. That’s our focus every day. We’re going to win every day with how we do things.”

His Tulsa teams led the nation in total offense in consecutive years in 2007 (543.9 yards per game) and 2008 (569.9) and ranked in the top six in scoring three times, averaging better than 40 points per game. Graham’s teams have averaged 36.5 points per game over 12 years, while his Arizona State teams scored 50 or more points 16 times during his tenure in Tempe.

Graham’s defenses have also been stellar.

During his six-year span at Arizona State, the Sun Devils were second in the nation in sacks per game (3.10) and tackles-for-loss per game (7.7), trailing Clemson. The Sun Devils scored 20 defensive touchdowns during his tenure (16 interception returns, four fumble returns), behind just Ohio State (25), Alabama (22) and Boise State (22). ASU forced 143 turnovers under Graham, including 91 interceptions, which was 10th in the nation.

“When we lost our football coach a week ago, my first concern was for our players. Todd is here for our guys,” Matlin said. “He has an incredible knack for teaching and developing players to be the very best that they can be. He shares our values of ohana. He respects the diversity across all cultures that make up this island, this program and this team. He is a teacher and a professor of football. This football team is not broken. Under Todd, this football team is just getting started.”

Graham, a Mesquite, Texas, native, said former Rainbow head coach Dick Tomey was one of his mentors. Tomey died in May at the age of 80.

“I hope I can impact the community in at least a little bit of the way that he did,” Graham said. “He had a big influence on me and I know he’s smiling down on me today.” 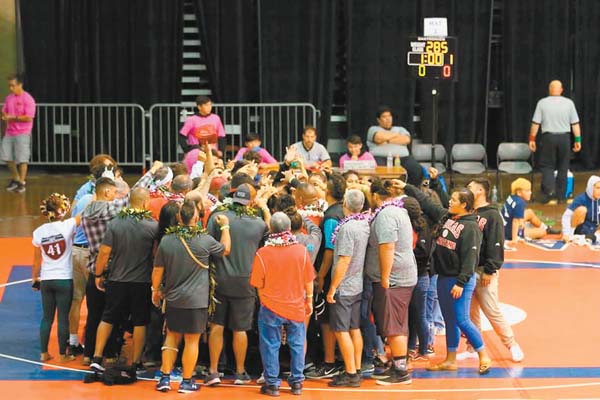