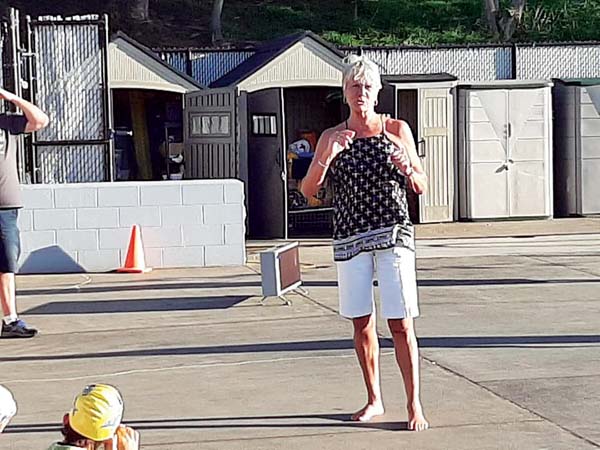 Three-time Olympic gold medalist Debbie Meyer speaks to swimmers from the Maui Dolphins Swim Club, Island Aquatics and Hawaii Swim Club at the Upcountry pool Monday. Meyer took time off from her vacation to visit with the Maui swimmers. She gave an inspirational talk, answered questions, brought her three gold medals to pass around, took pictures and gave autographs. At the age of 16, Meyer won gold in the 200-, 400- and 800-meter freestyles at the 1968 Summer Olympics in Mexico City. She became the first swimmer to win three individual golds in one Olympics — Katie Ledecky is the only other female to accomplish the feat, doing so at the 2016 Rio de Janeiro Games.