Spartans on a mission 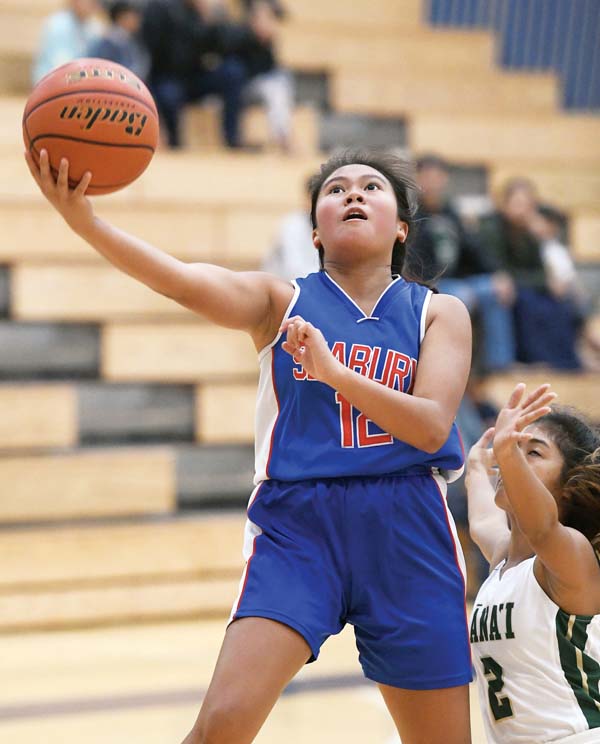 OLINDA — The Seabury Hall girls basketball team took just over one quarter on Friday night to show that it is serious about claiming the state title it just missed last season.

The Spartans bounced out to a 14-0 lead early in the second quarter and rolled to a 48-22 win over Lanai, which came into the Maui Interscholastic League Division II game as the closest in the standings to the three-time defending league champs.

Seabury played without reigning MIL D-II Player of the Year Ameera Waterford, who is taking a college visit to the University of Houston.

“They’re a good team, we don’t have Ameera, so we worked with our starting five to get stuff down and really focus on our defense,” said two-time MIL D-II Player of the Year Anau Tuivai, who had 12 points. “It was 14-0 at one point, so coach, that’s what he wanted us to do, so he was happy.”

Seabury Hall (7-0) lost in the D-II state final last season to Hawaii Baptist by four points and clearly are on a mission to win it this year. 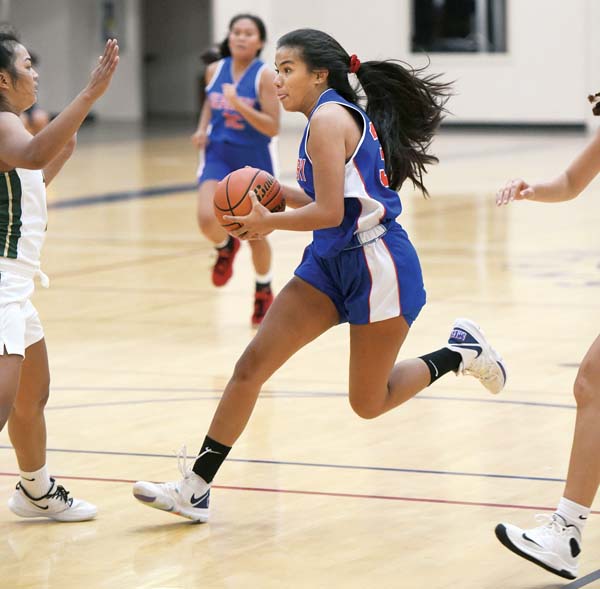 “The MIL is one of the most, I don’t want to say brutal, but they go for blood, so you’ve got to expect that,” said the 6-foot-2 Tuivai, who plans to play in college at NCAA Division II Notre Dame de Namur in California. “I’m a senior and I don’t like to sleep on anybody because it’s anybody’s game. The team that is ready to play will play.”

The Spartans beat Maui High, Molokai, Kalaheo, Kealakehe, Hawaii Baptist and Radford on their way to a 7-2 preseason record.

“Lanai, they are always tough, they have a bunch of good freshmen coming in,” said Seabury coach Keone Labuanan. “And they have the returnees that always bring it, always good defense, they’re always scrappy. I just told them, ‘Don’t get caught.’ We knew they were going to come with fire, but we took it to them.”

Labuanan said the state title is the undeniable goal. The Spartans lost just one senior to graduation last year, but now have four senior starters.

“They all feel it, they all want it, especially after being so close last year,” Labuanan said. “They all want to get back to that game. I try not to concentrate on just the state title, but I know they’re all going home thinking about it every night.” 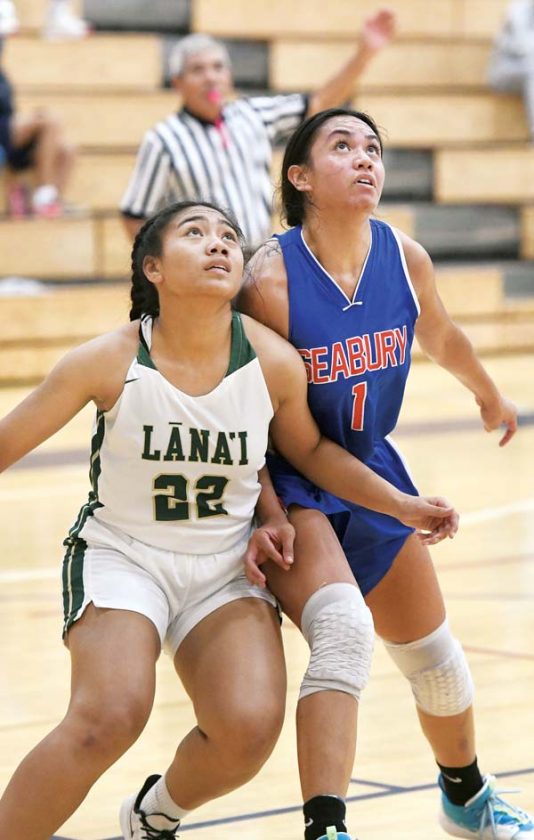 The Pine Lasses (4-2) got their first basket from Souina Seiuli with just over five minutes left in the first half and climbed within 16-6 at halftime.

Even without Waterford, the Spartans still had too much firepower for the Pine Lasses. A pass from Pio Tuivai, Anau’s sophomore sister, to Brittlay Carillo pushed the lead to 42-15 with 3:30 to play. Pio Tuivai had a game-high 16 points.

The Pine Lasses showed flashes as well despite giving up height advantages across the floor. After getting only one team to the 12-team D-II state tournament last year, the MIL gets two teams to the event in Hilo, Feb. 5-8.

“They return pretty much everyone and it’s always a challenge to play them, especially here,” Lanai coach Christian Yumol said. “They’re just as strong as they were (last year), if not maybe even better. I wouldn’t put it past them (to win the state title).”