WAILUKU — There were a lot of laughs and smiles during the two-day Baldwin Water Polo Invitational, but the teams were also focused on a long season ahead.

Before the Maui Interscholastic League girls water polo squads make waves in the regular season, the players, coaches and referees had the opportunity to find their groove at the preseason tournament last weekend at Sakamoto Pool.

“The main focus is kind of, you know, getting the rust off, getting everything moving again, teaching the body how to move in the water differently than swimming, staying injury free, learning aspects of the game, understanding officiating,” Baldwin High School coach Shawn Donohue said on Saturday afternoon. “Just getting that overall experience, getting as much game experience as possible to help everyone as they head into league play.”

“It’s been wonderful, it’s been a great experience, we’ve had four visiting teams — three from Oahu and one from Big Island — so the competition has been varied all over the scope of the event,” Donohue said. “We have a lot of freshmen, so they are getting their first experiences here, and a lot of good experiences for the older girls.” 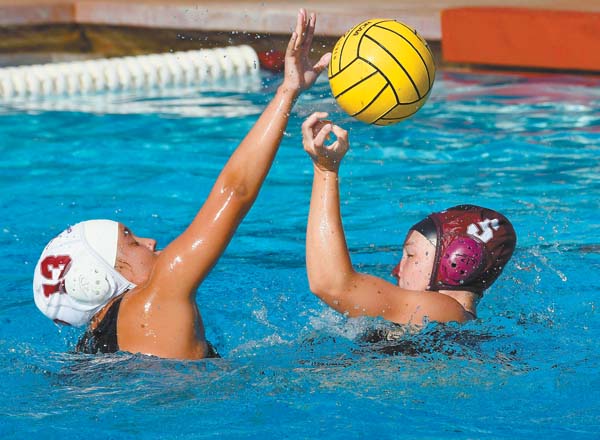 He added that the Baldwin girls are looking “very strong” as they head into the regular season, noting a collection of seniors called the “Fab Five” who have all been together through the Bears’ three straight MIL championship seasons.

“They’re really looking forward to putting forth some good effort and I think as a group, they have something to prove, so we’ll see how they do,” he said.

Baldwin senior Jessica Baker said the tournament was a good opportunity to build team cohesion between the new players and returners, and “just playing our game.”

“We have a lot of new freshmen, and with the one or two weeks of practice, and with this preseason tournament, it’s looking like a pretty good year ahead,” Baker said. “The freshmen are on it, they’re confident, and with our experienced players, we’re having a nice, good fresh start.

“We’re trying to lead our younger, newer experienced players and keep up the Baldwin legacy, and just what we go by and what we’re trying to do.” 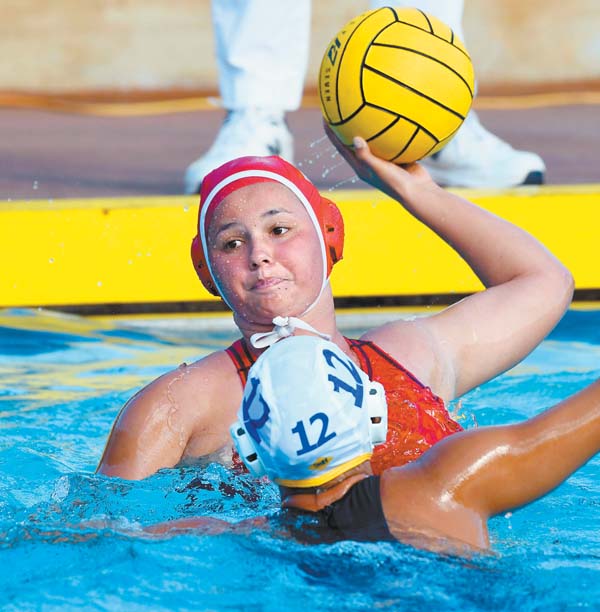 Lahainaluna’s Maile Cacal winds up for a first-quarter shot against Kaiser’s Kristen Johnson in the Cougars’ 11-2 win.

Fellow senior Kristi Kimura looks to fill her final season with another league title, a state berth and good times in between.

“We want to win obviously, I’m sure every team wants to win, but we want to have fun, this is our last year and we’ve been working super hard,” Kimura said. “This tournament is just about showing our new players, like, this is what competition looks like, this is what outer-island teams are going to be like, and we have to get them ready, and toughen up for the season.”

The Bears’ split-squad teams ended up playing each other in the tournament’s championship match, with the Blue team edging the Maroon team 10-9.

“I really didn’t want it that way, I kind of wanted someone else,” Donohue said with a laugh before the match. “We already scrimmage each other, but it’ll be fun.”

King Kekaulike, last year’s MIL runner-up, finished in sixth place after an 11-5 loss to Kapolei. Na Alii coach Ryan Lehman said the two-day tournament was a good test to see where the girls were at.

“I’m very excited for Maui water polo, very excited to take it up a notch,” Lehman said. “This is where you learn, so if you’ve never played a game before, the Baldwin Tournament, the Iolani Tournament and the MIL tournament are all really good games to learn how to play.”

As a whole, Lehman thinks the league looks competitive this season and said that he’ll be keeping an eye on Lahainaluna — the Lunas finished No. 3 in the MIL last year and fourth place during the tournament after an 11-2 loss to Kaiser.

He added that all MIL teams have improved each year, and “there’s a lot more interest in water polo.”

“If you look around, I can see that Kamehameha already has twice the amount of girls playing,” he noted.

And as for Na Alii themselves, they are stacked with freshmen and solid returners.

“I think we can do really good this season because we have a lot of new girls but I think all the returnees and seniors, we can help them and train them to, like, become better,” King Kekaulike junior Kuaola Emmsley said. “Coach Ryan is a really good coach and he has a lot of good stuff that we can learn.”