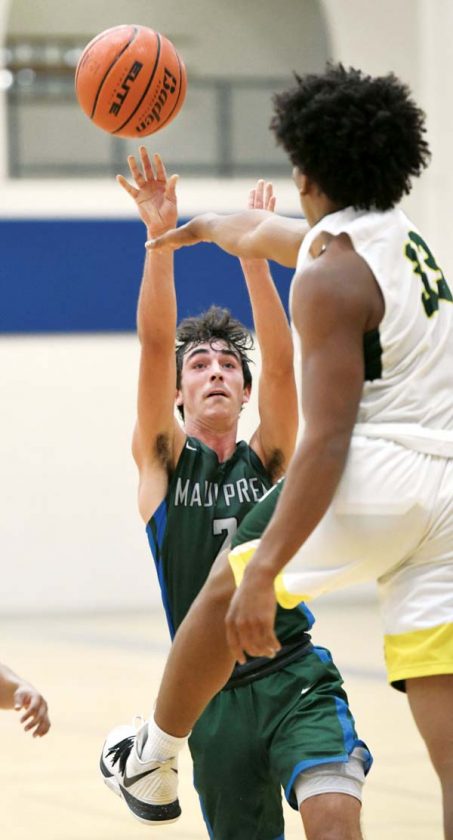 OLINDA — It was the biggest shot of Bennett Bluh’s life and the most important shot in the short history of Maui Preparatory Academy boys basketball.

Bluh, a 5-foot-5 sophomore guard, sank a 3-pointer from the corner on Thursday night to lead Na Pueo to a 61-58 win over Lanai in the semifinals of the Maui Interscholastic League Division II tournament at Erdman Athletic Center. It was his sixth 3-pointer of the game.

The shot gave MPA, in its first season of varsity basketball, a 59-58 lead with 4.2 seconds left.

After Lanai threw the ball away, Drew Triplett nailed two free throws with 3.3 seconds left to account for the final margin.

Bluh finished with 18 points and Triplett, also a sophomore, scored 20. Triplett’s pass on a break down the court to Bluh in the left corner came after Lanai’s Devrene Kahananui-Alejado missed the front end of a one-and-one with 12.7 seconds left. 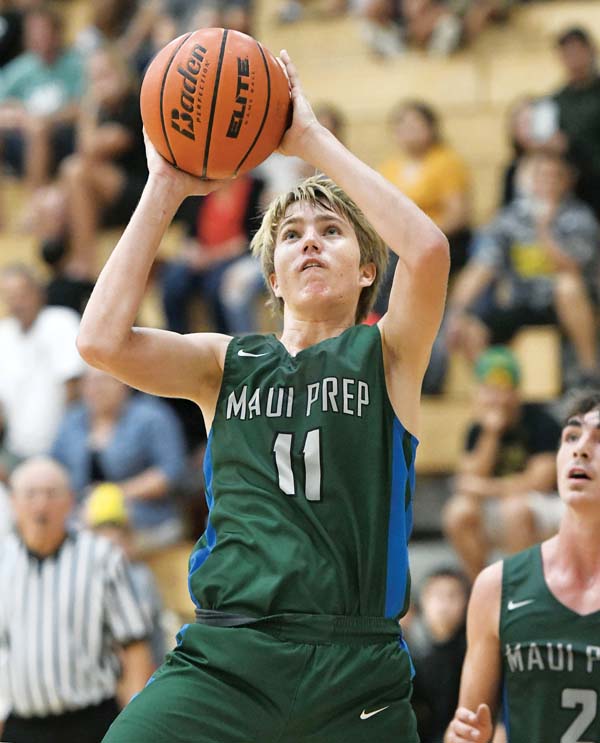 Maui Prep’s James Falk puts back a rebound for a layup during the second quarter Thursday.

“I mean, it was a good pass by Drew over here,” Bluh said. “It just feels good to win it for my team, especially the seniors. It would have been their last game if I didn’t hit it. I mean, that’s for them.”

MPA (8-4) moves to the MIL D-II tournament final tonight against regular-season champion Seabury Hall. Na Pueo must win to force a winner-take-all game Saturday for the only state berth that the MIL gets at this level.

A Seabury Hall win in either game sends the Spartans to the state tournament next week.

“Just to come out as like a small school, first year, we shocked everybody,” Bluh said. “It just feels great.”

Lanai took a 58-54 lead on a pair of free throws by Jesse Sigrah with 21 seconds to go to cap a 15-6 run by the Pine Lads to begin the fourth quarter. 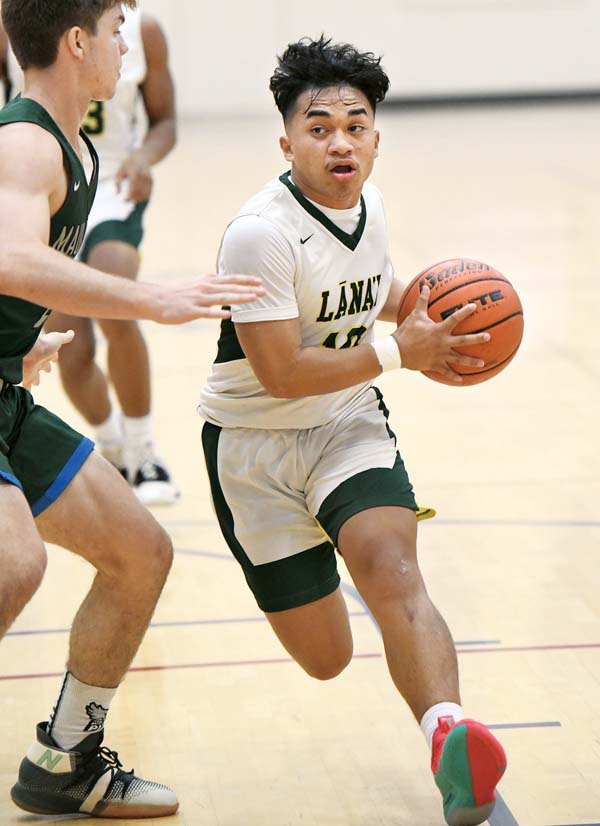 The second-seeded Pine Lads led 56-51 before Triplett completed a three-point play with 1:35 to go.

Sigrah missed the front end of a one-and-one with 47 seconds left, but Maui Prep’s James Falk dribbled the ball off his leg with 23 seconds to go to set up the final drama.

“They beat us (twice) in the regular season, it just feels good to get redemption against them,” Bluh said. “Drew is such a good player, I thought he was going to take it to the rack (on the final play). He told me that after the game that he was going to do it.”

The game was close throughout — it was tied 31-31 at halftime and Na Pueo led 48-43 going to the fourth quarter.

Lanai saw its season end at 8-3. The Pine Lads came into the tournament seeded second after a pair of close regular-season losses to defending champion Seabury Hall (11-0). 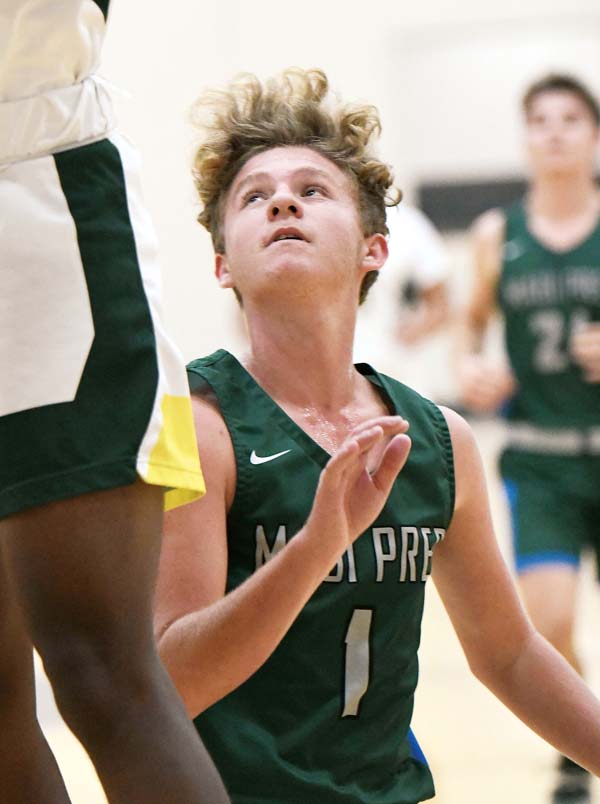 Na Pueo’s Bennett Bluh positions for a rebound in the first quarter.

MPA coach Chris Salem said it was a special win.

“You know, these boys, they’re young, they’re mostly sophomores and there’s just no let-up in them,” Salem said. “The most wonderful thing is how cohesive they are. They like each other and you could see it in the way they play.”