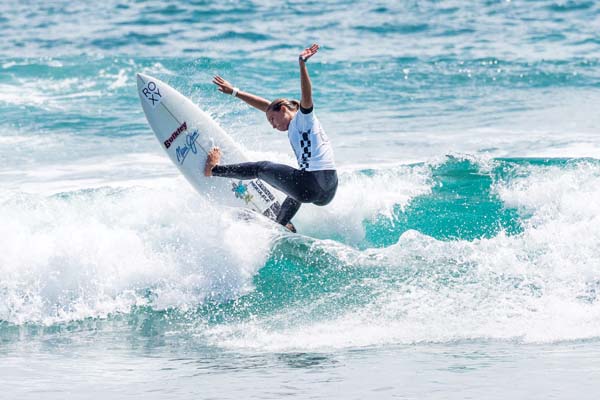 Summer Macedo was only 2 years old when she hopped on a longboard alongside her father in waters right outside their house in Lahaina.

Now at the age of 19, the young Lahaina wave rider has almost a lifetime of experience as she heads to the Sisstrevolution Central Coast Pro — a World Surf League Women’s Qualifying Series event — in Australia later this month as she works her way toward reaching the sport’s top level.

“I feel like Maui is the best place ever, that’s just my opinion, so to be able to represent it internationally and just Hawaii as a whole, I’m really proud,” Macedo said on Friday morning after a training session. “I just try to spread aloha wherever I am and, like, if people want to know about Hawaii and the surfing culture in Hawaii, I try to tell them about it. It’s really cool.”

After the Central Coast Pro, Macedo will stay in Australia for the Doyle Partners Women’s Pro and Sydney Surf Pro, and then head to the Corona Piha Pro in New Zealand at the end of March.

Macedo is coming off a 2019 season during which she placed third in the Florida Pro and fifth at the Volkswagen SA Open of Surfing. 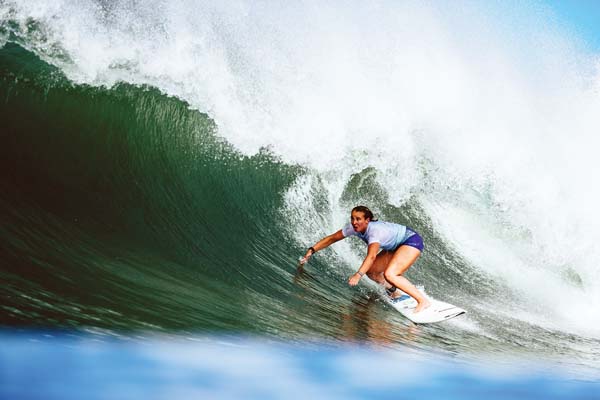 Summer Macedo competes at the Beachwaver Maui Pro at Honolua Bay in November 2018. Macedo has competed in the last two editions of the Maui Pro, finishing equal-ninth both times. WSL / Ed Sloane photo

She also made her second straight wild-card appearance in the Maui Pro, the final stop on the WSL Women’s Championship Tour. She’s finished equal-ninth both times at Honolua Bay, both times being eliminated by Oahu’s Carissa Moore, a four-time world champion and Macedo’s surfing idol.

“She’s very respectful, and even though she’s accomplished so much, like, she takes the time out of her day to talk to whoever wants to talk to her, and give them whatever knowledge, and she gives people waves and is very respectful in and out of the water,” Macedo said.

A flame lit inside Macedo when she competed in her first-ever surf contest at 10 years old in the Pohai Na Keiki Nalu competition at Launiupoko Beach Park.

“I remember getting there early, getting into the water early before the contest started and then just hanging down there all day with all our friends,” she said. “I just thought it was really cool that surfing brought the community together in that way.”

From there, she’s captured a bevy of national and world titles, and represented Hawaii as well the USA in international competitions.

“I definitely feel like I had a natural talent for it, but when it came to competing and trying to be the best of the best, you really have to, like, put time in, work with coaches, and that’s what I did,” she said. “I’ve had to work really hard to get to where I’m at.”

Since surfing has always been a family activity, her brother Ocean Macedo also picked up skill and passion for the sport. The 18-year-old is already a regular competitor on the men’s QS tour, his best finish a runner-up showing at the Papara Pro Open in Tahiti in 2018.

With their busy travel schedules, the siblings do not see each other much, but “when we are home together, we’ll go surf and go train together, and it’s really awesome,” Summer Macedo said.

Macedo completed one academic year at Lahainaluna High School, but had to switch to an online institution to accommodate her frequent travel to national and international events.

Making the transition from amateur to pro was “a little bit hard” in the beginning but she had the opportunity to get her feet wet at a couple junior pro events before turning 18.

And like Macedo has done most of her life, the ukulele playing, singing surfer reminded herself that she can do it.

“I got to compete out of Hawaii at, like, a pretty big level, but I wasn’t trying to make the world tour yet so that was my introduction for it,” she said. “So I knew what was coming when I went on the tour.”

While she focuses on her upcoming 2020 pro competition schedule, Macedo also has her dreams set on the Olympics — surfing makes its debut this summer in Tokyo.

Surfing becoming an Olympic sport is “pretty incredible,” she added, saying that surfers haven’t entirely received the recognition they deserve.

“Surfers haven’t really been seen in the past as like true athletes, so I think that it’s very validating that it will be in the Olympics now because surfers do work really hard, like professional and competitive surfers, and free surfers,” she said. “I think it will be really awesome to watch and just really excited to hopefully be a hopeful for the next one.”

While she’s still learning and growing, Macedo hopes to show other young aspiring female athletes that “nothing beats hard work.”

“Be determined and love what you do,” she said. “If you put in the time and just really like being good at your craft, there’s really no way that you can’t be successful.”