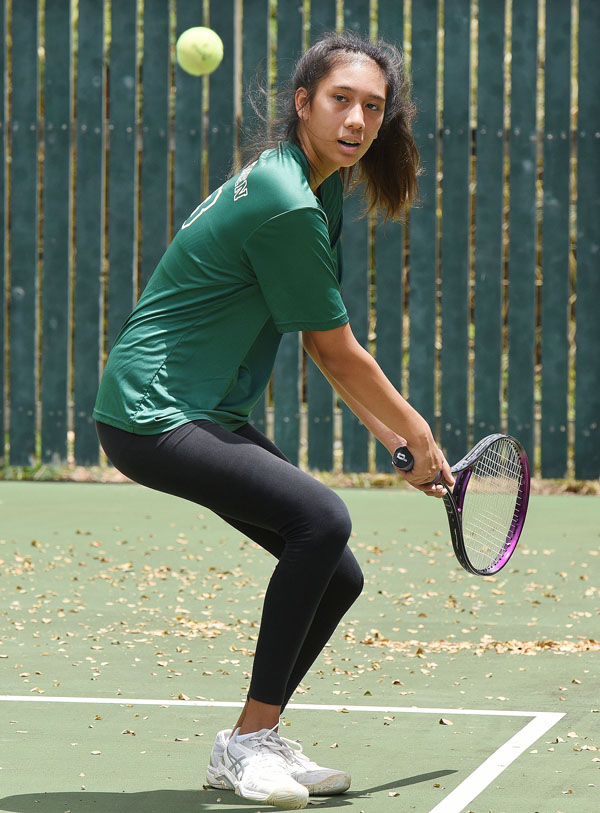 WAILUKU — The Ahana family couldn’t believe their luck as they occupied the upper two tennis courts at War Memorial Complex on Saturday morning, the first day that tennis and pickleball courts were opened in Maui County since the shutdown orders due to the COVID-19 pandemic.

Maile Ahana was watching her husband Peter hit balls with daughter Uilani, 10, while Aubrey, 14, and Waika, 12, were on the other court facing each other. Youngest son Pekelo, 8, was enjoying a video game on a nearby bench.

Maile Ahana said that there was “a lot of excitement, especially between these two (Aubrey and Waika)” when the announcement was made last week by Mayor Michael Victorino that tennis courts would be among the parks facilities that would be reopening on Saturday.

“Because when the pandemic came, they were very sad that the parks closed,” Maile Ahana said. “And then they thought, ‘Well, the parks could be closed, but at least we can still play tennis.’ Then the courts were closed, so this is something that we truly enjoy doing as a family, just to come here on the weekend, just a couple hours of play as a family.” 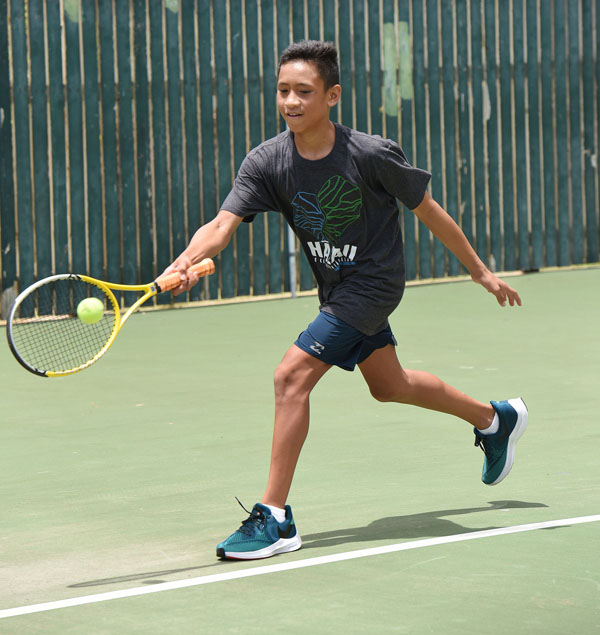 The sight of tennis being played at the War Memorial facility — usually the busiest in Maui County — with courts available and no one waiting on a Saturday morning would have never happened prior to the pandemic shutdown.

Aubrey Ahana said that she couldn’t wait for the courts to open.

“I was really excited,” she said. “Me and my brother, we really wanted to play tennis, so when we heard we were, like, ‘Oh my gosh, we can play tennis now.’ It’s really enjoyable. I get to teach my other family members how to play tennis since they don’t know how to play, so we all get to help each other out on developing our skills. 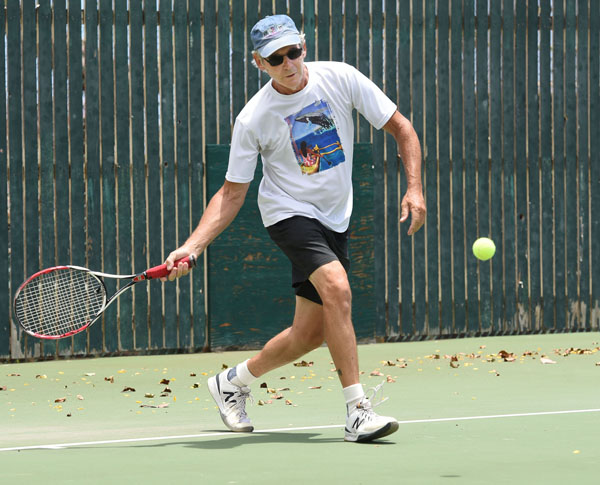 “It’s really nice having the entire courts to ourselves.”

Peter Ahana said the opportunity to use the courts as a family couldn’t have come at a better time.

“This is extremely important,” he said. “The kids have been stuck in the house and they all like to play tennis, besides surfing and everything else. We were really happy when we heard the tennis courts were going to be open. I was actually thinking we have got to get there early — everybody who plays tennis is going to want to play.

“Luckily we came and it was empty.”

On the lower pair of tennis courts at War Memorial, the only set of players were Jim Bauer, 67, and Pearl Rockett, 73. 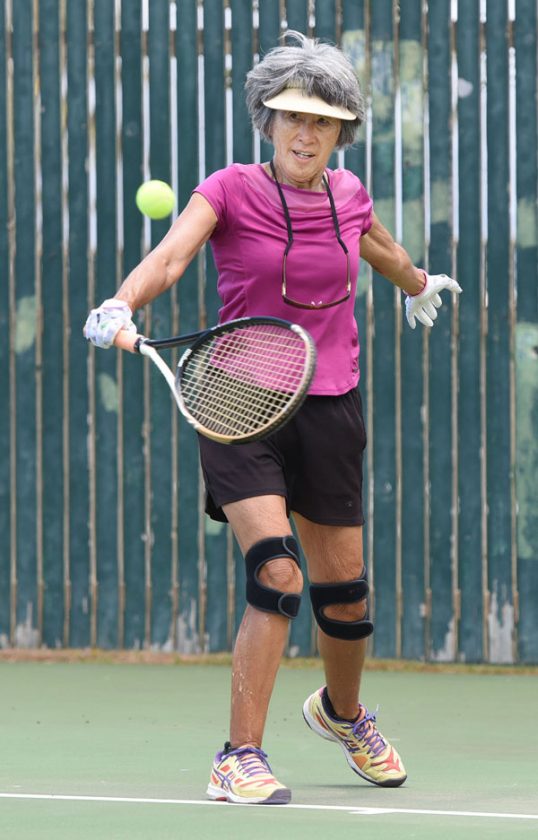 “I am ecstatic, I am very happy to be able to get back to playing tennis because that is a big part of our exercise, our social life, so it’s great,” Bauer said.

Bauer was pleasantly surprised that the courts were so open.

“It’s quiet, it’s nicely quiet. I have to give it that,” he said. “No, I can’t imagine that on a Saturday morning on a beautiful day that it would be this empty.”

“This is a great birthday present, thank you to the mayor,” Bauer said.

Bauer admitted that he was also surprised at the lack of activity.

“A little bit, coming up here we expected to wait,” he said.

Although the USTA safety guidelines that are linked on the county website don’t prohibit playing doubles, it does say “You should consider not playing doubles, which could lead to incidental contact and unwanted proximity.”

In the same bullet point, it says “NO Bryan Brother chest bumps and NO whispering to each other from a close distance to strategize.”

Rockett said that any suggestion not to play doubles is silly. She thought that may have had something to do with the small crowd.

“I’m very surprised, but also not that surprised because you can only play singles and most of us cannot play singles,” she said. “I don’t know if a lot of people came out earlier or what, but yeah, I’m surprised and I’m really happy we got a court.

“Usually, in the evenings especially, you would have to wait your turn, a long time. So it is surprising that there aren’t that many people here today.”

She reiterated that the game for many seniors is done through doubles and she felt that social distancing could easily be maintained.

“Tennis is a game where you don’t really have contact,” she said. “And even in doubles you are six feet or more from each other. You’re going to hit somebody with your racket, so you cannot be too close to each other.

“I was very surprised, I was very disappointed and I’m hoping that they will reconsider it very, very soon just so we can get out here and get our exercise in because I’m aging really fast from not playing tennis.”

Rockett said that her mental health stays solid through tennis.

“For me, tennis is a big thing in my life,” she said. “And it encompasses everything, from mental, from physical, from social, gives me a direction in life. Being stuck at home for two months was very hard, I needed to go hit the wall or something.

“So now I don’t have to make baked bread anymore. I can come out and play tennis.”

(Waipuilani Park courts closed for repairs, will open when completed)