Cowell, other Rainbow Warrior seniors returning for one more run at title 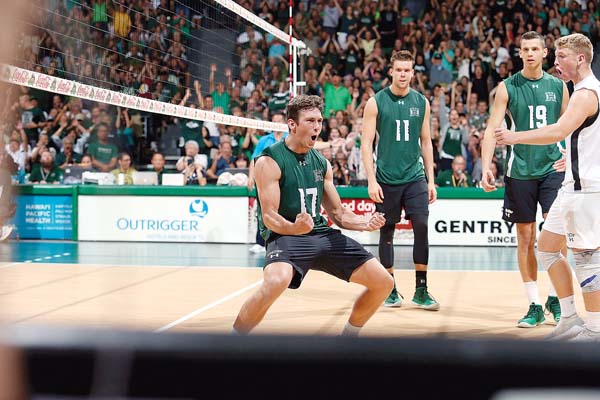 The University of Hawaii announced Thursday that all four seniors on the men’s volleyball team, ranked No. 2 in the nation when the season was halted in March due to the coronavirus pandemic, will return next season.

King Kekaulike High School graduate Colton Cowell, who was named a second-team All-American last month, is one of those seniors.

“This decision provides closure in terms of getting to leave this unfinished business back in the past now and moving forward it’s going to be an incredible opportunity for the four of us,” Cowell said in a video posted on the team’s Twitter page. “Not only the four of us, but the rest of the athletic department to bring student-athletes back that experienced a very difficult decision on behalf of cutting certain athletics and ending seasons for multiple sports throughout the country.”

Added Cowell: “I think sports in America is extremely important and I think will create a revitalization and a resurgence for a lot of programs, including ours. I think sports is going to become an incredible influence and spectacle for people to watch moving forward now that they really get to appreciate what it does for the community, especially here in Hawaii with how important sports are culturally.”

The announcement came shortly after UH athletic director David Matlin said the school would be allowing seniors who had their seasons cut short to return for the 2020-21 academic year. 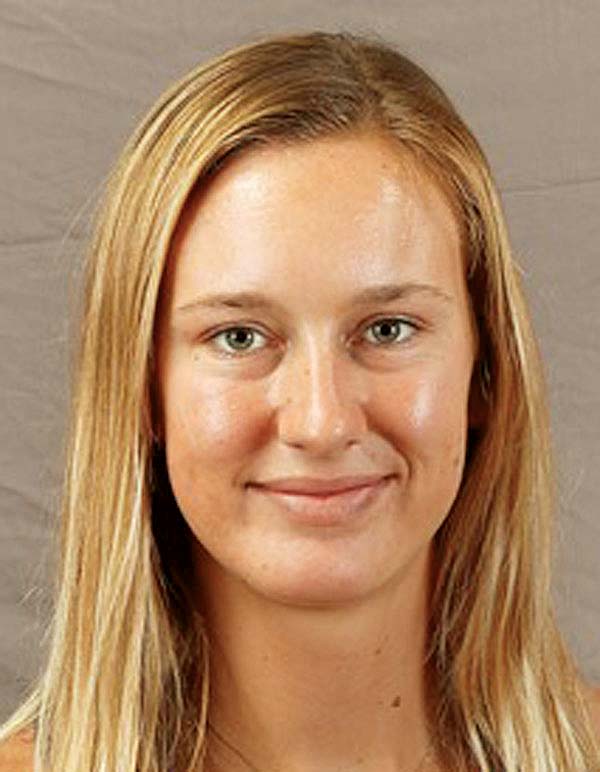 “We are excited about news coming out of our athletic department today that the policy and the path to allow the seniors to extend their eligibility has been defined,” Wade said. “Obviously this is a trying time for everyone and I think that this is a decision that we were hopeful would be made. We’re excited about the future that not only Warrior volleyball has, but just for our community as we start to move forward.”

Fellow Upcountry standout, Rainbow Wahine beach volleyball senior Amy Ozee, told The Maui News that she has decided to transfer from UH to use her final season of eligibility as a graduate transfer. She has narrowed her search to two schools, which she declined to identify.

The Seabury Hall graduate said she will never forget her rise to prominence in Manoa. She will leave with a marketing degree and plans on a professional career in the future. Her graduate plans include pursuing a master’s in quantitative economics or sports management.

“My past four years at UH have been an incredible experience, there’s no other school I’d rather play for, there’s no other state I’d rather play for, I’m so proud of my time there,” Ozee said. “I’m so thankful for the family I have built there with the coaches, my teammates, the staff, the other athletes. Getting to represent Hawaii has been the most special thing these past few years and it’s sad to say that I am leaving and my time is done, but I have to move and do what’s best for me and my education. I know that there’s just programs elsewhere that I’m more interested in and I have to look out for myself.”

Ozee ended her thought with: “I’m just so thankful, and always a ‘Bow.”

Wade’s team should return next season ranked near the top in the country, if not No. 1.

“I’m excited about the leadership and maturity that they bring into a practice gym,” Wade said of his returning seniors. “They are going to help our young players evolve and they are pretty good volleyball players. They are going to help us win a lot of games and continue to be in the conversation for a national championship.”

Wade did say that some funds may have to be raised to make sure all four seniors — Cowell, Rado Parapunov, Patrick Gasman and James Anastassiades — are taken care of.

“The reality of the economics of what COVID(19) has cost everyone is going to make it a challenge,” Wade said. “We are going to need the community’s help to get these guys back in school.”

Matlin said in a statement, “We have created a path for student-athletes who were not able to complete their senior season of eligibility to return for the 2020-21 academic year. Details will be worked out with each program in terms of academic plans, roster management and funding. No new institutional funds will be used.

“Decisions are not always easy during these unprecedented times, however we are proceeding in a financially responsible manner and in line with our mission to graduate our student-athletes.”