Mark Karaviotis bats during a game for the Visalia Rawhide, the Class A-Advanced affiliate of the Arizona Diamondbacks, last year. — Ken Weisenberger photo

The news ran the gamut for Maui’s three Minor League Baseball players on Friday amid massive job losses across the sport.

Maui High School graduate Mark Karaviotis, a Double-A infielder/outfielder for the Arizona Diamondbacks, was among the hundreds of players released as several reports around the industry said that affiliated minor league games are unlikely to be played this summer anywhere in the United States amid the coronavirus pandemic.

“Yesterday afternoon our farm director called me (with the news),” Karaviotis said Friday morning from his home in Arizona. “I obviously wasn’t expecting it based on the success I’ve been fortunate enough to have in my career and whatnot.”

Karaviotis heard from several others in the same situation before and after he received his news.

“Yeah, I’ve had quite a handful of other guys and teammates and friends and guys I’ve competed against throughout the years — I’ve been hearing of them getting released the last couple of days,” Karaviotis said. “Definitely, like you see on SportsCenter, upwards of 1,200 players in the last 48 hours or so have realized that their dreams are potentially halted. Definitely an unfortunate time right now, but minor league baseball players and baseball players are definitely not the only ones losing their jobs, being laid off right now. 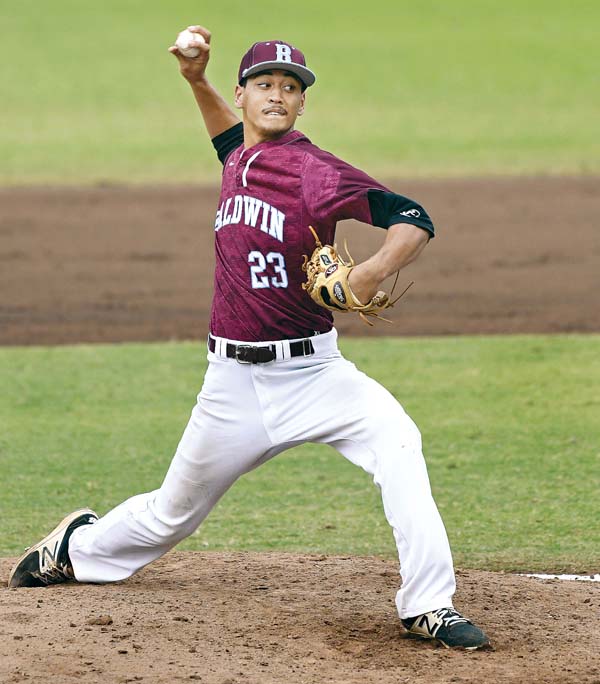 “This virus is definitely a bloodbath for all of baseball — players, scouts, coaches, you name it, they’ve hit everything.”

Karaviotis said he has heard of minor league teams and leagues that quite likely will not survive the scourge that is hitting the sport.

“It’s definitely tough, the game is changing for sure,” he said.

Over 200 players were cut Friday and more than 400 have been released over the past month according to transactions posted at MiLB.com, The Associated Press reported Friday. An ESPN report, citing unnamed sources, said the total could grow to well over 1,000 players over the next few days.

That leaves many players in a wait-and-see mode. 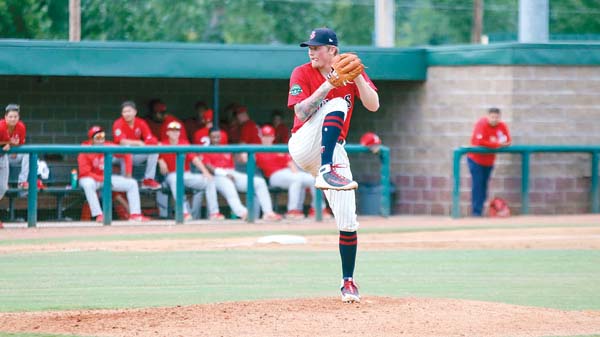 Bubba Hoopii-Tuionetoa, a 2018 Baldwin High School graduate and state player of the year for the state champion Bears, said he heard from his pitching coach in the Texas Rangers organization on Wednesday and there was no discussion of layoffs.

“Nothing really, nothing much yet, I mean still intact, I guess,” Hoopii-Tuionetoa said from his home on Maui. “We’re considered safe. I saw the numbers yesterday, that’s crazy all the guys they let go. I saw on Twitter that it would be a couple thousand by next week, and I was, like, dang, ‘That’s a lot of people.’ I haven’t gotten any notice, so I hope that’s a good indication.”

Hoopii-Tuionetoa, who was originally drafted by the Minnesota Twins in the 17th round out of high school, attended Pierce Junior College in Washington state before being drafted in the 30th round by the Rangers last year. He spent last summer working on arm strength in the Rangers’ rehabilitation program, but says he is ready to go any time now.

“I’ve been doing really good, throwing every day, getting in some extra work, whatever I can do with whatever I have,” he said.

The news was best for King Kekaulike graduate Ryley Widell, who turns 23 years old on Monday. Widell, a seventh-round draft pick by the Twins in 2017, was a combined 2-5 with a 6.20 ERA in 2017 and 2019 with the Rookie-level Elizabethton (Tenn.) Twins.

He missed the entire 2018 season with mononucleosis and had shoulder impingement issues all of last year.

“I just got an email today from one of our player development guys that says they’re going to pay some of us until August 31st and then there’s another tweet from a guy who works for the Twins that said they’re not going to release anyone,” Widell said from home on Maui. “They’re going to stay true to their young players, they’re going to commit to them, they know this is hard times for us.”

He has been throwing to Maui High catcher Keelan Yagi, a rising senior, recently in his twice-a-week bullpen sessions to stay ready.

“I saw yesterday they were going to be releasing 1,000 guys, so that’s like 30 per (organization), that’s like a whole (minor-league) team they have to get rid of,” Widell said. “I was a little nervous because the last three years I haven’t really done much, but that was because of an injury and I’ve been sick, had mono. It’s such a hard time, I didn’t think it was anything against me, it’s just kind of like how it is right now.

“I was optimistic either way because I’m confident even if I were to be (released) I felt like I would be picked up by another team eventually. I was a high enough draft pick and I got paid a decent amount of money. I just haven’t been able to show what I can do yet, just kind of been unlucky.”

Widell said he is honored to work for the Twins — he knows several pro baseball players out of work today.

“I was really looking forward to this year because I was throwing good, but then COVID happened, so now I’m hoping for next year — I’m just hoping to get that full season under my belt,” Widell said. “It was really nice to know that the Twins are doing that — the Twins … they take very good care of their players. I get like four different text messages per week, from our strength guy, our physical therapist, our pitching coaches — I have to update them every day, but I’d rather have that than not have that.”

Karaviotis said his agent has already fielded two inquiries from independent league teams, but he will take some time to evaluate his options as a free agent. He moved to the Double-A Jackson (Tenn.) Generals late last season after being the MVP of the California League All-Star game representing the Visalia Rawhide.

“Right now, there’s unfortunately a freeze block on all free agents, so we can’t be signed by another club until baseball resumes of any sort,” he said. “So once the MLB season gets going, if it gets going, that will be lifted so we’ll be able to re-sign and whatnot, but like I’ve told you — I’m 24, I feel like I’m in the best shape of my life and confident in my abilities, and confident that I can play six-plus different positions, confident that somebody else will believe in me and give me another shot.”