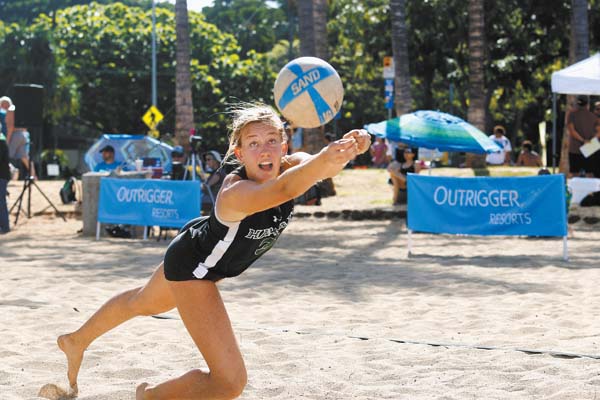 Amy Ozee told The Maui News on Saturday that she will use her final season of college eligibility to play beach volleyball at Cal Poly.

The Seabury Hall alum is a graduate transfer from the University of Hawaii, where she finished her career 79-27 as a four-year starter, garnered honorable mention All-American honors as a junior, and played in three NCAA tournaments. She leaves UH No. 5 all-time in dual match wins.

She was notified on Saturday that she had been accepted into the Cal Poly masters of science program in quantitative economics. The Mustangs are coached by Olympic gold medalist and former AVP star Todd Rogers.

“Just got accepted to my grad program, going to Cal Poly next year to play,” Ozee said in a text message.

The Seabury Hall graduate said in April she will never forget her time in Manoa — she recently graduated with a business marketing degree.

She had a national title in mind before the season was shut down due to the coronavirus pandemic after three straight top-four finishes to begin her career.

In the last poll released before the season was shut down, the Rainbow Wahine were ranked No. 4 in the nation, followed by Big West rival Cal Poly at No. 5. Both teams were 7-2.