A Maui County Council investigative group has recommended action, including the possibility of allowing “tiny houses,” to increase the islands’ inventory of affordable housing.

“Tiny homes are being used successfully in many communities on the Mainland to provide for needed housing,” according to a report released this week by the Temporary Investigative Group of the Planning Committee. “Some tiny homes are smaller homes (less than 400 square feet) that are built from conventional materials in the conventional manner. These homes are permitted under the county building code but are treated as any other home for zoning purposes. Other tiny homes are houselike construction built on a trailer chassis. It is unclear how tiny homes with wheels are treated for purposes of the building and zoning codes.”

The report notes that the development code of the city of Fresno, Calif., was amended in January to allow a tiny house on wheels to be used as a second dwelling unit, backyard cottage and accessory living quarters on single-family residential lots. There already is a Maui builder of tiny homes.

Department of Planning Deputy Director Michele Chouteau McLean said there’s nothing stopping property owners now from building one tiny home or even two, if there’s enough space on a lot. She noted that the County Code permits a home and an ohana on properties.

Allowing for three or more homes on a single lot in a residential area would require a change in the County Code, she said.

And, even though a house is “tiny” and less expensive to build than a conventionally sized home, its occupants still need electricity, wastewater disposal, trash pickups and parking, she said.

The other four of the group’s top-five recommendations include:

* Expediting the building plan review process by developing a catalog of preapproved plans.

* Identifying underdeveloped properties with multifamily and industrial designations that could be targeted for redevelopment as multifamily housing.

Most of the recommendations come with a list “pros” and “cons.”

For example, the “pros” for tiny homes include that such homes could help meet the county’s critical need for housing and are inexpensive to build; and there are model ordinances from other jurisdictions that can be tailored for Maui. The “cons” for tiny houses are that “if not properly regulated, they could proliferate in residential neighborhoods causing increased traffic, noise and burdens on existing infrastructure.”

And, “the long-term impact of tiny homes on the community is unknown,” the report says. “Creating separate, tiny home communities could lead to future urban blight.”

The report notes that Council Member Bob Carroll already has introduced a bill that would permit affordable accessory dwellings on smaller lots in the residential district. The county planning commissions have reviewed the measure, and the Department of Planning has submitted comments.

The Planning Committee may consider expanding the legislation to other zoning districts, but the investigative group members don’t want short-term rentals permitted on smaller lots.

McLean said the idea of allowing accessory dwellings on small lots has the greatest potential to have an immediate impact on the county’s affordable housing inventory.

The measure could be enacted into law “very, very quickly,” she said. “It could start making changes for people right away.”

The planning commissions have provided comments and have not opposed the idea, she said.

One issue for the bill is that it calls for price restrictions on the affordable homes, but that would be difficult to administer, McLean said, although it could be argued that, in the current housing crisis, “any inventory is good inventory, and let the market sort out pricing.”

Mayor Alan Arakawa has proposed allowing an additional ohana on larger lots and prohibiting any new bed-and-breakfast or short-term rentals in any such new ohana units, she said.

The group’s report says comprehensive rezoning by the council could take 12 to 18 months, but McLean said she thought it would take “a whole lot longer than that.”

The group reported its findings Thursday during a Planning Committee meeting. Couch said the committee took no action, but it would continue reviewing the report Wednesday and Oct. 20.

Other ideas by the Temporary Investigative Group of the Planning Committee to increase the inventory of affordable housing include:

* Hiring a third-party (not a Maui County employee) housing chief, or czar, to coordinate construction of affordable housing.

* Revising county housing policies to encourage the development of affordable housing and to reduce barriers and costs.

* Considering sale of county-owned properties at Maui Lani Fairways and Sand Hills Estates subdivisions and using the money from the sales to develop affordable housing.

* Proposing an amendment to the Maui County Code to require a larger percentage (4 percent) of real property taxes to be set aside for the county affordable housing fund.

The Maui News The state Department of Human Services is rescinding a controversial request for proposals process ... 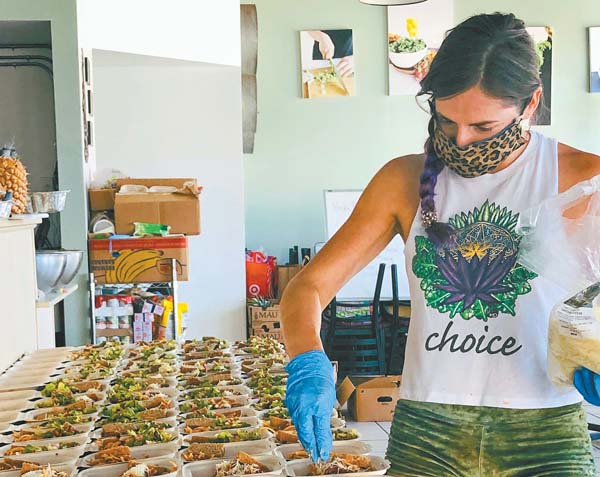 • One new case on Maui reported at noon Sunday, raising the county total to 120 (including two on Molokai and ... 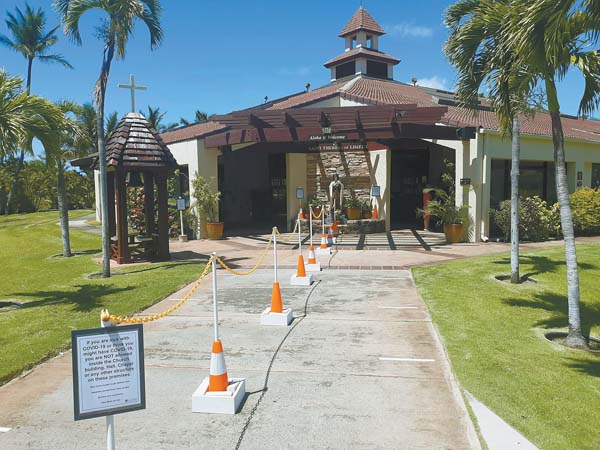 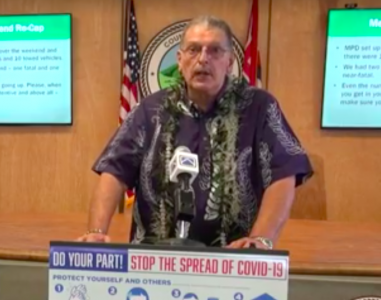