W.S. Merwin, Pulitzer winning poet, dies Friday at his Peahi home; he was 91 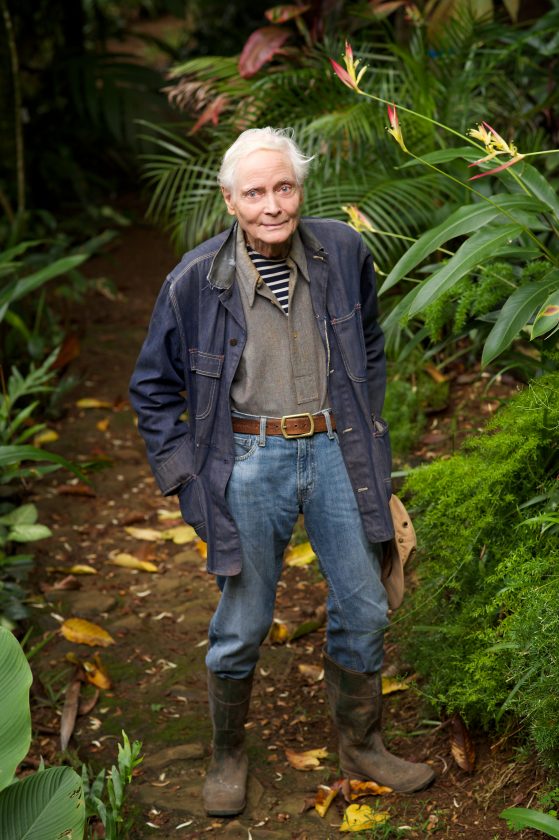 Two-time Pulitzer Prize winning poet, W.S. Merwin, a former United States poet laureate, died Friday in his sleep at his Peahi home, where he lived for about four decades.

Merwin published more than 50 books, including “The Shadow of Sirius,” which won the Pulitzer for poetry in 2009; “Migration: New and Selected Poems,” National Book Award winner in 2007; and “The Carrier of Ladders,” poetry Pulitzer in 1971.

His literary translations and dozens of books in translation include “Selected Translations, 1948-2011,” published in 2013; “The Collected Haiku of Yosa Buson” as well as verse by Pablo Neruda, Osip Mandelstam and Dante Alighieri.

Born in New York City in 1927 and raised in New Jersey and Scranton, Pa., Merwin was the son of a Presbyterian minister. Of his development as a writer, Merwin once said, “I started writing hymns for my father almost as soon as I could write at all.”

“It was not until I had received a scholarship and gone away to the university that I began to read poetry steadily and try incessantly, and with abiding desperation, to write it,” he said in an interview.

In the mid-1970s, Merwin moved to Maui to study Zen Buddhism with Robert Aitken, who encouraged Merwin to purchase a denuded 3 acre parcel of land in 1977. He would purchase two adjacent parcels in 1986 to bring his Peahi property to 18 acres, which includes the upper bed of Peahi Stream.

Merwin initially attempted to restore the native forest on the land but found the soil depleted of the nutrients needed. The native trees he planted died, but the palms survived.

That overgrown landscape was transformed into a forest with 2,750 palms. Merwin wrote many poems in his forest, including gardening as part of his daily routine.

“While writing his poetry, he is painting his canvas,” said Sara Tekula, director of communications and outreach for the nonprofit Merwin Conservancy, in a 2017 interview. The forest is “an extension of his artistry and vision for the world.”

He married Paula Dunaway in 1983 and together they brought life back to the Peahi land. She was a children’s book editor, according to a 1995 New York Times profile on Merwin. The couple met for the first time in 1970 and again 12 years later at a dinner party in New York.

Her care for her husband and attention to the details of their lives and relationship helped Merwin “to produce some of the greatest poetry of the last half-century,” the conservancy said in 2017.

In the later years, she took care of her husband, who lost his eyesight to macular degeneration, the conservancy said. She would read to him to keep him in touch with the happenings of the world.

The couple established the nonprofit organization, The Merwin Conservancy, prior to her death in 2010 to preserve and protect their home and its biodiverse landscape and to advance the poet’s literary legacy and his goal to create a Merwin Fellowship program to support poets, writers and artists. Plans include an artist-in-residency program that would use the home.

“William Merwin leaves this life having fearlessly and gracefully practiced and expressed his care for this world,” said Sonnet Coggins, executive director of the conservancy. “In so doing, he touched the lives of countless people, and enriched our lives beyond measure. In his spirit, we will look upon our work at the Merwin Conservancy with the same sense of wonder that beckoned his poetry and his garden into being and will embody in our every gesture the same integrity with which he lived his life.”

?He is survived by sister Ruth Moser, and ?stepsons? Matthew Schwartz and John Burnham.

The family asks that in lieu of flowers or cards, donations in W.S. Merwin’s honor be made to the The Merwin Conservancy. Its website is merwinconservancy.org/.

In the poem “For the Anniversary of My Death,” Merwin wrote:

“Every year without knowing it I have passed the day

When the last fires will wave to me

And the silence will set out

Then I will no longer

Find myself in life as in a strange garment

Surprised at the earth

And the love of one woman

And the shamelessness of men

As today writing after three days of rain

Hearing the wren sing and the falling cease

And bowing not knowing to what”