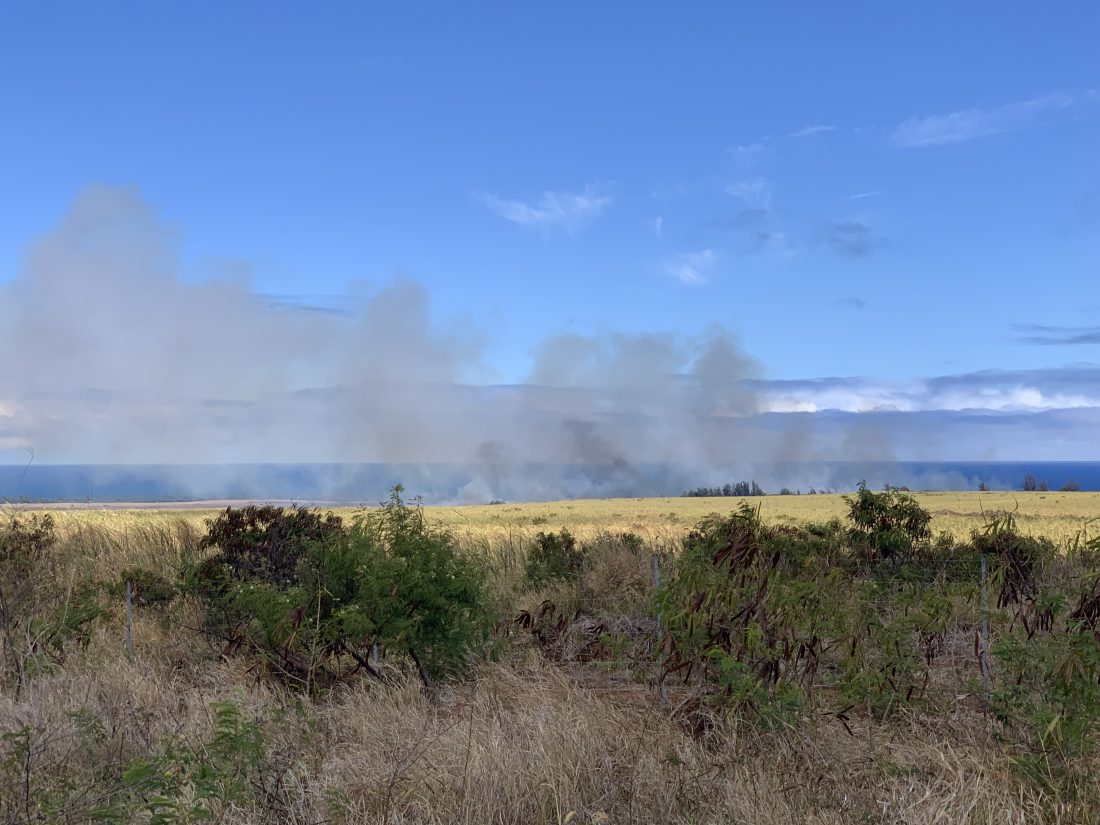 A brush fire that started near Maui Country Club on Friday morning had burned 200 acres by noon, a county spokesman said.

The fire was reported contained at 1:30 p.m., said county spokesman Brian Perry. Firefighters and equipment had fully surrounded the fire. The public was asked to stay out of the burn area because of hazardous conditions as firefighters continue mop-up operations.

Other firefighting resources committed include Engines 2 and 10, Hazmat 10 and Tankers 10 and 14. Goodfellow Bros., Alpha Construction and Sunbelt have been assisting with dozens of tankers, and Mahi Pono has contributed equipment, Perry said.

The fire was first reported at 8:37 a.m. Friday mauka of Hana Highway in the vicinity of the Maui Country Club and was moving in a southerly direction through former sugar cane fields, Perry said.

No structures are threatened.

Currently, there are no road closures. To check on possible road closures, go to the Maui Police Department Facebook page or call the County of Maui automated information system at 986-1200 and press 2.

The state Department of Transportation said flights out of Kahului Airport are not affected by the fire but urged flyers to contact their airlines.