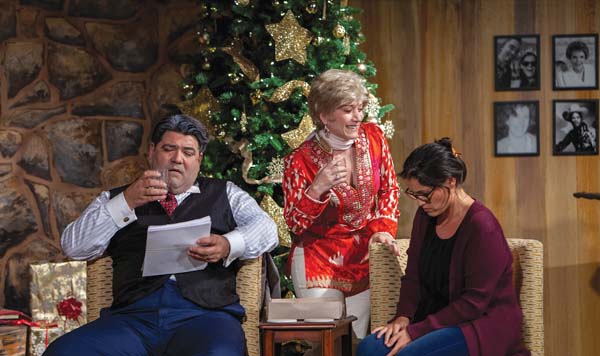 As voracious consumers of American movies and television, we are all subconsciously prone to focus on the person who is talking. In theater, by doing so you are only seeing one fragment of a story.

ProArts’ “Other Desert Cities” may be its most captivating production, but if you’re not watching the silent reactions of its gifted cast, you’re missing most of the story. Great stage acting is reacting to the primary action, and that is exactly what you will witness at the ProArts Playhouse in Kihei.

As Act 1 begins, we meet the good-humored and privileged Wyeths, a wealthy Palm Springs, Calif., family with ties to both Washington, D.C. and Hollywood. It is Christmas Eve, and the entire family has gathered together for the first time in a long time. 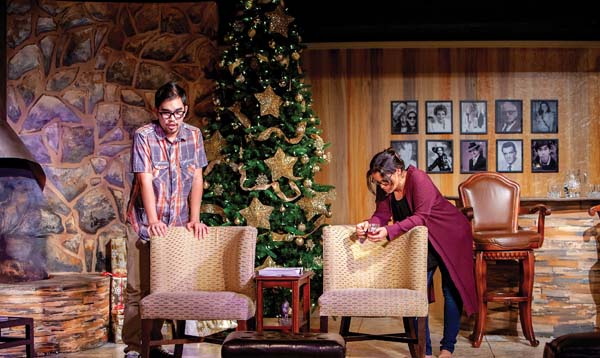 Our search for the secrets of the Wyeths, which are withheld for a prolonged period of time, is what makes “Other Desert Cities” so captivating and nearly impossible to predict. An unanticipated twist ending comes very late in Act 2.

Although there are no unnecessary scenes in Baitz’s script, I would have enjoyed some additional dialogue between the sisters who are the nucleus of the Wyeth’s hushed sullenness. Both Smith and Lem personify these roles, and many of their finest performance moments are presented in silence.

Both actors, through body language and facial expressions in observance of the ongoing quarreling, anchor Director Mark Collmer’s production by providing accurate and truthful reactions towards painful memories bared out at this not-so-merry Christmas. 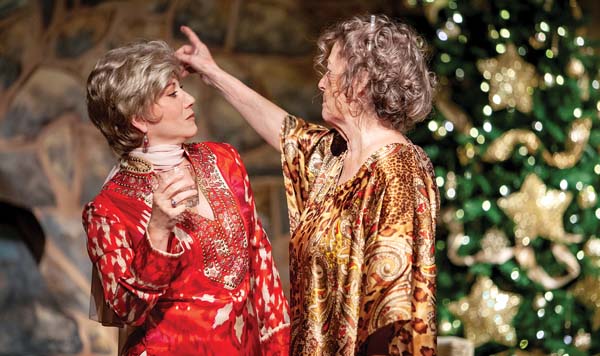 Smith (left) and Carol Lem are sisters with issues.

Another noteworthy aspect to Collmer’s direction is the familial similarities between father and son, and sisters and daughter. Francis Tau’a plays Lyman Wyeth, a former wars and westerns movie star who later emerged as a leader in the California Republican Party during the Reagan era. Tau’a benevolently wishes to skim over the unpleasantness and enjoy a holiday gathering with as little conflict as possible.

Borge, as his son Trip, the producer of a frivolous courtroom TV show called “Jury of Your Peers,” plays the most carefree character in Baitz’s play, but finds many an appropriate actor’s moment to both defend and accuse. He is the audience’s voice, as if we walked in on a highly personal spat and did not wish to weigh in. In a play about truth, Borge may offer the most truthful statement in his final judgment: “I do not recognize the people in this book, but it is the best thing you have ever written.”

The book is Brooke’s memoir of her flawed family’s sins and the suicide of her beloved older brother, Henry.

Brooke’s fieriness and East Coast posture electrically contrast and energize the production from start to finish. Brooke impatiently hovers over Trip, swishing a drink, while waiting for him to finish reading the memoir.

It is a perfect stage moment, again presented in silence, which reveals a great deal of Brooke’s demeanor and mirrors Polly and Silda’s manners. Although Polly disapproves of Brooke’s sarcasm, she, herself, comically declares extreme choices to be the problem with her children’s generation: “You’re either meth addicts or vegans.” 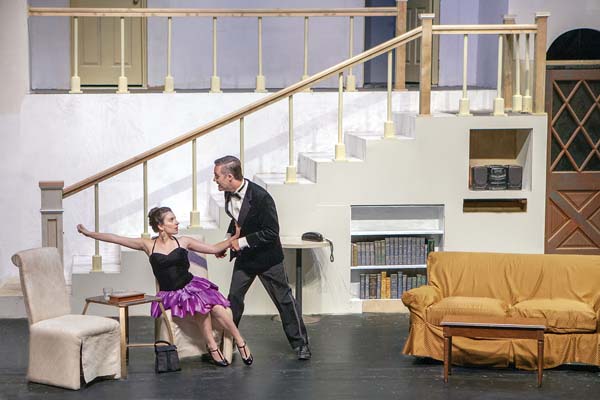 Hana Valle (left) and Dan Church bicker with great wit and timing throughout “Rumors,” opening at the Historic Iao Theater in Wailuku on Friday.

In Act 2, Lyman breaks the dam of denial revealing the real truth that only he and Polly know — a secret they have kept for over 25 years. Brooke’s tempered deep emotion gasp without tears while Lyman is no longer able mask his emotions is the finest moment of “Other Desert Cities.”

What we discover in this moment is what Silda warns Brooke of: “The truth is an expensive hobby.”

There are many elements in this play reminiscent of Eugene O’Neill’s “A Long Day’s Journey Into Night,” a thought that particularly comes to mind when Lyman suggests that Brooke publish her book after he and Polly are dead. O’Neill stipulated that his autobiographical “Long Day’s Journey” should not be produced until after his death, which it wasn’t, yet it is widely regarded as his finest writing.

There is a price to pay with truth: it’s hard to listen to and even harder to play. Lyman spends half a lifetime playing a disingenuous B-movie role, while Brooke suffers from believing a truth that is not factual.

From Collmer’s superb direction, ideal costumes by Vicki Nelson, a sumptuous set by Jim Oxborrow and Jennifer Rose, and the magnificent ensemble work by this cast, “Other Desert Cities” is a benchmark of excellence for ProArts, and even though it is the first play of the 2018-19 season, it may end up being the finest of the year.

“Other Desert Cities” continues at 7:30 p.m. Thursdays through Saturdays and 3 p.m. Sundays through Oct. 7 at the ProArts Playhouse in Azeka Place Makai in Kihei. For more information or to purchase tickets for any ProArts event, call 463-6550 or visit www.proartsmaui.com.

Considered by many to be the greatest tragedy ever written, “King Lear” sees two aging fathers, one a king, one his courtier, who reject the children that truly love them. Blindness unleashes a tornado of pitiless ambition and treachery, as family and state are plunged into a violent power struggle.

* Screening is at 7 p.m. Thursday, Sept. 27 at the Maui Mall Megaplex 12. Reserved seats are $18.75 (plus applicable fees) and are available at www.fathomevents.com.

Join the Maui Academy of Performing Arts for its 30th annual Garden Party from 1 to 5 p.m. Sunday on the beautiful shady lawn of the Yokouchi Family Estate in Wailuku. Enjoy Broadway-caliber entertainment featuring the stars of “Into the Woods,” a chef’s festival with gourmet cuisine from Maui restaurants, fine wines, locally brewed beer, live jazz, a silent auction and fresh art — on-site created paintings to be auctioned off at the live auction not long after the paint has dried. Proceeds benefit MAPA’s educational performing arts programs, including its December production of “Nutcracker Sweets” at the Maui Arts and Cultural Center in Kahului.

* All-inclusive tickets are $75. The Garden Party is a 21-and-older event. For more information or to purchase tickets, visit www.mauiacademy.org.

Maui OnStage presents its season opener “Rumors” by Neil Simon, directed by David Belew. In the farce — not unlike a pretentious Moliere gathering — Charlie Brock (unseen in the play), the deputy mayor of New York City, has shot himself just before his 10th wedding anniversary dinner party. His wife is nowhere in sight, and his lawyer, Ken Gorman (Lou Young), must get the story straight before the guests — Manhattan’s elite — and a couple of NY police department officers, arrive. Chris Gorman (Ally Shore), Ken’s wife, calls Charlie’s doctor, but before she can tell him what has happened, her husband commands her to not inform the doctor of the shooting.

The rest of the guests start arriving immediately. Lenny (David Negaard) and Claire Ganz (Jennifer Rose) are first, and inform the Gorman’s that they’ve just been in a car accident. Next up is Ernie Cusack (Perry Kunin), a psychologist, with his eccentric wife Cookie (Cindy Reeves). The final guests, Glenn (Dan Church), a politician running for the New York State Senate, and his girlfriend Cassie Cooper (Hana Valle) bring their hot-tempered relationship and quarrel continuously.

* Performances are at 7:30 p.m. Fridays and Saturdays and 3 p.m. Sundays through Oct. 14 at the Historic Iao Theater in Wailuku. To purchase tickets for any Iao Theater event, call 242-6969 or order online at www.mauionstage.com.