End the year with laughter

Bill Maher ushers out 2018 with his annual Maui show 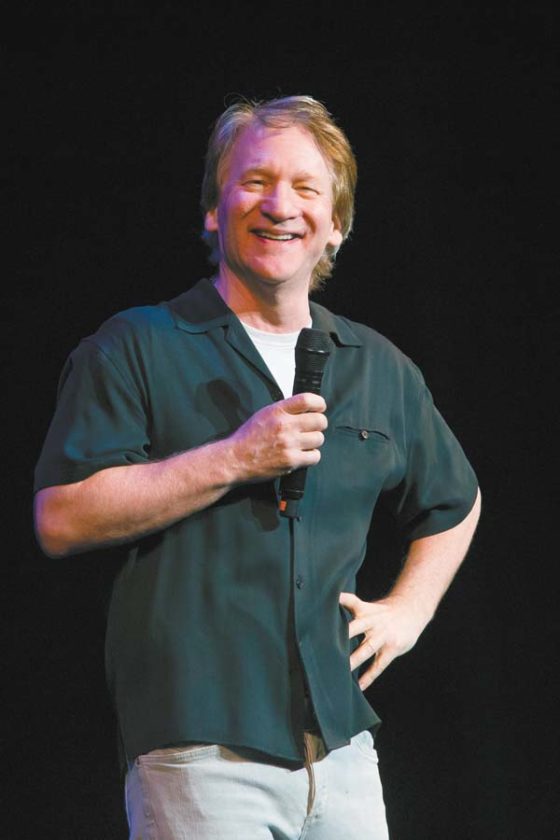 Comedian Bill Maher will be ringing in the Maui New Year along with standup comedians Natasha Leggero and Carol Leifer at Rick Bartalini Presents Bill Maher’s eighth annual New Year’s Comedy Extravaganza, 7:30 p.m. Sunday, Dec. 30 in Castle Theater at the Maui Arts & Cultural Center. Tickets are $79.50 and $99.50 (plus applicable fees). To purchase tickets for any MACC event, visit the box office, call 242-7469 or order online at www.mauiarts.org. This performance contains adult content and is not appropriate for children. Kat Wade photo

There are a few backstage columns that have become a tradition for me, and having my annual chat with Bill Maher always reminds me I’m running out of time to prepare for the holidays. After seven years of New Year’s shows, I realized I have never asked Maher if he had any resolutions.

“My resolution is to do the resolutions I made in 1975. I’m still working on those,” he said. “At age 63, I’m not sure resolutions are the ticket. Still, this could be the year. One year I tried to meditate, but it was boring and I just didn’t want to– ‘Can’t I do this when I’m dead?’ “

Maher returns to Maui with the New Year’s Comedy Extravaganza at 7:30 p.m. Sunday, Dec. 30, in the Castle Theater at the Maui Arts and Cultural Center in Kahului.

In previous years, Maher performed on the evening of New Year’s Day, and I wondered why he decided to change to Jan. 30.

“On New Year’s Day night everyone is tired. The 30th seemed like the perfect night — who goes out on the 30th? There’s nothing happening, and a lot of people will have a few days off. It’s a comedy show, so it’s not like you’ll be drinking heavily — I would hope not. So come see the show, and get your drink on the following night,” he expressed. 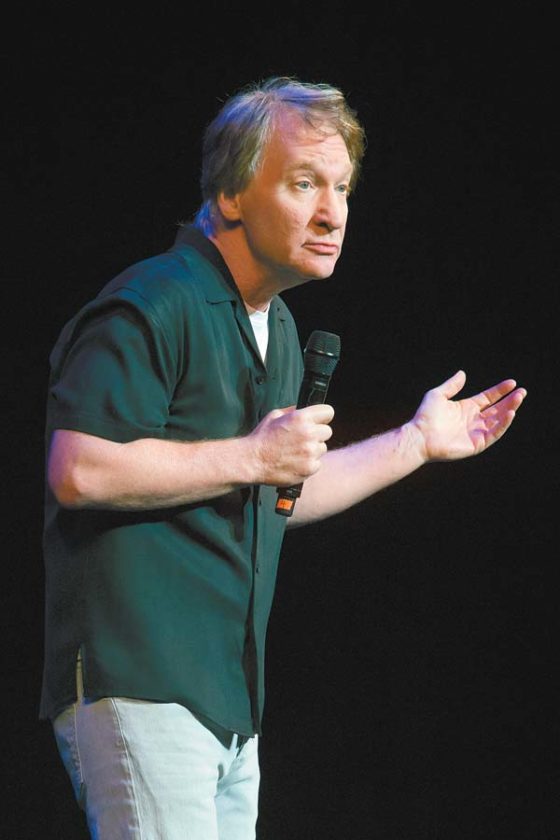 This year marks the eighth time Maher has performed in Hawaii at year’s end — he does this in part to hang out with Woody Harrelson.

“That’s also a tradition. He’s Maui royalty, and he won’t let me forget that. I can’t give anything away, but I have a surprise in mind this year. His presence will certainly be felt.”

Surprises aside, comedians Natasha Leggero and Carol Leifer will be performing with Maher this year.

“I’m so excited that both will be joining me. I first saw Natasha on the Roasts (Comedy Central), and I’ve become such a fan of hers. She’s always fantastic. I had asked her to join me a few years ago, but she was having a baby. So I kept at it and said ‘Please come to Hawaii this year.’ She said, ‘Can I bring it?’ (the baby), and I said, ‘No, this is an adult trip.’ So I convinced her, and she’s coming with her husband this year,” he shared.

“I’ve known Carol for more years than I want to go into. She’s a legend. We started out together in the clubs, and her work has only gotten better,” he added. Wendy Liebman, who appeared at the MACC two years ago, was originally scheduled to perform, but sadly she was recently injured in an auto accident. 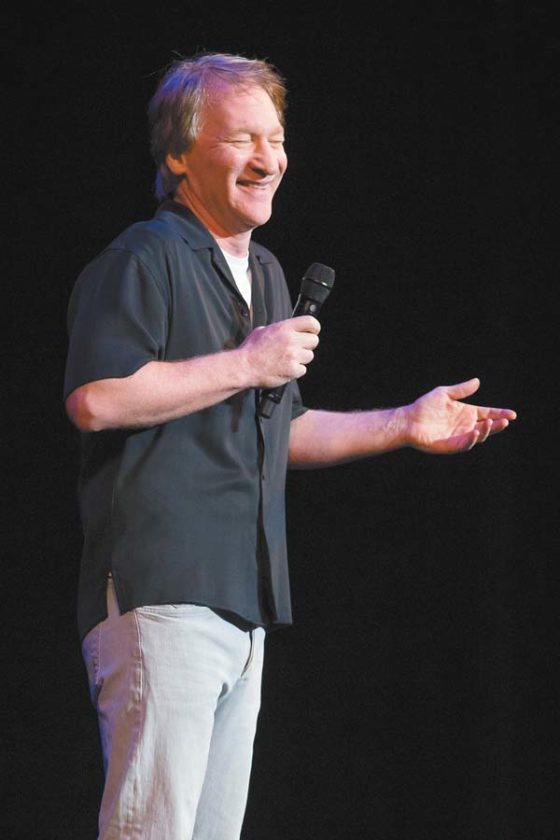 Never a stranger to having his biting observations scrutinized, Maher was recently chided for a comment he made following the death of Marvel Comics founder, Stan Lee. Maher poked fun at adult comic book fans and argued the legitimacy of comic books as an important medium, which was interpreted by many in the community as disrespectful of Lee’s passing.

“That’s a great example of me making my point for me,” he said when I inquired about the backlash. “I read comics now and then as a kid, but I’m not ten.”

In defending his comedy rant, Maher also suggested that the Comic Con and sci-fi culture enables adults to behave like children.

“If you’re a grown adult and think that Batman is a profound commentary on the human condition, you’re delusional. I don’t apologize for anything.” 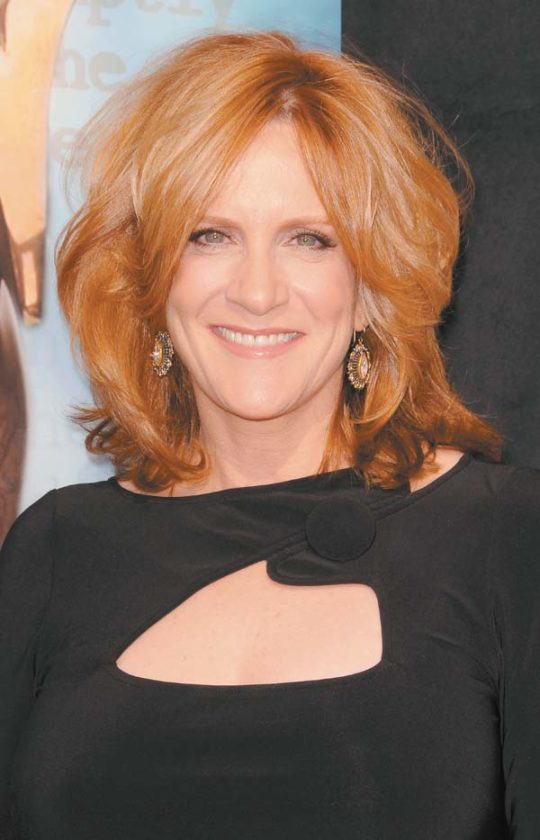 Immediately after last year’s performance on Maui, Maher posted a photo of himself groping a sleeping Bob Sagat, mimicking the photo that led to former Sen. Al Franken’s resignation, and I asked if he got any backlash.

After 25 years, I wondered if he had contemplated stepping away from television and criticism of his brand of political comedy.

“I can’t predict that. All things come to an end. Johnny (Carson) did 29 years, but even that came to an end. I can’t imagine not wanting to do the show, and as far as material goes, the country seems to be getting worse and worse. The more trouble we get in, the more I feel that the show is a service to our viewers. It’s gone beyond comedy and entertaining. The great thing about being a comedian is that you don’t have to retire. George Burns booked a gig for his 100th birthday!”

I asked if he had any all-time favorite guests.

Many speculate that thirty candidates will enter the presidential race in 2019, and I asked Maher to share his thoughts.

“I think as many should run as want to. Let the people decide. There is some validation that Bernie (Sanders) was not given a fair chance, and it’s important that the Democratic primaries don’t appear to be rigged. The coronation certainly did not work last time around (of Hillary Clinton). Let 1,000 flowers bloom, and let’s see where the excitement lands. Sure, I’d like to see Beto (O’Rourke), Eric Holder, my governor Gavin Newsome, Kamala Harris. Let’s look at everybody and find the strongest candidate to beat orange Hitler.”

ProArts and Cabaret & Cocktails conclude “Naughty Noel,” an adult holiday fundraiser for ProArts. This variety show features music, comedy, dancing and a different host and lineup of entertainers every night.

* Performances are at 7:30 p.m. Friday and Saturday and 3 p.m. Sunday. Tickets are $26. For more information or to purchase tickets for any ProArts event, call 463-6550 or visit www.proartsmaui.com. This event contains adult content and is for audiences 21 and older only.

Catch Hannibal Buress and Lil Rel Howery in concert at the MACC’s Castle Theater Saturday, Dec. 29. Frequently seen on Comedy Central and many late night talk shows, Buress is a cast member on “Broad City,” former co-host of Adult Swim’s “The Eric Andre Show” and has written for NBC’s “Saturday Night Live” and “30 Rock.” Joining him on the bill is actor and comedian Milton “Lil Rel” Howery, best known for his roles as Robert Carmichael in “The Carmichael Show and his current Fox series, “Rel.”

* Performance is at 7:30 p.m. Saturday, Dec. 29 in Castle Theater at the MACC. Tickets are $39 and $49 (plus applicable fees). To purchase tickets for any MACC event, visit the box office, call 242-7469 or order online at www.mauiarts.org. This performance contains adult content and is not appropriate for children.

Comedian, healing coach, teacher and public event speaker JP Sears brings his uplifting humor to the Historic Iao Theater in Wailuku. The satirical Sears slices through the nuances of the new age community, self-help movement, health practices and his own life through laughter while inspiring audiences to live their best lives.

* Performance is at 7:30 p.m. Saturday, Jan. 5 at the Historic Iao Theater in Wailuku. Tickets range from $42.50 to $98.50. Limited VIP tickets are also available, which include a post-show event with Sears, photo, autographed merchandise and a group Q&A session. To purchase tickets, call 242-6969 or order online at www.mauionstage.com.