Sounds of summer 2019 have Maui connection 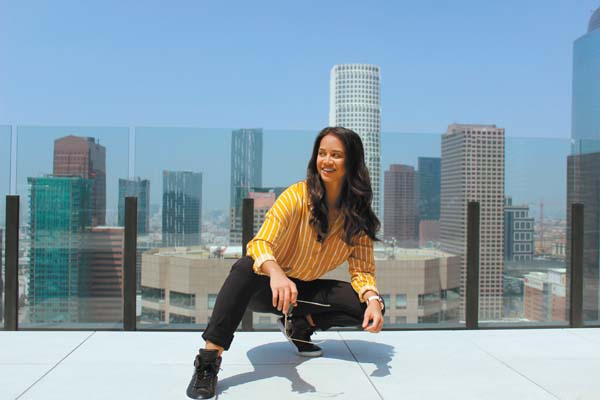 With summer approaching, the Two Besties Together duo, featuring Maui-born singer Malia Baldovi and Los Angeles-born Thomas Orlina, has just released an infectious, electro/pop dance anthem celebrating the season. With its feel-good beat and catchy melody, “Summer Vibes” is a blast of fun that could take off.

“We’ve always been into music and always wanted to record a song,” says Malia. “My friends, Thomas and Kyle Rutchland, and I were brainstorming and coming out with lyrics and verses. Summer was coming up so we thought it would be a good idea to come out with a whole new summer song that people can jam to.”

Known for their “Two Besties Together” YouTube talk show, the L.A.-based duo also shot an accompanying music video. Filmed around Beverly Hills, Hollywood and Santa Monica, it portrays them living the good life, with choreography by celebrity dancer Cameron Lee, who just performed with Paula Abdul at the 2019 Billboard Music Awards in Las Vegas.

“When we recorded the song, we thought, ‘We have to have a music video too,’ “ she continues. “I helped direct it because I wanted it a certain way. It had to be a whole vibe of the summer that everyone can relate to. Watching the video makes you want to have a good time. We’re not Mariah Carey or Rihanna, but you can have fun watching the video and have a singalong with it.”

A 2007 graduate of Maui High School, Malia previously attended Lihikai Elementary School and Maui Waena Intermediate School, and initially envisioned a career in civil engineering. She never dreamt that one day she would sing and dance in a music video. 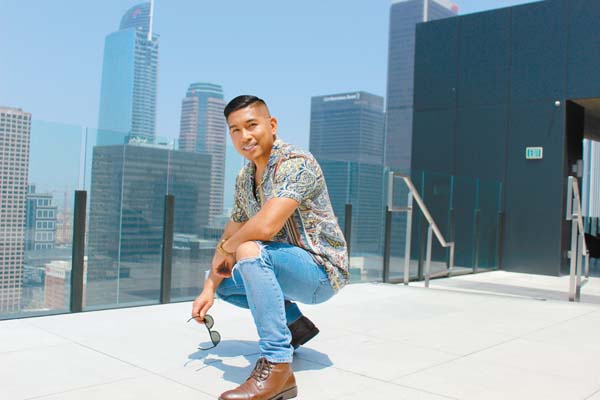 “I had a completely different future [planned] for me when I was at Lihikai, Maui Waena and Maui High School,” she says laughing. “What I’m doing now is nothing like [the] way I thought I was going to do.”

Her designs on engineering dropped away as she began working in LA’s vibrant entertainment world.

“I’m in LA. Things are endless here — I can do pretty much anything I want to do. I started working in television production, doing reality TV and music videos for Pitbull. I was on the Whitney Houston movie directed by Angela Bassett and on an episode of BuzzFeed, and I was recently on TV production for ‘Temptation Island’ that was originally shot on Maui last year.”

Building on an enduring friendship with Orlina, the duo devised the “Two Besties Together” video show.

“We used to work at a restaurant together and we’ve been best friends for just over 10 years, and we always talked about having our own show,” she explains. 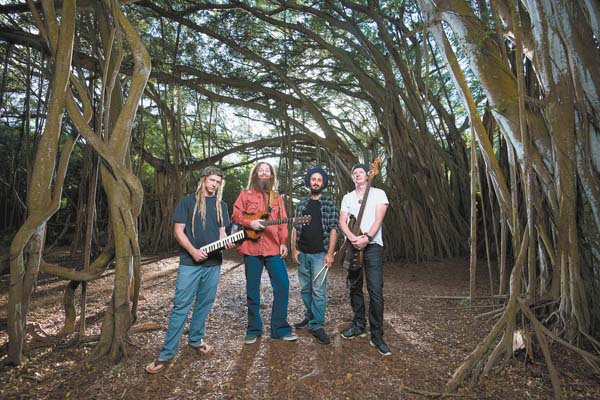 The Mike Love Band performs Friday at Mulligans On The Blue in Wailea. Photo courtesy the band

It features three segments: “The Topic,” which explores, “things going on in the world and things that people can relate to;” “The Product,” which introduces new products and businesses; and “The Throwback,” where they share moments from the past — “a memory of us.”

So what does her mom, Monica Baldovi, who works at Lihikai school, think about it all?

“She says as long as I’m happy and it’s working out, then go for it — but make sure I come out a winner.”

As a Maui-born girl, one wonders how that shaped her experience working in California?

“I feel like growing up on Maui, people have these big dreams but sometimes they feel like they can’t do it because they live on an island or something. But take the risk and go out there. A lot of my supporters are my friends from school who give me very encouraging words. I feel them very near and dear to my heart.” 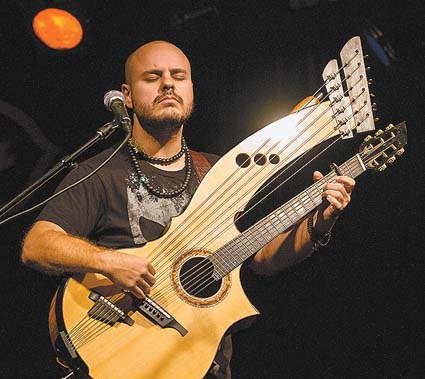 Andy McKee returns to Maui with a concert and workshop on Wednesday. Photo courtesy the artist

For the future, Malia hopes to record more music.

“I want to do covers by artists and fun videos that people can relate to,” she says.

“Summer Vibes” by Two Besties Together is available now on iTunes and Spotify.

If you want to know how popular Oahu-born musician Mike Love is, check out the amazing live 10-minute HiSessions YouTube video for his song, “Permanent Vacation,” which is still climbing at more than 18 million views.

Inspirational lyrics about breaking the chains of mental bondage and taking back personal power, combined with odd melodies, octave jumps and a unique vocal style of breaking words into syllables have impressed fans around the world.

“Because of this song’s message, I completely dropped my shopping addiction, stopped using cocaine, quit drinking, quit all my toxic friends, quit my social media addiction, stopped eating nothing but fast food and I went vegan. I’ve never been happier and healthier,” commented one fan.

“Jimi Hendrix and Bob Marley just had a baby,” praised another.

Besides his solo work, he often accompanies Paula Fuga in concert, and last year he appeared on the Na Hoku Hanohano Award-nominated “The Songs of C&K,” singing “Lifetime Party.” He recently joined Henry Kapono in concert at the MACC.

“The reason that we make music, as musical healers, is to help people and to bring a message that we feel is necessary,” Love reports. “It’s a message of hope. It’s also a message of awakening, of revolution from the mental and spiritual oppression of the system we’re living in.”

• The Mike Love Band performs Friday at Mulligans On The Blue in Wailea, with opening guests Sierra Carrere and Sweet Beets & Yum Yum. Doors open at 6:30 p.m. Love comes on at 8 p.m. Tickets are $25 (plus service charge) in advance and $30 at the door. Advance tickets are available at www.eventbrite.com. For more information, visit www.mulligans ontheblue.com or call 874-1131.

Since releasing the debut video of his instrumental, “Drifting,” on YouTube in 2006, guitar phenomenon Andy McKee has racked up more than 58 million views. For a time, three of McKee’s videos were concurrently the three most watched on YouTube.

Composed by McKee at the age of 18, the tune is so ubiquitous in guitar culture that his complex approach is referred to as the “Drifting guitar style.”

Along with performing a concert at the MACC’s McCoy Studio Theater on Wednesday, McKee will present a guitar workshop earlier in the day at the Maui Coffee Attic in Wailuku.

Influenced by guitarists like Michael Hedges, Preston Reed and Don Ross, McKee is able to magically transform the steel string guitar to sound like an orchestra via his use of various tunings, fret board tapping and a signature two-handed technique.

“McKee is an artist who has to be seen to be believed,” praised a UK Telegraph review. “The sheer range of techniques involving complex tappings and hand movements, harmonics and altered tunings has catapulted him to the forefront of what is loosely termed the ‘fingerstyle’ method of guitar playing.”

“His densely melodic and percussive style is mesmerizing to say the least,” raved Guitar World.

McKee’s fans included Prince, who discovered one of his online videos. Prince was so impressed, he invited the guitarist to join him on his 2012 tour of Australia; and right until close to his death, Prince talked about recording an acoustic album with McKee.

When he’s not dazzling audiences with his extraordinary acoustic guitar artistry, McKee sometimes switches to an imposing harp guitar. Based on a hundred-year-old design, the massive instrument utilizes six extra strings for a deeper tone. A YouTube video of this virtuoso playing harp guitar on his song, “Into the Ocean,” has garnered 11 million views.

McKee’s guitar workshop is presented earlier Wednesday at 2 p.m. at the Maui Coffee Attic, 59A Kanoa St., Wailuku. A Meet & Greet with the artist will follow the workshop. Cost is $59 and seating is limited. For reservations and more information, visit www.bluesbear hawaii.com or call 250-9555.