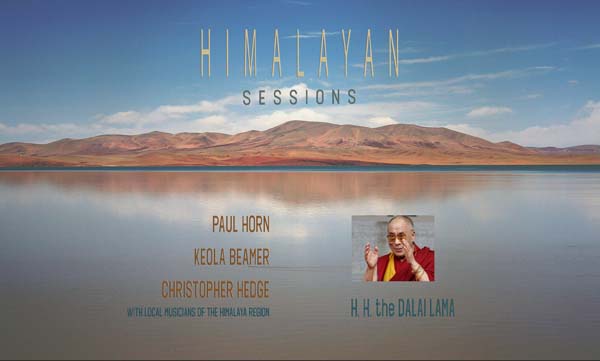 The “Himalayan Sessions” will be celebrated at a CD release party Sept. 7.

Recorded in Nepal, Tibet and Bhutan, the unique recording will benefit the Aloha Music Camp, which provides ukuleles to children in third-world countries.

Songs on the album were previously recorded by Maui filmmaker Tom Vendetti for his documentaries “Journey Inside Tibet,” “Mount Kailash — Return to Tibet,” “Tibetan Illusion Destroyer,” and “When the Mountain Calls: Nepal, Tibet & Bhutan.”

“It’s a concept album to benefit the idea of bringing more aloha into the world,” Keola Beamer explains. “The project will support bringing ukuleles to underprivileged children. One hundred percent of the funds from the CD (which will be released on Aug. 23) will go to this program.”

The seeds of the project were planted a couple of years ago during a trip to Cambodia, “visiting these really underprivileged communities way off the tourist track.” 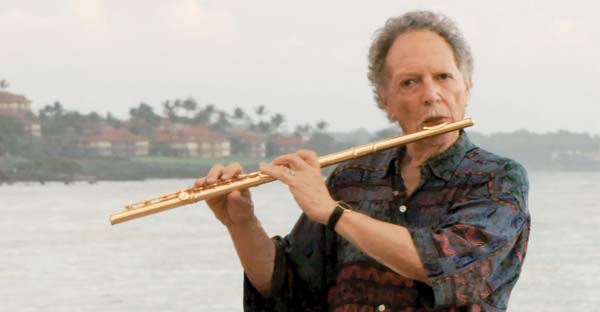 “The children were really shy, and there was almost a depressing atmosphere,” Beamer recalls. “They have so little and life is such a struggle.

“I remembered when my brother and I were children, we didn’t have any money but my mom bought ukuleles, and the ukulele brought joy into our lives, so much so that we didn’t even realize we were poor. Small fingers are happy on the ukulele. It made us happy and kept us out of trouble.

“I thought if we could duplicate that experience in Cambodia with the children, that might be really helpful. So we brought 40 ukuleles into Cambodia the following year and brought in five teachers from Hawaii teaching basic chords to give them knowledge to play their own music.”

Beamer had planned to leave the ukuleles with the children but was informed by their teacher that the instruments were so valuable, they were worth more than their homes. “If you give it to them, the parents will sell it,” he was told.

“It hadn’t occurred to me, so I made arrangements with the school so they could keep the ukuleles for the children. And about six months later, we started getting videos from Cambodia of the kids playing their songs in the town square with the families cheering and clapping. It was exactly what we wanted to happen.” 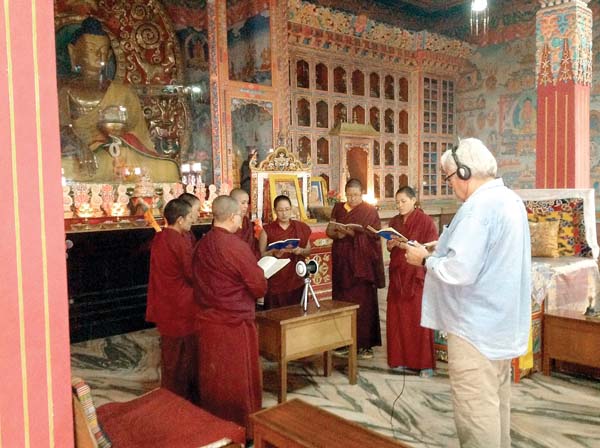 In late 2015, the acclaimed Hawaiian musician flew to the Nepalese capital of Kathmandu to record the soundtrack to Vendetti’s documentary “Tibetan Illusion Destroyer.” Working with Nepalese musicians, he also recorded a group of Tibetan Buddhist nuns chanting for the film score.

“We recorded in Katmandu with some really excellent musicians,” Beamer recalls. “I had parts written out, but I was thinking they are not going to be able to read Western nomenclature, which is exactly what happened. So it was creating the themes and working with the musicians to get them comfortable with the themes.”

As a Hawaiian musician creating music that reflected the ancient mountain lands, the project proved “a bit of a challenge,” he says.

“I began with how I would work with [Native American flutist] R. Carlos Nakai or [jazz pianist] Geoffrey Keezer, artists in other genres, and I managed to bring a lot of respect to their form and traditions. With really creative musicians, the music itself is its own language. So even though they didn’t speak English, we were still able to communicate musically.”

Approximately half of “Himalayan Sessions” is devoted to the music of virtuoso flutist Paul Horn in collaboration with multi-instrumentalist Christopher Hedge and fused with the Dalai Lama’s wisdom.

Soothing compositions like “Reflections” and “Morning Prayer” are all enhanced by Hedge’s studio wizardry, while the hypnotic soundscape, “Mount Kailash Trek,” ventures into chill-out music territory.

Known as the father of New Age music, Horn, who died in 2014 at the age of 84, was a well-known jazz artist who recorded with many legends including Frank Sinatra, Tony Bennett, Duke Ellington and Nat King Cole.

During a trip to India in the late 1960s, he traveled to the Taj Mahal and, amazed by the exquisite acoustics of the sacred shrine, late one night recorded some flute improvisations. The resulting groundbreaking album, “Inside the Taj Mahal,” changed the course of Horn’s life and led to his focus on meditative music.

Recording later in Egypt’s Great Pyramid of Giza in 1976, the Grammy-winning musician completed his “Inside” trilogy series by journeying to Tibet and recording in the Potala Palace in Lhasa, the former home of the Dali Lama. He was the first Western musician to record inside the palace and other sacred Tibetan temples.

“To me this ends the trilogy,” Horn explained in a Maui Beat interview. “The Taj Mahal was the first, the Great Pyramid was the second and this is the third. There are many places and buildings in the world that have great acoustics, and people are constantly suggesting different places, but I’m looking at the wonders of the world. The Potala Palace goes back about 1,000 years. It was amazing to me that I was in that place and I got to play in there.”

Horn and Hedge first collaborated on the Grammy-nominated album “Traveler.” It was the start of a 30-year relationship which included many records together, performances around the world and several films.

“I was a fan of his from ‘Inside the Taj Mahal’,” says Hedge. “We ended up recording ‘Traveler.’ I would come up with themes and sometimes orchestrate them, and then Paul and I would get together and he would improvise. Paul would say my instrument is my studio, and a lot of sounds I use come from my field recordings.”

Through his recording of such luminaries as Chico Freeman and David Grisman to his collaborations with Congolese master drummer Titos Sompa, flutist R. Carlos Nakai, the Kronos Quartet and rock legend Neil Young, Hedge has incorporated musical forms from North and South America, Africa, Europe and Asia. He was awarded two Emmys for the soundtrack to “Bhutan: Taking the Middle Path to Happiness.”

“I’ve collected a ton of sounds and a ton of instruments, and that becomes my overall meta instrument,” he says.

Regarding the latest project, Hedge explains: “Tom [Vendetti] had these recordings with the Dalai Lama, and he and Keola thought it would be wonderful to use them in the context of music that we made while in location. It’s really an honor to work with Tom and Keola.”

As the “Himalayan Sessions” unfolds, we hear words of wisdom from Tibet’s spiritual leader: “All sentient beings are trying to achieve a happy life. Many are not necessarily happy. Something is lacking, we need some new effort to have a happier society…my view is the importance of warm heartedness.”

“All of the music is the result of us being on location in Bhutan and Nepal, and an opportunity to interview His Holiness,” Vendetti notes. “Basically, I touched on three different areas — China and preserving Tibetan culture, Mount Kailash, and the third was happiness. And those words were placed in four different songs on the album.”

After working for years in mental health on Maui, Vendetti, who was just profiled on PBS Hawaii’s “Long Story Short with Leslie Wilcox,” is now devoting most of his time to filmmaking, including a new documentary on Keola Beamer’s late mother, revered Hawaiian authority Aunty Nona Beamer. An esteemed educator, storyteller, hula choreographer and composer, Aunty Beamer was the one who coined the term ‘Hawaiiana.’

“I just finished the research and development phase,” says Vendetti. “I’m trying to capture her spirit and the beauty of Hawaii.”

“We’re pretty excited about it,” says Beamer. “Of course, I will do the music quoting mom’s pieces. We’re just beginning production.”

A CD release party for the “Himalayan Sessions” will be held at 6 p.m. Sept. 7 at Makawao Union Church. The evening will include Keola Beamer and Christopher Hedge talking about the music, and the screening of Tom Vendetti’s latest film, “Dalai Lama: China, Mount Kailash and Happiness,” which includes a tribute to Paul Horn. The evening will also celebrate the release of the new CD, “Gift of Hope,” by Cindy Paulos, who was a “Himalayan Sessions” co-producer. Tickets are $15 and are available at eventbrite or at the door.

Mark Johnstone of the Mick Fleetwood Blues Band, is heading up a “Regruvenation” celebration of the music of The Meters in a special show at 9:30 p.m. Saturday at Charley’s Restaurant & Saloon in Paia.

“With the recent passing of Art ‘Poppa Funk’ Neville, my friends and I thought we’d put together a gig to honor The Meter’s music,” says Johnstone. “We’ve been having fun exploring their discography.”

In the late 1960s, legendary New Orleans keyboardist Neville rose to prominence as an integral and influential co-founding member of The Meters. Considered to be the founding fathers of funk, The Meters created a unique sound that lasted through the ‘6os and ’70s and was reborn in the late 1980s.

The “Himalayan Sessions” will be celebrated at a CD release party Sept. 7.