With Kingston Trio co-founder Bob Shane’s blessing, the trio continues today with new members. They are Tim Gorelangton (from left), who was born in Hawaii and recorded with co-founder Nick Reynolds; Mike Marvin, the adopted son of Nick Reynolds; and Don Marovich. Using only acoustic guitars and banjos, and singing simple, yet memorable, good-time melodies, the original trio revolutionized pop music.

Formed by two college students from Hawaii and one from California in 1957, the Kingston Trio became legendary for their distinctive vocal sound.

Adopting their band name from Jamaica’s capital city, Bob Shane, Nick Reynolds, and Dave Guard zoomed to the top of the charts a year later with a song about a former Confederate soldier who was wrongly sentenced to death, and hung his head and cried.

“Tom Dooley” won the first Grammy ever given in the country-and-western performance category in 1958. There was no folk music category at the time, and a year later they won the first folk Grammy.

“We were just out of college and we realized everybody liked to sing with what we were doing,” Bob Shane recalled in an old Maui News interview. “When they gave us the first Grammy ever for best country and western performance, we had T-shirts made up that said ‘the Hawaii calypso folk group that saved country music’.”

Shane was born in Hilo and Guard in Honolulu. Both were educated at Punahou and worked their Hawaii roots into the trio’s music. Their early albums included Hawaiian and Tahitian songs, like “Lei Pakalana” and “E Inu Tatou.” And they cited Gabby Pahinui’s guitar playing as an early influence. 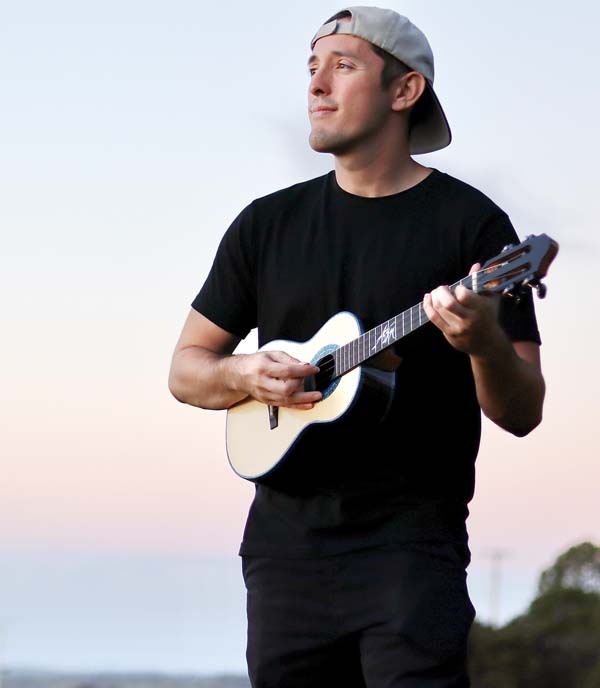 Andrew Molina will appear with Neal Chin and Arlie-Avery Asiu at 7 p.m. Saturday at Maui Coffee Attic in Wailuku for “A Night of Ukulele Jams.”

Maui restaurateur Joe Gannon briefly played bass with Guard and Reynolds in the San Francisco Bay area in 1956, when they were Dave Guard & the Calypsonians, and he later became the trio’s road manager.

Internationally popular for hits such as “Tom Dooley,” “Greenback Dollar,” “M.T.A.,” “Worried Man,” “Scotch and Soda” and “The Reverend Mr. Black,” they were also acclaimed for popular covers of Pete Seeger’s “Where Have All the Flowers Gone,” Dylan’s “Blowin’ in the Wind,” and Will Holt’s “Lemon Tree.”

Between 1958 and 1964, the trio produced seven gold albums and was considered the top vocal group in the world. Four of its six albums landed in Billboard’s Top 10 at the same time in December 1959 (a feat which was not topped until the Beatles came along in 1964). At their height, the Kingston Trio traveled to London and starred at a concert that the Beatles opened.

Using only acoustic guitars and banjos, and singing simple, yet memorable, good-time melodies, the trio revolutionized pop music, reawakening America to its rich folk music heritage, and paving the way for the folk music protest movement and icons like Bob Dylan and Joan Baez.

With co-founder Shane’s blessing the trio continues today with new members, Mike Marvin, the adopted son of Nick Reynolds; Tim Gorelangton, who was born in Hawaii and recorded with Reynolds; and Don Marovich.

Three rising young ukulele stars will perform on Saturday at the at Maui Coffee Attic at 7 p.m. “A Night of Ukulele Jams” features Andrew Molina, Neal Chin, and Arlie-Avery Asiu.

Featured in Ukulele Magazine’s spotlight on “The Next Jake: 5 Up-and-Coming Hawaiian Artists to Watch,” Maui-born Molina performs a mix of Hawaiian, rock, Latin and a dash of jazz, and has been nominated for a Hoku Award.

Both Chin and Asiu have also received Hoku nominations for Ukulele Album of the Year. Born and raised on Maui, and now living in Seattle, Chin’s “Ukulele Paintings” featured originals and arrangements of standards from the great American Songbook. With musical influences ranging from Bach to Van Halen, Asiu’s fans include Willie K and Pat Simmons of the Doobie Brothers.

After closing out Fleetwood Mac’s world tour in Las Vegas on Nov. 16, Mick Fleetwood will return to Maui to perform on New Year’s Eve with the Island Rumours Band at Fleetwood’s on Front St. The event is sold out.

“The concert is a celebration of those early blues days where we all began, and it’s important to recognize the profound impact Peter and the early Fleetwood Mac had on the world of music,” Fleetwood reported.

A treasure trove of live recordings from 1968 and 1970 has recently been discovered of Green’s Fleetwood Mac. “Before The Beginning 1968-1970,” includes performances of “Oh Well,” a smoking “The Green Manalishi,” and a sublime version of “Albatross.”

The Mac tribute band Dancehall Days will play a New Year’s Eve party at Fleetwood’s on the rooftop. Tickets are $115, available at www.fleetwoodsonfrontst.com.

Henry Kapono returns to MACC for a “Happy Holidays with Henry” show in the McCoy Studio Theater on Saturday at 7:30 p.m. He will feature his classic hits and songs from his album “Merry Christmas to You.”

The Maui Chamber Orchestra and Chorus, under the direction of guest conductor Stephen Spinelli presents “And on Earth, Peace” concerts at Historic Iao Theater on Saturday at 7:30 p.m. and on Sunday at 3.

Trumpeter and King Kekaulike graduate Thomas heads home from State University New York, while songwriter and musician Colibri is studying at the Edgar Varese Conservatory of Music in Paris, France.

“Jake grew up taking advantage of all of the performers and teachers that Jazz Maui brought to Maui as part of its music education program, and Tanama performed at Jazz Maui’s East Meets West Festival in 2017,” says Bryant Neal, executive director of the nonprofit organization. “Both she and Jake were invited to perform at the Blue Note Hawaii with Mike Lewis.”

G. Love returns to Charley’s Restaurant and Saloon for a Hawaiian Islands Jams show with special guests Kanekoa opening on Dec. 27 and 28 at 9:30 p.m.

G. Love will release a solo album in January, “The Juice,” with guests including Keb’ Mo’ and Hawaii’s Ron Artis II. “Working with Keb’ was truly a lesson in the Delta blues, but also a lesson deep into music and life itself,” G. Love told Rolling Stone.

The first single from the album, “Go Crazy,” is a call for action aimed at provoking positive change in society. “With so much bad news on the news every day, we have to work hard not to get swept away into a downward spiral of negative anxiety,” he said.

Tickets are $35 in advance available at www.dovepresents.com.

A “Renaissance Man” CD release party, hosted by Peter deAquino will be held at Napili Kai Beach Resort on Jan. 1 at 7:30 p.m. Tickets are available at www.slackkeyshow.com.