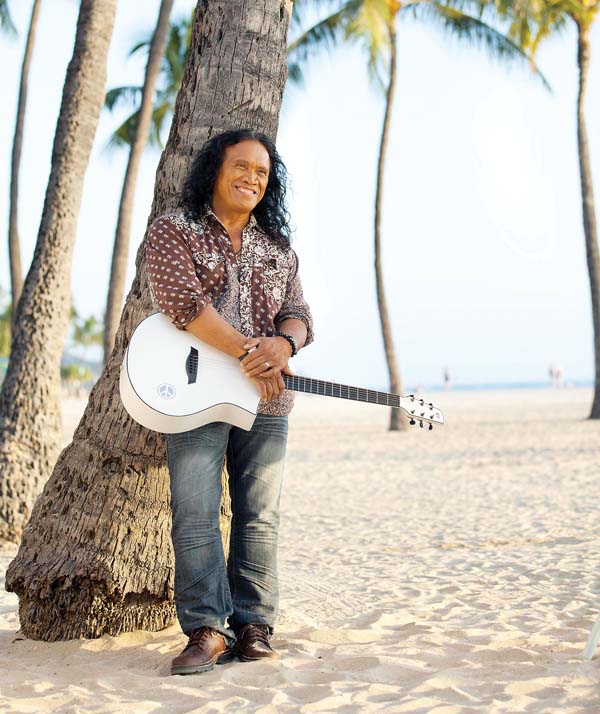 Famous for island anthems like “Let’s Talk Story,” “No Ke Ano Ahiaha,” “Rhythm of the Ocean,” and “Live A Little,” it’s been many years since the Hawaiian Style Band played on Maui.

Promoter Tom Moffat last brought them here in the early 1990s to perform at the Maui Marriott, so it’s a real treat that the reformed group featuring Wade Cambern, Bryan Kessler, and Robi Kahakalau will make their Maui Arts & Cultural Center debut with Henry Kapono on Friday in 2020’s first “Artist2Artist” concert.

The genesis of the group began with a jingle composed by Cambern and Kessler for Local Motion. “That really started things,” Cambern recalls. “The owner of Local Motion, Rob Burns, was a family friend and he asked us to put together a jingle. It went on the air and people phoned in requesting to hear it, and Local Motion got a lot of extra airplay. Rob figured let’s do a single and that was ‘Live A Little.’ He formulated the group in terms of the name and that it would be a revolving door for local artists, but the core of this group was going to be Bryan and I.”

Blending appealing originals with sparkling covers of Hawaiian songs, the duo soon realized they needed someone on board fluent in Hawaiian — enter Sistah Robi. 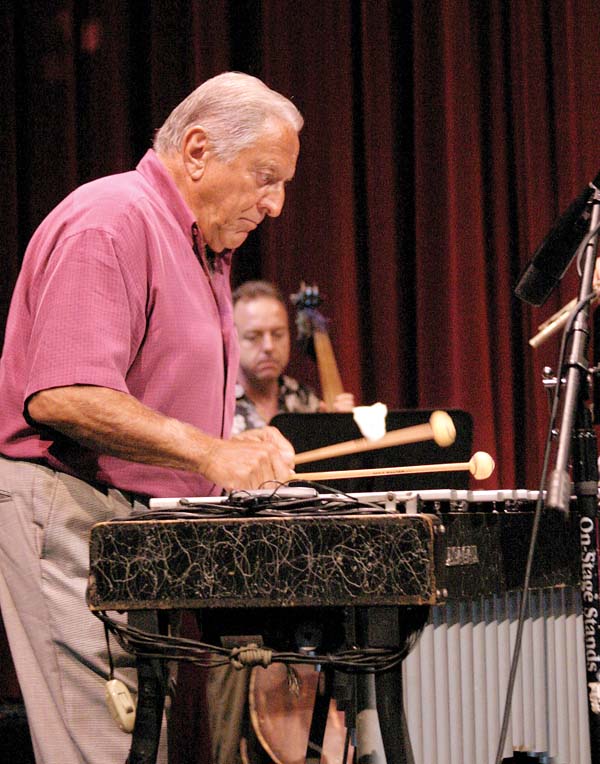 A tribute to vibraphone/percussion legend Emil Richards (pictured) will be presented on Saturday at Kihei Charter School from 6 to 9 p.m. Proceeds benefit Jazz Maui’s music education programs in which Richards participated, teaching workshops and youth clinics.

Kahakalau had been singing with the Ka’u Crater Boys and Ernie Cruz suggested she meet Cambern and Kessler to help them with Hawaiian pronunciation.

“It soon became apparent that Robi’s expertise in the langue really gave us an important asset, getting Hawaiian correct,” says Cambern. “Robi educated us in so many ways about the music and history. It was a life-shaping experience.”

Melding various musical influences, they were inspired by artists like Sting and Paul Simon, “songs like ‘Graceland’ and ‘Love is the Seventh Wave’,” Cambern notes.

“There was a bit going on with world cultures and we felt Hawaii had a lot to offer that way. One of the first people I worked with was Bla Pahinui and he turned me on to ‘Kaimana Hila.’ I worked on an arrangement and that became pretty iconic.”

Their acclaimed, Hoku-winning debut album, “Vanishing Treasures,” featured such highlights as the Robi-sung gems “No Ke Ano Ahiaha” and “Kaimana Hila,” along with the joyful reggae of “Live a Little” and Brother Iz’s anthemic “Living in a Sovereign Land.”

So what was it like for them recording with a Hawaiian treasure?

“He was very impressive and very patient,” says Cambern. “When we recorded ‘Live a Little,’ Rob Burns had coordinated for Israel to come down for a session and the day he showed up, we weren’t ready for him. It was a big deal for him to get down there and you could tell he wasn’t happy about it, but we gave it another try and that’s when we did ‘Let’s Talk Story.”

“It was just terrific and then we worked on ‘Living in a Sovereign Land.’ Israel really loved that tune and put it on his own album as well. I remember him working on the bridge and he said, ‘these words have mana.’ He helped bring it into the context of the beginning of the modern day sovereignty movement. We’re singing that song again and we’ve added an extra 25 years to some of the stats that we referenced in the song. He added so much to the first album, and he really liked ‘Heiau’ on the second album.

“Both Bryan and I realized we were limited not only in our understanding of the language and the culture, but in terms of the validity of what we were doing, so Puakea Nogelmeier, Robi, Israel, and Leina’ala Heine all came on board. It felt like we were doing important work and it’s proved to be time well spent.”

“We were in the right place at the right time,” he continues. “We took some risks a few songs were off the beaten path that have endured. ‘The First Hawaiian’ on the second album is a hypothetical story about how the first baby in the islands came to be. It was a bit of a reach but it’s connected with a lot of people.”

As a solo artist, Robi went on to earn multiple Hoku awards, including Female Vocalist of the Year, and her collaborative project with Sean Na’auao was nominated for a a Grammy Award. Kessler became a noted producer in Hawaii, and contributed to the Grammy-winning album “Slack Key Volume 2,” while Cambern has continued as a composer and lyricist, releasing the solo CD, “A Blue Canoe,” with the local hit “Funky Hula Girl.”

With the Hawaiian Style Band reformed, there’s talk of a new recording. “I think we’re going to get there,” says Cambern. “Bryan and I are looking at some new songs. We want to do it right.”

* The Artist 2 Artist concert with Henry Kapono and the Hawaiian Style Band with bassist Alex Morrison is presented on Friday at 7:30 p.m. in MACC’s McCoy Studio Theater. Tickets are $35, $45, and $65 (plus applicable fees) with a 10 percent MACC member discount available.

Grammy Award-winning Hawaiian musician Kalani Pe’a will perform free at The Shops at Wailea on Wednesday from 5:30 to 7 p.m. With his 2016 debut album “E Walea,” Pe’a became the first Hawaiian recording artist to ever win a Hoku and a Grammy Award for the same album. His sophomore album “No ‘Ane’i” also won a Grammy in the Best Regional Roots Music Album category.

A tribute to vibraphone/percussion legend Emil Richards will be presented on Saturday at Kihei Charter School from 6 to 9 p.m.

A part time Maui resident and a regular at Blackie’s Bar, Richards, who passed on in December, specialized in major movie and TV soundtracks. His eclectic resume included recording and touring with such diverse artists as George Harrison, Frank Sinatra, Joni Mitchell, and Frank Zappa.

The event will showcase members of the original “Jazz at Blackie’s” band who played with him including drummer Paul Marchetti, keyboardist Sal Godinez, John Zangrando on saxophone, Danny M on bass, vocalist/percussionist Estaire Godinez, Gene Argel on keyboards, and bassist Marcus Johnson.

“I got into percussion as a fluke,” Richards recalled a few years ago. “I started at 6 years old. My dad took my brother to a music store to buy an accordion and I wanted something and pointed to the first thing I saw, which was a big xylophone.”

In the late 1960s, Richards formed the exotic Microtonal Blues Band, and worked with innovative composer Harry Partch. He played on the cult psychedelic favorite “The Zodiac: Cosmic Sounds,” and explored Indian music with Don Ellis in the Hindustani Jazz Sextet. Then in 1977, he became a member of Frank Zappa’s Electric Symphony and recorded several albums with this large orchestra.

An avid collector of percussive instruments, Richards spent years amassing a vast array from around the globe that totaled around 750 different instruments.