from BOTTLES to BOARD SHORTS 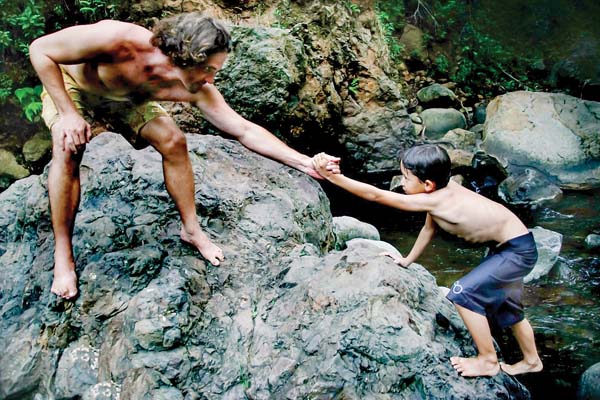 A Maui-based company is dressing up the problem with discarded plastics.

And that’s only the bottles. In 2015, Americans produced nearly 35 million tons of plastic waste, according to the U.S. Environmental Protection Agency. Of that, 26 million tons were sent to the nation’s landfills.

Globally, the statistics are even more overwhelming. The United Nations Environment Programme reports that humans produce an estimated 300 million tons of plastic every year. Apart from piling up in landfills (where it can take up to 1,000 years to decompose), plastic waste contaminates soil, rivers and food supplies.

And according to the World Wildlife Fund, a staggering 8 million metric tons of plastic end up in the oceans every year — that’s equivalent to one dump truck per minute. Even worse, that number is expected to double by 2030, and if it continues to go unchecked, plastic in the world’s oceans will outweigh all fish by 2050. 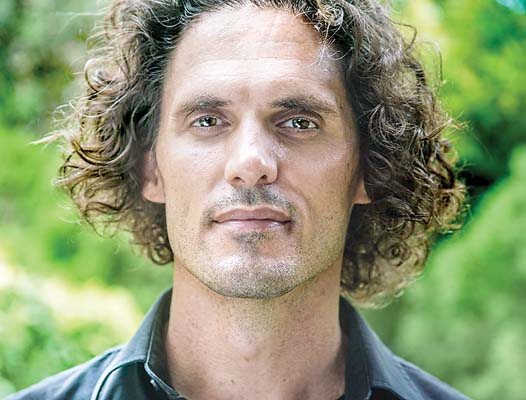 Wailuku resident Jonah Heller is the creative director of Infinity 808, a company that gives plastic a second life as board shorts. -- LYLE MYERS photo

In addition to curbing single-use plastics and heeding the three Rs (reduce, reuse and recycle), repurposing plastic waste is one step toward a plastic pollution solution. And when it comes to repurposing it, there are near-infinite possibilities, said Jonah Heller, engineer and creative director of Infinity 808, a Maui-based company that makes board shorts out of recycled plastic.

“It’s a valuable material,” he said. “You can make just about anything out of it.”

In other words, don’t waste the waste. It may not solve the world’s plastic problem overnight, he said, “but it definitely puts a dent in it.”

Heller has two lifelong passions: surfing and creating things. As a kid, he’d sit cross-legged on the living room floor of his childhood home in Kula and build intricate structures out of Lego bricks. After graduating from King Kekaulike High School, he headed off to California Polytechnic State University, where he earned a degree in engineering, followed by a Master of Business Administration from San Diego State University.

As he carved out a career for himself, Heller says something continued to nag at him. 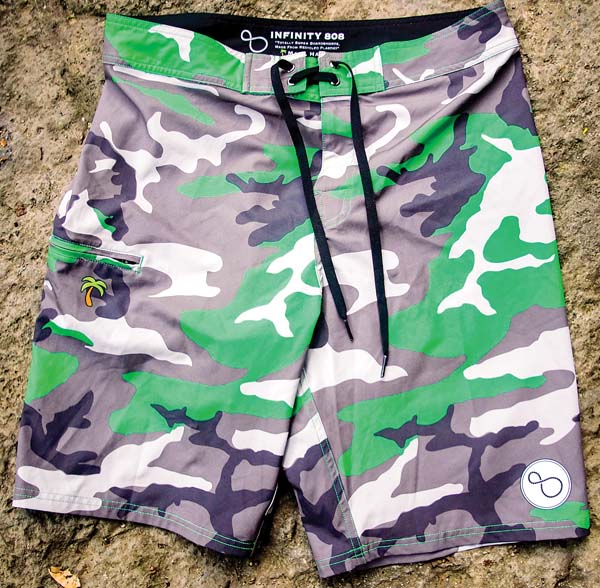 Yes, that water bottle in your fridge could someday be a pair of swim trunks. -- LYLE MYERS photo

“I wanted to use my skills to create something that would make a positive impact on the environment,” he said. In 2015, he launched Infinity 808 as a consulting firm and went on to publish a book (titled “10 Money Saving Steps You Absolutely Must Complete Before Going Solar”) and participate in a number of energy- and sustainability-related projects through UH-Maui College. Heller says it was all fulfilling, but something was still missing.

“I wanted to make a greater impact,” he explained.

His long-awaited aha moment came in 2017. “I’d been asking myself: ‘What am I most passionate about?’ And it always came back to one thing — surfing.”

That’s when inspiration struck. What if he made swimwear out of the very thing he wanted to keep out of the ocean? A few months later, Infinity 808 debuted its first pair of recycled plastic surf shorts.

Here’s how it works: Large bundles of plastic waste are shredded, sanitized and converted into small flakes, which are then melted, extruded and spun into thread. The thread is then woven into fabric and sewn into board shorts. 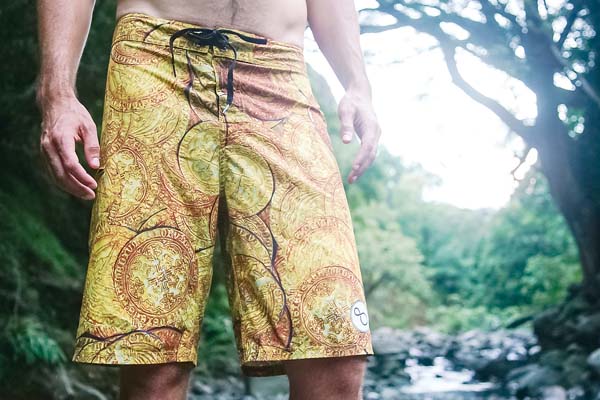 These Infinity 808 shorts are emblazoned with gold coins to signify the potential of recycled plastic. -- LYLE MYERS photo

The result? A soft and stretchy material that looks and feels like “regular” cloth.

Every pair of Infinity 808 shorts is a limited edition; the company is collaborating with local and international artists to design wearable works of art in the coming months. And given what they’re made of, these shorts are in it for the long haul.

“They are durable, lightweight and comfortable,” Heller said. “It’s a really great material for clothing.”

Not to mention, every time a pair of shorts is produced, there’s a little less plastic in the environment — plastic that may otherwise languish in landfills, clog waterways or imperil wildlife.

The board shorts are listed as $199 on the Infinity 808 website.

“I encourage others to follow suit and find ways to repurpose it,” he said. “It needs to happen.”