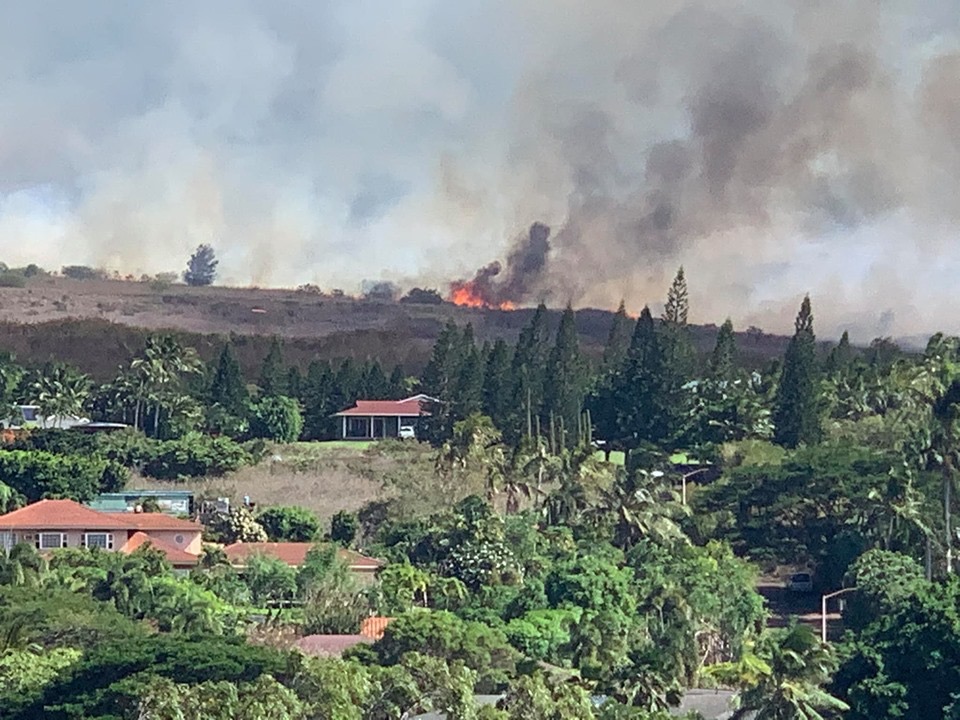 Honoapiilani Highway and other roadways reopened Tuesday evening as crews continued to fight a 964-acre brush fire in the Kahana Ridge area.

Honoapiilani Highway is now open in both directions, according to a police update at 7:54 p.m. Akahele Street, Mahinahina Street and Olali Street are all open as well.

The fire was first reported at 1:18 p.m. Tuesday. It was initially reported at about 3 or 4 acres and spreading due to dry conditions and steady winds in the area.

The Maui Fire Department said it had spread to 964 acres as of 5 p.m. About 40 fire personnel, three air units and several tankers and dozers from the county and private companies were working to protect structures in the Kahana Ridge and Ala Hoku subdivisions.

Around 2:15 p.m., Maui police said that evacuations had begun for the residences atop Kakaalaneo Drive in Kahana. First responders evacuated homes in Kahana Ridge and Ala Hoku as well as on Mahinahina Street. Kapalua Airport was also closed and evacuated at around 2:30 p.m.

An emergency shelter opened at the Lahaina Civic Center social hall at 5:30 p.m.; however, there are currently no sleeping accommodations, the county said. Those seeking shelter are asked to bring their own water and snacks.

The shelter is pet friendly, and volunteers from the Maui Humane Society are on hand. Pets must be crated with a halter/collar and leash, and owners must provide pet food and water.

Motorists are advised to avoid the area to allow emergency personnel to work on the fire.

The Maui Bus fixed route is running but delayed about 30 minutes, the county said. The commuter route is also in operation from the Ritz-Carlton Kapalua to Kahului.

“I want to strongly urge our residents and visitors to avoid the Kapalua area as our first responders fight this fire,” Maui County Mayor Michael Victorino said. “Please keep the families affected by these fires and our public safety personnel in your thoughts and prayers.”

Kaanapali resident Robin Ritchie said she could see flames from her home around 1:55 p.m. today.

She said smoke was blowing out to the ocean and to Kaanapali.

A fire is burning above Kahana Ridge and near the Kapalua Airport.