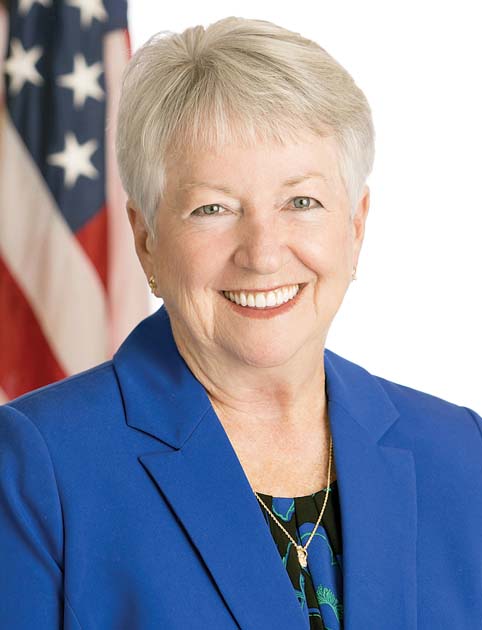 PEGGY HAAKE, Was elected at convention

Peggy Haake of Kahului was elected national president of the Veterans of Foreign Wars of the United States Auxiliary at its 106th National Convention in Orlando, Fla., on July 24.

Haake is a life member of Wilbert Wah Hu Tom Auxiliary 3850, which she joined on the eligibility of her husband, Richard, who served in the U.S. Army in Vietnam 1970-71.

She has served the organization in many capacities, including Auxiliary and Department (state) president, National Council member and Western Conference chairman for the Youth Activities program. She is a life member of VFW National Home for Children, Camp Trotter in Michigan, the DAV Auxiliary and the VFW Veterans Village in Florida.

Haake retired after 34 years with the Bank of Hawaii. In her spare time she enjoys bowling, golfing, softball, gardening and volunteer work, as well as spending time with her dog, Brie.

Haake will bring a bit of the islands to her term as she encourages members to serve our veterans with aloha, while continuing to build on the auxiliary’s foundation by providing guidelines and basic training information for every level of the organization.

The auxiliary will look to increase its overall membership and continue to welcome thousands of male members since its eligibility change in 2015.

The election and installation of Haake and other 2019-20 national officers concluded the convention and brought 2018-19 National President Sandi Kriebel’s term to an end.