Endo is queen of Chrysanthemum Festival

The queen is a junior at Baldwin High School and the daughter of Randall and Patti Endo.

• Alexis Camara, 16, of Makawao, a junior at King Kekaulike High School and the daughter of Ginger and August Camara.

• Lauren Mitra, 16, of Kahului, a junior at Maui High School and the daughter of Michele and Ramon Mitra. 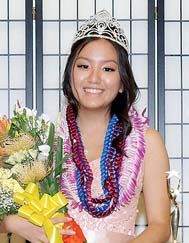 • Kokoro Yamazaki, 16, of Lahaina, a junior at Lahainaluna High School and the daughter of Ai and Megumi Hironaka.

• Cassidy Hanano, 17, of Wailuku, a junior at Kamehameha Schools Maui and the daughter of Peter and Trudy Hanano.

The queen is the contestant who raises the most money, through ticket sales and donations, for festival sponsor Maui’s Sons and Daughters of the Nisei Veterans. Contestants represent MSDNV and Nisei Veterans Memorial Center at various events throughout the year.

The festival was created as the Chrysanthemum Ball, a ballroom-dance affair, by the Maui AJA Veterans Inc. as a way to fund its community service in areas such as youth sports and scholarships. The veterans club was formed as soldiers returned from Europe and the Asia-Pacific areas after World War II.

AJA stands for Americans of Japanese ancestry. Most of the soldiers were nisei, or the second generation of Japanese Americans.

In 2007, the event name was changed to Chrysanthemum Festival to reflect its focus on Japanese culture.

Festival proceeds fund scholarships and MSDNV’s historical preservation projects, which are done with the NVMC.

Japanese cultural values and their effect on the AJAs who fought in World War II are key elements of an annual essay contest for the festival contestants and their escorts. This year’s winners were Queen Emma in the girls category and Cael Yasutake, who escorted Princess Kokoro, in the boys category.

This year’s essay topic was “chugi,” which refers to loyalty, the consistent adherence to a cause, principal or person. It is defined as faithfulness, truth and fidelity.

Essays addressed each writer’s understanding of the concept of “chugi,” how it played a role in the lives of nisei men as they entered and fought in World War II, and how it could be a useful value to adopt in the writer’s life.

Cash prizes were awarded to the entrants.

MSDNV President Leonard Oka noted that a major purpose of his group and the Nisei Veterans Memorial Center “is to perpetuate the history of our fathers, who served so gallantly in World War II.” He noted it is just as important for the sons and daughters group to understand and to pass on the values that were ingrained in these nisei soldiers by their issei, or first generation, parents.

The feature of the annual event is the coronation and the court’s traditional ballroom dance performance. The contestants and their escorts attended weekly sessions with ballroom dance instructors Jeffrey and Lydia Dela Cruz to prepare for the performance.

The dance segment was preceded by special musical performances by Lannie Hisashima, a princess on the 2018 court, and Xaden Nishimitsu, who was an escort on that court. They performed solo and also as a duet.

Each contestant also has a boy to hold a chochin (Japanese lantern) to light her path as she makes her entrance at the festival, and a flower girl who presents a bouquet after the coronation.

The NVMC had an informational table. 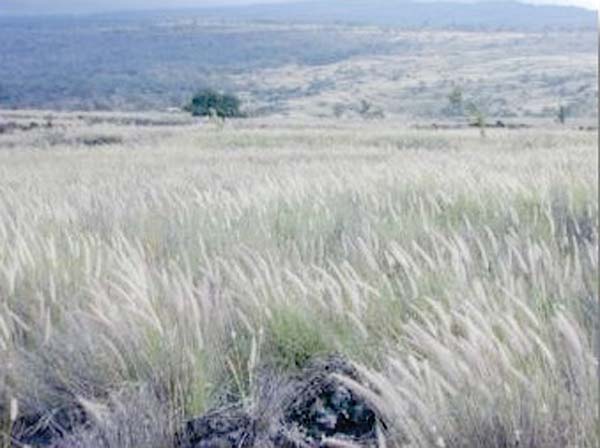 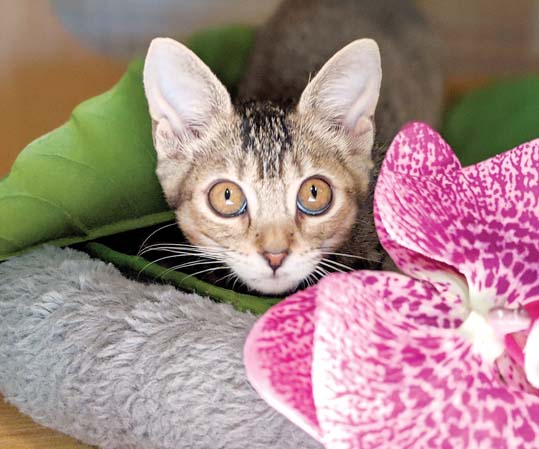