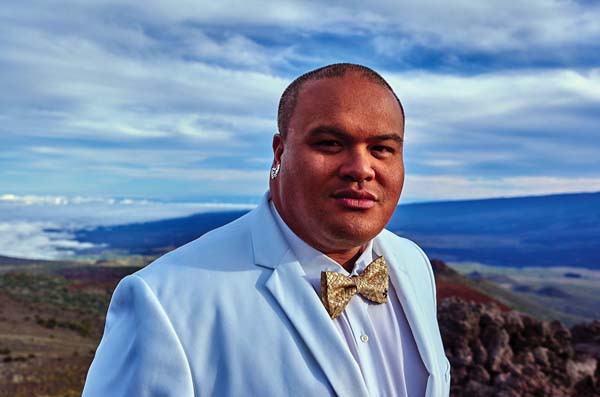 Kalani Pe‘a of Wailuku has been nominated for a Grammy Award in the Regional Roots Album category for “E Walea.” Vision Horse Media / ADAM PALUMO photo

A 33-year-old Wailuku resident who had been diagnosed with a speech impediment at 4 years old has been nominated for a Grammy Award in the Regional Roots Album category for his debut album, “E Walea.”

Pe’a is the only Hawaiian artist nominated in the category. Other nominees submitted Cajun, Zydeco and Native American music.

“I am so honored and blessed to be the first Hawaiian immersion graduate and educator representing my kupuna (ancestors), makua (parents) and ‘ohana in the Grammys next year,” he said.

The Grammy Awards will be held Feb. 12 in Los Angeles. 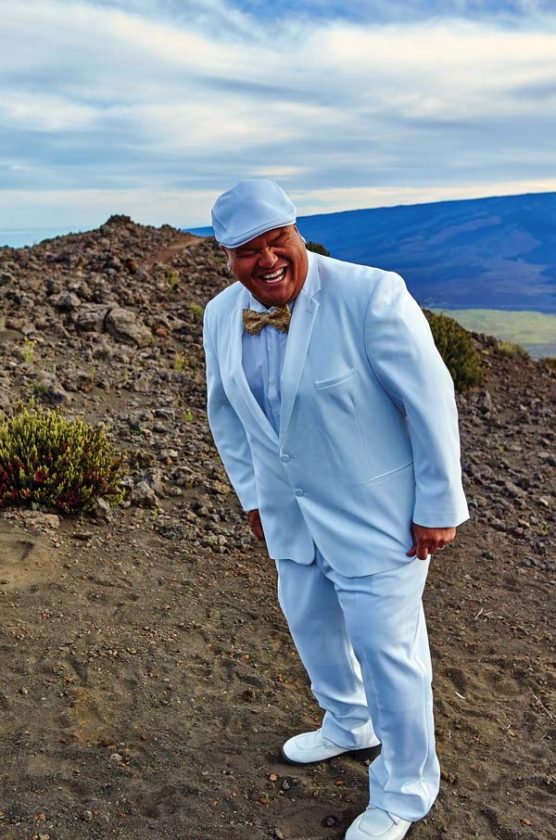 Pe‘a will perform Saturday during the Manawale‘a Ball at the Hyatt Maui Resort & Spa. Admission is $75. He is also scheduled to sing during a Kama‘aina Nights Holiday Concert at 7 p.m. Dec. 16 at the Queen Ka‘ahumanu Center. Vision Horse Media / ADAM PALUMO photo

“I’m excited to give a hug to Beyonce at the Grammy Awards after party,” he said.

The award nomination, announced Tuesday, is the latest recognition of Pe’a’s talent.

“Gifted with a gorgeous voice and a flair for composing resonant Hawaiian songs, his exceptional debut album, ‘E Walea,’ could win him a bunch of Na Hoku Hanohano awards this year,” Woodhouse wrote.

Pe’a is fluent in Hawaiian, having entered a Hawaiian immersion program in the 3rd grade. He is a 2001 graduate of Ke Kula ‘o Nawahio-kalani’opu’u, the Hawaiian language school in Kea’au, Puna, on Hawaii island.

He illustrated and published five Hawaiian language children stories from Hale Kuamo’o at the University of Hawaii at Hilo.

He has been teaching Hawaiian culture with a science focus and creating curriculum for nearly eight years as a Hawaiian resource coordinator at Kamehameha Schools Maui.

The vocalist has a broad range from classical, musicals and ballads to R&B, soul and Hawaiian music.

Pe’a’s worked on his “E Walea” album with award-winning producer Dave Tucciarone, who has worked with island artists Henry Kapono, the Makaha Sons and Raiatea Helm.

“E Walea” means to come together, like birds, to be elated and exuberant and to enjoy. The album has been the No. 1 download on www.mele.com, and it went to the top of the iTunes World Music chart.

Pe’a’s mother, Pua Leonard, a Hilo resident, said she introduced her son to singing and music to help him pronounce words after he was diagnosed with a speech impediment.

“Speech therapy in preschool didn’t work for him,” she said. “He started with his first song at age 4, singing ‘I Feel My Savior’s Love.’ ”

Leonard and Pe’a’s father, Arthur “Ata” Pe’a, encouraged their son to take vocal lessons and to sing in a choir.

Pe’a said his father’s a jazz musician, and he grew up listening to Motown music.

His parents entered him in numerous talent and karaoke competitions. When he was 8 years old, he won song competitions statewide, including Brown Bags to Stardom and winning first place in the National Association Teachers of Singing Competition Colorado/Wyoming chapter. He placed first in the men’s category in classical and musical divisions while he was attending Colorado Mesa University from 2001 to 2007 in Grand Junction, Colo.

Pe’a received a bachelor’s degree in mass communications with an emphasis in public relations/news editorial. He worked for two years as an assignment editor at KJCT News 8, an ABC affiliate in Grand Junction.

Darlene Ahuna of Hilo, a Na Hoku Hanohano award-winning female vocalist, said she has known Pe’a all his life and watched him develop and grow as an artist.

“His voice will take you to the heavens,” she said. “His passion for music will have you rockin’ in your seat.”

And, he is scheduled to sing during a Kama’aina Nights Holiday Concert at 7 p.m. Dec. 16 at the Queen Ka’ahumanu Center.

When asked to sum up where he’s at with his music career and life, he said, “I’m just blessed.”