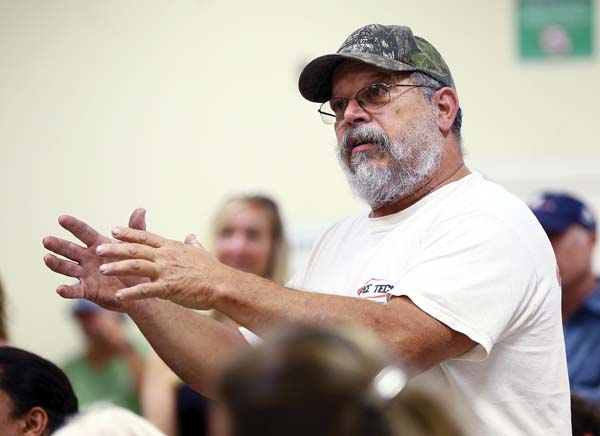 HAIKU — Haiku residents were opposed overwhelmingly to a new zip-line operation at a community meeting Wednesday night called by its developer who already has racked up more than a half a million dollars in fines running another zip line in the region.

Northshore Zipline Co. gave a presentation to about 75 residents at the Haiku Community Center detailing its 13.9-acre project, which requires a special-use permit. It took less than 10 minutes before residents interrupted and began demanding answers from the company’s owner.

“I’m pissed off about it, and I’m here to say they should go somewhere else on the island,” Daniel Coltart said. “Go where you’re not going to disturb people. Why don’t you do that? There’s obviously a lot of opposition on it. Go where the screaming doesn’t matter, because it matters around people.

Many residents complained about the company’s existing zip-line operation on Kauhikoa Road, which was denied a special-use permit by the Maui Planning Commission in July 2016. The business was ordered to stop operations immediately but continues to run tours and has racked up $565,000 in fines. 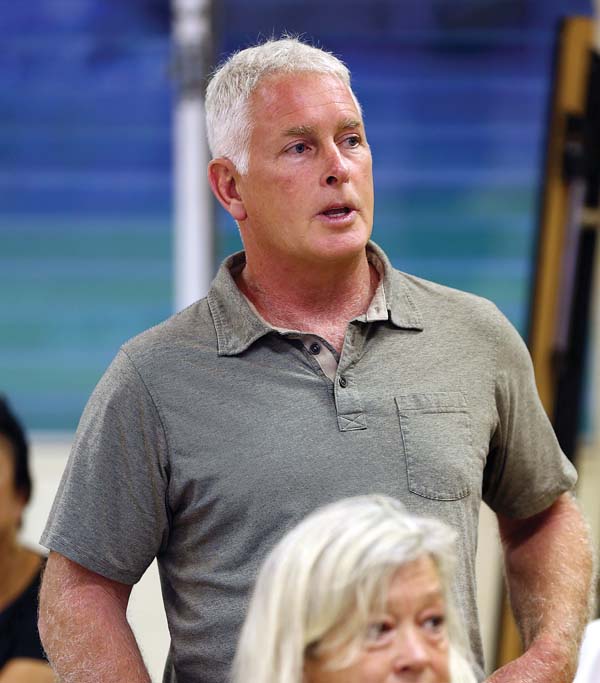 Residents also were critical of owner Derek Hoyte, who has gotten into trouble twice in Washington state for not obtaining permits for zip-line operations. He was sued by the U.S. Forest Service in 2010 and fined $1,000 and jailed for five days for violating the county’s order to stop operating public tours before the lines were removed in 2009, according to local news reports.

Hoyte acknowledged his past to the crowd but defended his Maui operations. He said the noise level from his zip lines is below the maximum allowable decibel limit for sound.

“Nine years ago, I got in a land dispute over property I owned,” he told the crowd. “Yes, I made some mistakes, and I’ve learned a lot since then, but I’ve been cooperating with Maui County since before we started.”

“This is a great location and the neighbors are essentially much further away, so we imagine there’s going to be a lot less impact,” Hoyte said. “Zip lines provide employment, tax revenue and a good tool for conserving land instead of subdividing it and building up houses.” 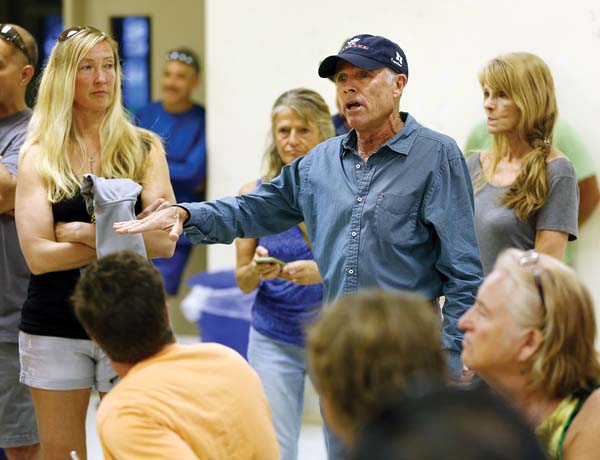 Haiku resident Daniel Coltart complains of loud noise and increased traffic caused by the nearby zip-line operation whose owner is trying to build another one in Haiku.

Residents raised concerns over increased traffic, a problem at the existing zip line on Kauhikoa Road. The neighboring Manawai Homeowners’ Association previously allowed Hoyte to use a private road to shuttle in visitors, but the association later rescinded its permission.

“We didn’t want hundreds of people going down our private road and screaming down a gulch that is conservation,” resident Dawna Richmond said.

Coltart said the property value of his home has dropped since the Kauhikoa zip line opened next door and blamed traffic and noise. The worst is when school is out and a group of kids ride down the lines.

“They scream bloody murder all the way down,” he said. “You don’t know when it’s going to come. You can be in the middle of a conversation; you can be trying to play a song on your guitar. On top of that, the high-pitched cable sound is like a Jedi knight going through the forest on his speeder.”

Haiku resident John Torres wondered how Hoyte is able to propose another operation considering the issues with the existing one and his history in Washington.

“This is what I don’t understand. If these guys are operating illegally, and he’s racking up fines, I don’t even know why this would be entertained by the county,” Torres said. “Now, this guy has 500 something thousand dollars in fines because he was told to stop operating. And he still operates.

“This same guy starts another business, and he’s probably going to do the same thing, and everybody is going to be stuck with it.”

Although the county ordered Hoyte to stop operations two years ago, he appealed the decision and prevailed in 2nd Circuit Court on a procedural issue over how the planning commission heard his application. He told residents that he has an agreement with the county that allows him to continue operating, while he pursues permits.

Planning Director Will Spence could not immediately verify the agreement Thursday evening and did not have a date for when Hoyte’s special-use permit for his existing location would be heard again. He does not believe there was anything legally preventing Hoyte from seeking another permit for a separate location.

After Wednesday’s meeting, Hoyte said the only reason his zip-line tours are being required to obtain special-use permits is because residents complained.

“None of the other zip lines on Maui have this permit,” he said. “We’re not doing anything that nobody else has done, and we’re doing everything in our power to be diligent in pursuing the permits. At the other locations, the neighbors haven’t complained yet, but I’ve heard rumor that maybe one of the other ones is facing the challenges we have.”

Spence did not know offhand if any other zip-line tours have special-use permits and noted some operations may not need one if clearly related to agricultural operations, such as Piiholo Ranch. He said the argument for a standalone zip line not needing a special-use permit is a “stretch.”

“There will probably be some changes in the law and changes in our agricultural rules that will clarify some of that,” he said.

Hoyte emphasized to residents that his current zip line is within the allowable noise level and assured them that his future one would be as well.

“A barking dog can make more noise for longer periods of time,” he said. “We believe this proposed location is far enough away from any adjacent neighbors that nobody would hear the sound. We believe this is actually a good and viable location for doing recreational tourism.”

Haiku resident Daniel Coltart complains of loud noise and increased traffic caused by the nearby zip-line operation whose owner is trying to build another one in Haiku.

Violist, violinist and music educator Teresa Skinner has the world on a string. She is the founder and director of the Suzuki-Maui School of Talent Education and Ability Development. Affectionately known as “Miss T.,” she has taught more than 300 students ranging in age from 3 to 55. — Sun Dancer photo