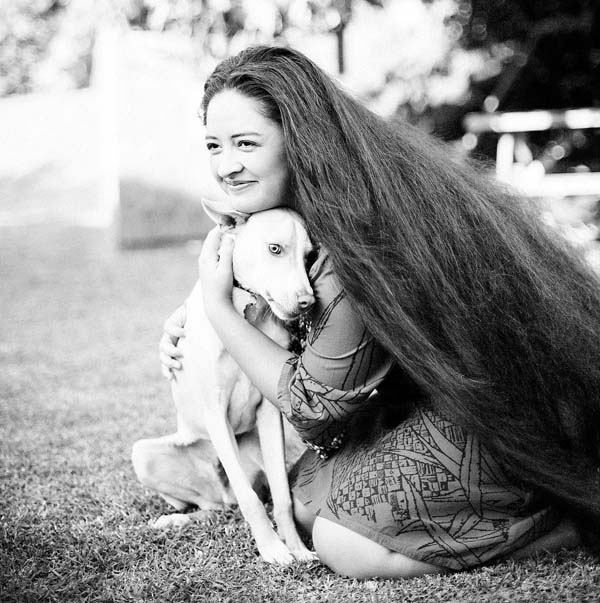 Hiwa Greig hugs her dog, Dobby. The Greig family lost Dobby in February after, what the family suspects, he had been playing with a dead animal outside the home before becoming ill and dying quickly. Last year, two of the Greig family’s other dogs also died. They are unsure of the circumstances, but the dogs threw up and became lethargic after a walk in their Waiohuli neighborhood. Other families in the area have seen their dogs die or become gravely ill in the past year, residents say.

Several Waiohuli families are grieving over their dogs’ recent deaths and are alerting other residents to protect their pets and children.

Since last year, at least half-dozen dogs have fallen ill, and some have died suddenly for unclear reasons, residents of the Hawaiian homestead community in Kula said. Some dogs may have died after eating something toxic, and another got sick and had high levels of bacteria.

Members of one family that has suffered the deaths of two dogs have seen numerous 1-inch, rolled-up pieces of cinnamon bread tossed onto their property. The family can’t afford to pay thousands of dollars to test the bread pieces for poison or toxicity.

The Kula families don’t know whether the harm that has come to their pets has been malicious, coincidence or just carelessness — such as people using chemicals to eliminate pests such as rats or chickens. The dogs that became ill or died were usually kept at or around the families’ homes and were leashed when taken off their properties.

“We need to get more active and vigilant, too,” said kumu hula Napua Greig, who had three of her family’s dogs die in a one-year span. “It’s our dogs. What about your small children? We have to start watching who is cruising through our neighborhood.” 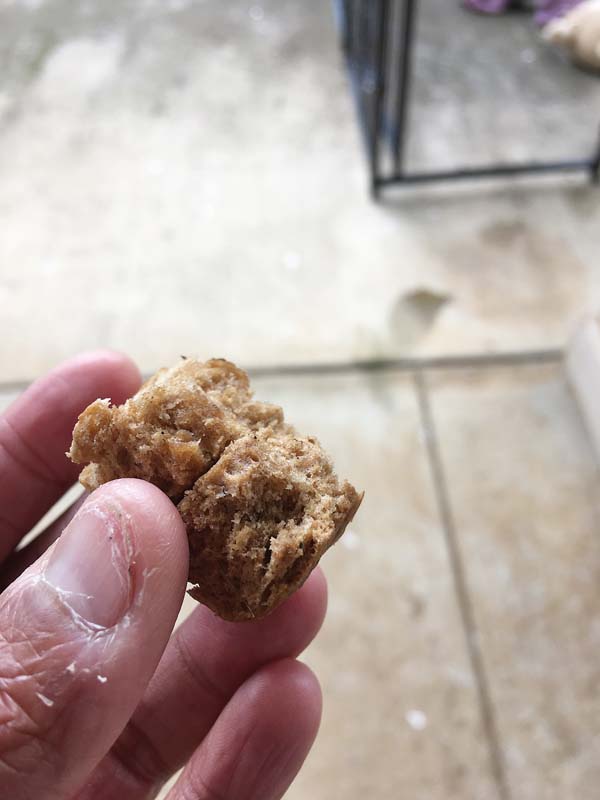 A family in Waiohuli has been finding rolled-up balls of cinnamon bread throughout their yard recently. The bread was found when the family dog, a healthy dachshund, was still alive earlier this month. The dog died on March 9. While a necropsy was not done, the family says the veterinarian suspects the dog ate something toxic. The high cost of testing the bread makes it unaffordable to determine if it poisoned the pet.

Greig said two of her daughter’s dogs that lived nearby at a former husband’s house died around a year ago. Family members walked the dogs and, when they arrived home, the dogs began throwing up and were very lethargic.

“They took them to the vet. They lasted overnight. They vet tried to save them,” Greig said, noting the mixed-breed dogs died the following morning. Chicken parts were in the dogs’ vomit.

Greig said the dogs were not tested for toxins, but she said the veterinarian suspected the dogs could have ingested something toxic, given their rapid decline.

And, in February, another dog, “Dobby,” owned by another Greig daughter, also died.

The 18-month-old mixed-breed had seizures and died within 10 minutes of the family trying to take him to the vet.

“So sad,” Greig said. She remembered that Dobby smelled like he had been playing with a dead animal outside before coming in. She added that from time to time she notices strangers in her rural neighborhood.

“You don’t come up here to cruise,” she said.

One of the Waiohuli dog deaths has been reported to the Maui Humane Society, said Jerleen Bryant, the agency’s chief executive officer. But she said that the owner declined to have the animal tested for confirmation of poisoning. Also, the owner did not have any suspects.

The Humane Society interviewed the dog’s veterinarian, who believes it ate something toxic, but not necessarily poison intentionally left for the animal, Bryant said.

In the last two years, the society has received four reports of suspected dog poisonings: the March 15 case in Waiohuli, one in Haiku last August, and two in Wailuku last March.

Bryant said she encourages people to report suspected pet poisonings because the society tracks them, looking for patterns in incidents.

It is the pet owner’s responsibility to have the animal examined by a veterinarian, she said. Then, the Humane Society will get the exam results.

If owners turn in the suspected poisoned food, the Humane Society will hold it until receiving word from the veterinarian on the suspected cause of death. The suspected food could be then sent to the state Department of Agriculture for testing.

If there are any suspects in the cases, the Humane Society would file a report with the prosecutor’s office. Otherwise, without suspects, the society would patrol an area with reports of suspicious activity, Bryant said.

A first-degree cruelty to animals charge, which includes intentionally or knowingly poisoning an animal, is a class C felony, according to Hawaii law. It is punishable by up to five years’ imprisonment and a fine of up to $10,000. Those convicted of animal cruelty are banned from owning pets in the future.

Another resident, Caron Romero, had her dog fall ill late January. Her miniature dachshund spent two days at the veterinarian’s office but survived.

He suffered from septic shock from high levels of bacteria, Romero said.

“Nalu” was taken on a walk that day and later had white gums and was foaming from the mouth and shaking.

Romero, too, tried to figure out what could have sickened her dog. There were no toads around the yard, and she knows that her neighbors do not spray chemicals. But, she said, dogs freely roam the neighborhood.

She also has been baffled by the recent dog illnesses and deaths in the neighborhood. Like other neighbors, her family is seeking to install surveillance cameras.

Another area resident had her dachshund die on March 9. It is suspected that the dog ate “something very toxic” because it had “full-on liver damage,” said the resident, who did not want to be identified for fear of retaliation.

She declined a necropsy on the dog, which was a “very healthy, lively, little doggie” at 3 years old.

And just a month before, another dog of hers died. It was an English pointer. The pet was 12 years old, but family members did not expect it to die suddenly.

In the case of the dachshund, both wife and husband realized that rolled pieces of cinnamon bread were present when the dachshund was still alive. They are unsure if the dog ate the bread.

Even up until this week, the couple is finding rolled-up bread pieces. She said the bread doesn’t have a foul smell, but they are unable to test it for chemicals because they understand testing would cost thousands of dollars.

“I feel like we have 1 acre, and I cannot even let my dog out. I’m afraid she will eat this bread and something will happen to her. To have that kind of fear in your house in your own property is not right,” she said.