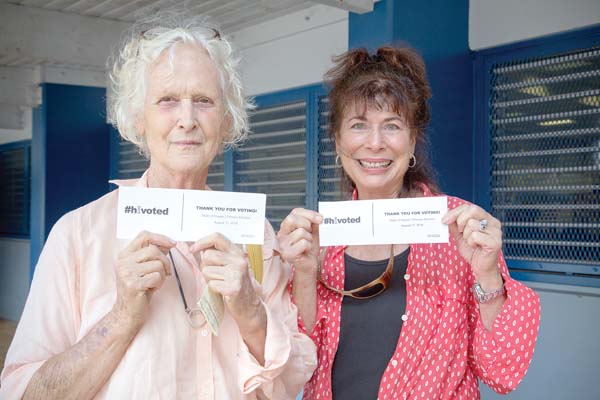 Maui County’s voter turnout of 36.2 percent of registered voters in Saturday’s election was the highest percentage for a primary election in two decades, but local election officials are hoping for better in the general election.

The improving trend may be the result of increases in absentee mail- and early walk-in voting, which was nearly double the totals of Saturday precinct voting, election data show. Of the 34,073 voters, 21,123 or 62 percent, voted absentee; only 12,950 voters cast ballots on primary election day.

And 65 percent of those who received an absentee mail ballot voted in the primary election.

“The ease of voting early, and the increasing number of voters who utilize these options, likely has a role in the increased turnout,” said Deputy County Clerk Josiah Nishita in an email Tuesday.

“We believe voting by mail will assist in increasing our turnout in Maui County but ultimately the responsibility to vote lies on each individual,” he said. 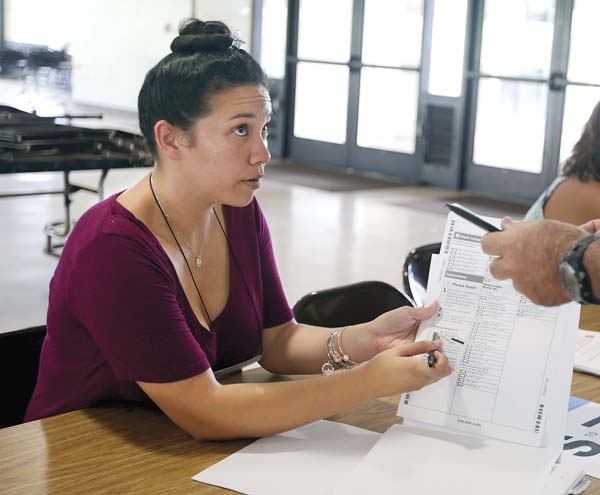 Voter turnout for Saturday’s primary — which included competitive Democratic gubernatorial and state Senate and House races and the whittling down of a seven-candidate field to two in the mayor’s race — was higher than the 29.6 percent or 26,993 people who voted in the 2016 primary election.

There was an increase of 7,000 voters since the last primary. The 36.2 percent of 94,194 registered voters who cast ballots was the highest percentage since the 47.4 percent in the primary election of 1998, Nishita said.

“The County of Maui and State of Hawaii, including our hundreds of volunteers, put a significant amount of time and effort into making an election possible,” he said. “We are happy to see that more people came out to vote in this year’s primary than they did in the 2016 primary but hope more take the time to make their voices heard on the future of our county and state in future elections.”

General elections in presidential election years tend to generate higher voter turnout percentages, he said. And while the Nov. 6 general election lacks a presidential vote, there are significant county races, including the election of a mayor and all nine council seats, four of which are vacant, he noted.

Also on the ballot are high-profile state constitutional amendments, he said. These include whether to hold a constitutional convention and whether a special tax should be levied on investment properties to fund education.

For the first time, residents were allowed to register to vote during absentee walk-in voting and on primary election day. Nishita said about 170 people registered to vote on Saturday and about 120 during walk-in absentee voting July 30 to Aug. 9 at the Velma McWayne Santos Community Center in Wailuku and Mitchell Pauole Community Center in Kaunakakai.

The main difficulties with primary election day registration were getting residents to understand the need to register at the correct polling place and that there would be delays, he said.

People can register or re-register to vote at the county clerk’s office in the county building in Wailuku, at the offices of the Division of Motor Vehicles and Licensing, by mail, online and at drive-thru registration events, but “some people wait until the last minute to register to vote,” he said.

There was an increase of 3,056 registered voters since the last primary election. In addition to new registrations, Nishita noted voter rolls are adjusted based on death reports and address changes.

Counties receive death reports from the Health Department every month and from families. When the clerk’s office receives verification of deaths, voters are removed from the rolls.

Also, voters whose addresses differ from their registration information are flagged in the system, Nishita said. If those voters fail to re-register after two election cycles, they are removed from the rolls.

On Saturday night, Honolulu TV news reported that all but one precinct in Maui County at Kaunoa Senior Center had reported after the third printout at about 10 p.m. Nishita said there was no problem at the Kaunoa site; county voting officials wanted to alert the public that absentee mail-in ballots dropped off at polling places still needed to be counted.

There still were some close state Legislature and county races that could have been affected by the absentee mail-in ballots. If county elections officials had said all precincts had reported on the printout, the public might have believed all the votes had been counted, Nishita explained.

Prior to the third printout, there still were about 1,100 absentee mail ballots to be counted, he said.

“To ensure candidates and the public knew there were still ballots left to count, Kaunoa’s 61 ballots were held from the third printout,” Nishita said.

Elections officials contacted Akaku: Maui Community Media and The Maui News to let the public know that there still were votes to count, he said.