King says she has votes to chair council

She has been organizing, making inauguration decisions 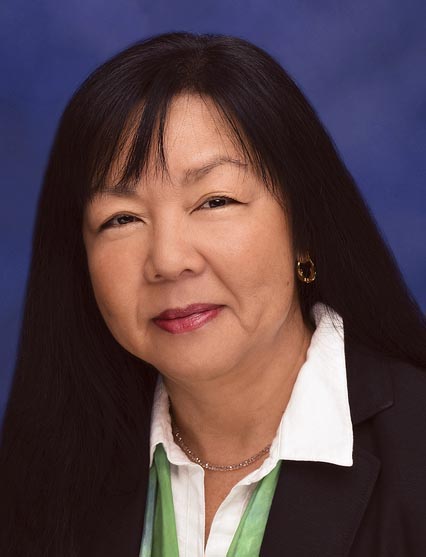 WAILUKU — Since securing support from her colleagues, Council Member Kelly King has been the de facto chair of the incoming Maui County Council, making decisions on the inauguration ceremony, proposing committees and even moving into the chair’s office on Monday.

But King said that what she’s doing is different from outgoing Chairman Mike White, who was criticized during the last inauguration two years ago for announcing ahead of time that he would return as chairman.

“I think the part that bothered most people was seeing a press release that solidified it,” said King, who is entering her second term as

the South Maui residency council member. “And that’s why I’ve been really careful not to really talk to you guys a lot or say in public, and making it a solid thing because it’s going to be solid once the vote happens. But if you don’t have anybody who’s a clear incoming chair, you have nobody to put all this stuff together.”

The new council will hold its inauguration ceremony at 10 a.m. Wednesday, followed by a meeting at 2 p.m. to choose its chair, vice chair and presiding officer pro tempore, and to vote on council rules, committees and staffing.

The last inauguration day council meeting on Jan. 2, 2017, stretched on for 13¢ hours after 75 testifiers showed up, most of them to criticize White for sending out a news release shortly after the November 2016 general election to announce that he would return as chairman, Bob Carroll would serve as vice chairman and Riki Hokama would return as chairman of the Budget and Finance Committee.

Testifiers said it was a violation of the County Charter, which requires the council to vote on its leadership on inauguration day. They blasted White for cutting backroom deals to win his chairmanship back and called for his impeachment.

At the time, White had argued that it was common for councils to organize prior to inauguration day, and that it was lawful to do so according to the state Office of Information Practices.

King said Monday that it wasn’t the organizing that was a problem. As a former member of the state Board of Education, she said that’s typical after any election. She was more concerned that it seemed “the minds had already been made up” regarding leadership and the makeup of the various committees.

She said that while she has proposed committees for the upcoming meeting, they aren’t set in stone, and she welcomed other council members to propose committees if they so choose.

King said that after the election, she called four new incoming council members — Tasha Kama, Tamara Paltin, Keani Rawlins-Fernandez and Shane Sinenci — to ask if she would have their support to be the chairwoman. She said it made sense because of the five Ohana Coalition members, she is the only one with experience.

“I basically said I need to know that I have your support, because there’s a lot of stuff that needs to get done before the first meeting that has to be decided on by the incoming chair,” King said.

Eight of the council members, not including Hokama, also met in early December to get to know each other. King said they did not discuss issues or organization, and that it was a legal gathering, which Corporation Counsel Pat Wong confirmed.

King said knowing the leadership ahead of time is important because the person needs to start working with the Office of Council Services, and the council has to hit the ground running on the first day.

“Otherwise, there’s no one to make those decisions, and I think that’s one of the things that the public doesn’t understand, that once you get on the council . . . you understand the need to get that kind of support, and that’s the part that’s legal,” King said.

“I don’t feel like that’s hypocritical. I think what would’ve been hypocritical would be if I did the same thing with announcing who was going to chair what committee and announcing who my pick for vice chair” would be, she added.

But for White, it all sounds very similar to what he was doing prior to inauguration day. White chose not to seek re-election to focus on his job as general manager of the Ka’anapali Beach Hotel.

“It is very similar to what transpired two years ago,” he said Monday. “The only difference was that I think I was even more transparent than she has been about the moves and about the assignments. I put out a press release, and she said nothing at all.”

But White believes King is acting within the law, just as he believed he was two years ago. King should be using the time before the inauguration to get organized, said White, adding that he’s been meeting with King to help her transition to chairwoman.

“That is absolutely false,” he said. “People had said, ‘We will support you, period, without condition.’ . . . They clearly wanted certain committees, but I had their support before we had any discussion about committees.”

Wong said Monday he couldn’t really compare King’s and White’s situations because he didn’t have personal knowledge of what was going on behind the scenes.

However, he said that informal organizing before inauguration day is not a violation of the Sunshine Law or the County Charter because technically the members are not considered an official council yet.

Incoming Council Member Alice Lee said that she would probably vote for King but with reservations, “because I have some issues with the process that we’re following,” specifically the process of choosing committee chairs.

King said she planned to have council members send her proposals of which committees they would like to chair or be members of, and what their goals would be for those committees. She said she believed this process would make the committee leadership “a little more meaningful” and not just a tradeoff for other favors.

“I told her we are in the minority, so we have very low expectations,” Lee said. “So from a practical point of view, it’s just better that the majority members simply pick the committees they want to chair, and the rest of us will take the balance.”

Lee said the upcoming council organizational process appears similar to the last one in that “it’s already pre-decided who the chair is going to be.”

“It appears that the Ohana Coalition members are staying together and voting for one of their own as chair,” she said. “I’m not complaining about that because I have been on both sides. In the past, I have been with the majority, and I’ve also been with the minority as well. . . .

“I am hoping that we’ll all become independent after this chair’s election, and that we will concentrate on being independent on the issues.”

Lee considered making a move for chairwoman, but decided not to after King told her she had the votes. Lee said if King has the votes on inauguration day, “she’ll get no argument from me.”

“Once you have that five, there’s no need to continue on,” Lee said. “The arguments have to stop, because now the work begins.”