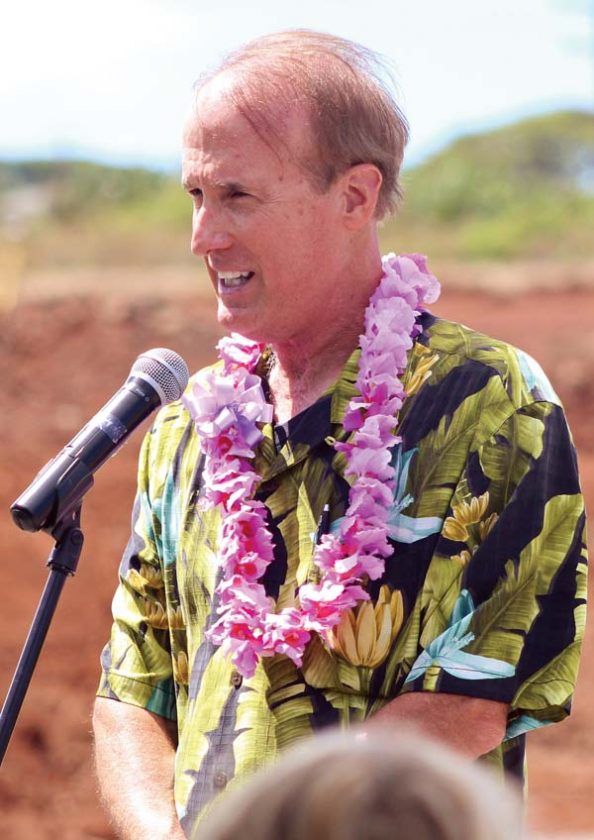 The West Maui Hospital Foundation has reached out to four major health systems in Hawaii in hopes of finding a partner to help build the long-awaited hospital in Kaanapali.

Board President Brian Hoyle said the foundation has sent out request for proposals to Hawaii Pacific Health, The Queen’s Health Systems, Adventist HealthCare and Kaiser Permanente, and is now awaiting responses.

“At this point, we’re on hold,” Hoyle said Friday. “We’ve tried to finance it twice through municipal bond issuances, and that has not proven successful.”

Hoyle said the foundation offered to donate the 15-acre site, which has been appraised at $12.7 million, to a health system, which would then develop and run the hospital. The proposals were sent out in late October and early November, and Hoyle said Kaiser is the only health system that the foundation has spoken with since then.

Plans for the West Maui Hospital and Medical Center call for a 25-bed, full-service hospital, including a 24-hour emergency room, three operating rooms, a 40-bed skilled nursing facility and a 40-unit assisted-living facility. The 53,000-square-foot medical complex also would include two medical office buildings and a 40-bed drug-and-alcohol rehabilitation facility.

The site is located makai of Kaanapali Coffee Farms on Kakaalaneo Road and is fully entitled, with grading and on-site infrastructure already complete. Hoyle said the off-site infrastructure, such as water and sewer lines, has been approved but still needs to be installed.

The state awarded the project a certificate of need in March 2009, and the developer, Newport Hospital Corp., purchased the property in September 2014. However, the hospital has run into a number of obstacles since breaking ground in August 2016.

The foundation attempted bond floats with Ziegler Investments in 2017 and with Bank of America Merrill Lynch in 2018, but neither felt comfortable investing in the project without backing from a major hospital system or tax support from the county or state, Hoyle said. That’s what prompted the foundation to seek out a major health care system that could “either use their own internal cash funds or have the ability to borrow at dramatically low interest rates and not be required to put up the reserves that we were required to do.”

Newport Hospital Corp., which planned to build the hospital and turn it over to the foundation to own and operate, is not a large health system, Hoyle said. It’s a private entity with a small psychiatric hospital in California. And, the recently formed West Maui Hospital Foundation doesn’t have the credit standing to borrow the funds needed for the project.

Hoyle said construction of the hospital is expected to cost about $50 million, and the foundation would have to put up another $20 million for interest and to cover initial operating losses once the hospital opened up.

Hoyle said he’d spoken to Kaiser in November after sending out the proposals, but that he wasn’t sure whether Kaiser was interested or not.

Queen’s issued a statement Friday saying that it is “always looking at new ways to provide quality health care to the people of Hawaii, but we are currently not pursuing this.”

West and South Maui Sen. Roz Baker wasn’t holding out much hope that any of the health systems would respond to the foundation’s proposal.

“None of them are going to,” said Baker, who chairs the Senate’s Commerce, Consumer Protection and Health Committee. “Health care has changed so much that these small rural community hospitals just don’t make it anymore. I mean, they’re very expensive propositions. We have a shortage of every kind of health care provider imaginable.”

Baker said the community is expecting a full-service hospital but that specialists are in short supply. She pointed out that it’s already a struggle to recruit physicians to Maui Memorial Medical Center, and that it would be hard to incentivize physicians to work at a smaller facility in West Maui.

“On Oahu where there are lots of opportunities currently, how are we going to get them to go to West Maui where there is a small population base, where they are not going to have ready access to the best equipment?” she said. “Even if we could do some things with telehealth, I just think it’s not giving the community what they’re expecting.”

The state, she added, is not in a position to fund the hospital because it’s “having a hard enough time taking care of the other HHSC (Hawaii Health Systems Corp.) hospitals, and many of them are small community hospitals.”

As an alternative, Hoyle had also floated the idea of a freestanding emergency room, which would provide 24-hour emergency care and “run like a small hospital” but would not be created for extended stays.

“We could start with a freestanding ER and expand into the whole hospital,” he said.

But Baker wasn’t sure that would solve the problem.

“Even if you wanted to do a freestanding ER, you’ve still got to have the people there that can actually do some kind of triage and can actually treat,” Baker said. “The notion that you’re going to take somebody someplace, stabilize them and then transport them, that’s not how it works these days. They’re working on them in the ambulance.”

Baker thought that the foundation needed to “take a step back and rethink” the project. She said that Hoyle should sit down with health care providers who are on the front lines to talk about what West Maui really needs and how a hospital or other health care facility could be sustainable. She also suggested reaching out to Kaiser subsidiary Maui Health System, which runs Maui Memorial Medical Center and Kula and Lanai Community hospitals, or the island’s federally qualified health care centers to discuss possible partnerships.

Baker added that she wished she could be “more upbeat” about the hospital, but that she was trying to be realistic.

“I know there are a few folks still holding out hope that there’s a hospital,” Baker said. “But I just see so many roadblocks on the way, that even if money were not the issue, I don’t think it’s viable in this day and age and this kind of climate.”