Family holds out hope that Kekai Mina is still alive 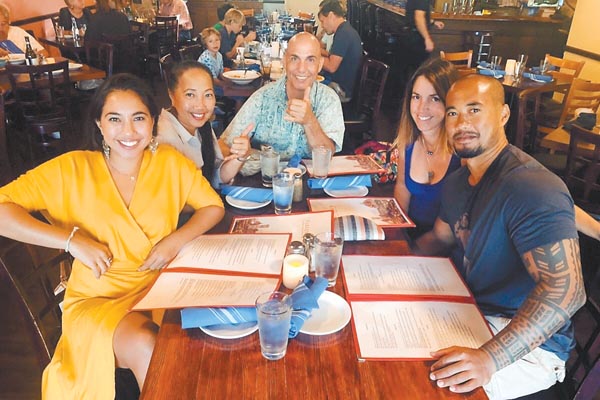 Noah “Kekai” Mina (from right) enjoys a night out with girlfriend Annina Wild, father Vincent, mother Irene and sister Kahanulani. The family is joining forces with the searchers who found Amanda Eller in hopes of finding Kekai Mina, who went missing around the Kapilau Ridge Trail in Wailuku on May 20. Photo courtesy “Bring Kekai Home” GoFundMe page

The family of missing hiker Noah “Kekai” Mina is joining forces with the men who located Amanda Eller, in hopes of tracking down Mina in the dangerous terrain of the West Maui Mountains.

Chris Berquist and Javier Cantellops, the arborist and Army Ranger who led the two-week search for Eller in the Makawao Forest Reserve, met with Mina’s family and were taken by helicopter Sunday to the area where he was last seen “so they can get a general overview of the area to develop a strategy from there,” father Vincent Mina told The Maui News on Sunday.

“They feel what needs to be checked off the list is the lower levels of the gulch area, and so the plan is to go into that area hiking and with drones,” Vincent Mina said. “We still feel he’s up there walking around . . . and so that’s why we’re continuing in this process. We don’t want to give up until we either find a body or we bring him home.”

Noah “Kekai” Mina was reported possibly missing on May 20 in the area of the Kapilau Ridge Trail, also known as St. Anthony Cross, in Wailuku. First responders searched the area by air and by foot but were unable to locate the 35-year-old man.

They did discover his slippers at about the 2,500-foot elevation level and found “some activity” that included footprints, though they weren’t sure if they were his, Vincent Mina said. Rescue crews have scanned the sheer walls of the ridges and rappelled into plunge pools where he might have landed if he fell.

“The Maui Police Department and the Fire Department have been stellar,” Vincent Mina said. “Some of the fire rescue personnel are personal friends of Kekai, so they’re very much invested in finding him.”

While the official search ended at the 72-hour mark, Vincent Mina said some first responders returned later on to see if the food and clothing they’d left in the spot where his slippers were found had been taken. But the provisions were still there, “so they got the feeling that he moved on.”

He added that his son had taken his phone with him, but that calls are going straight to voicemail and the phone is likely out of battery at this point.

On Sunday, Cantellops posted on his Facebook page that he, Berquist and Elena Pray, who were all involved in the search for Eller, were planning to do a preliminary flight to get the lay of the land.

“This situation is extremely dangerous and different than Amanda’s search,” Cantellops said. “Volunteers will not be used in the search. We will be putting together a specialized team of pros that will be going into the area.”

Cantellops said weather and the dangerous terrain were major factors in the search. There are some areas of the path that are two-feet wide with an 1,800-foot drop.

“I am still riding high from finding Amanda and by no means have we come down from that cloud,” Cantellops said. “But . . . a member of the community is missing and we are going to help as much as possible.”

Vincent Mina said that the family and searchers hoped to set up a base camp today in Iao Valley. At this point, “people hiking isn’t what we need,” he said, explaining that there was a greater need for air support in the form of Federal Aviation Administration-certified drone pilots, as well as donations to help fund private helicopters, which can cost $1,200 an hour. He also asked for prayers.

Police Assistant Chief Victor Ramos said last week that mental health issues were a factor in the case, though Vincent Mina said in a statement shortly after that his son was “seeking clarity, and he has turned to nature to find that safe haven.” He added that the family looked forward to his return and asked people to refrain from assumptions.

“He has a very strong will to live,” Vincent Mina said Sunday. “He’s very focused. . . . He understands the depth of his choices. I feel he’s been very courageous to do this. Some people may think differently, but I knew my son, and he wanted answers and he wasn’t getting the answers out here.”

He said that kupuna “are telling us that he’s still alive,” and that he, his wife Irene, his daughter Kahanulani, and his son’s girlfriend Annina Wild, also felt they would find him alive.

The family set up a GoFundMe page that had pulled in nearly $30,000 as of Sunday evening. For more information or to donate, visit www.gofundme.com/kahea-kekai-home, or see the “Bring Kekai Home” Facebook page. 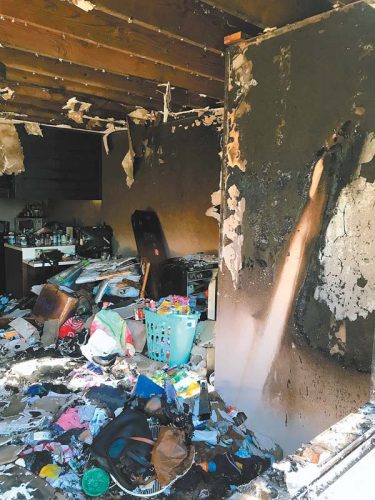 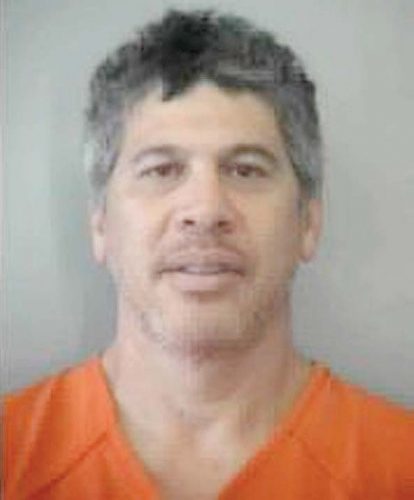