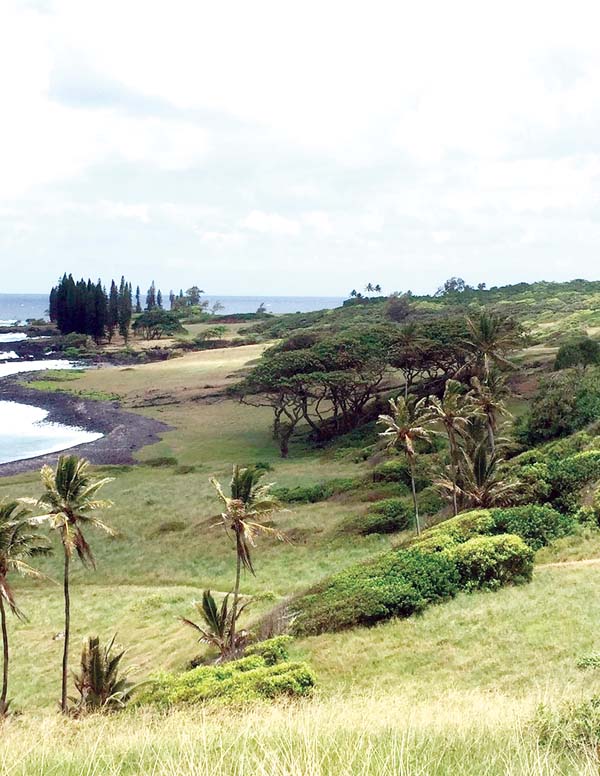 The state land board approved a Legacy Land Conservation Program grant of $2.2 million to a Hana nonprofit group to acquire 27 acres in East Maui at Mokae-Makaalae.

The grant was awarded April 26 by the state Board of Land and Natural Resources to Ke Ao Hali’i with a conservation easement held by the Hawaiian Islands Land Trust, a news release said.

The oceanfront fishing and gathering place in Hana contains old growth hala trees, and an ancient settlement and offers access to the shoreline, BLNR filings said. Past archaeological surveys showed three heiau and disturbed human burials. Human bones also are being unearthed by erosion at the beach.

The nonprofit organization, which means “protective blanket of clouds,” has funding for aerial investigations and other noninvasive tools for mapping the archaeology of the Mokae parcel, the filings said.

Decades of sugar cane growing and ranching on the land have degraded most of the native vegetation, though an old grove of hala has survived. There is the potential for the reintroduction of native plants and seabirds, the filing said.

The group, formed by community members to protect 400 acres of mostly coastal Hana land on the market at Makaala, Mokae and Haneoo, plans to restore native habitats in conjunction with strategic cattle grazing by working with Hana Ranch to determine the best use of the land, the filings said. The area contains 3.2 miles of undeveloped, oceanfront pasturelands that is rare in Hawaii and in keeping with Hana’s character.

The land currently is owned by Hana Ranch Partners.

The nonprofit group also expects a match from county open space funds of $742,000. The money has been included in Mayor Michael Victorino’s budget proposal and the County Council budget committee proposal making its way through the council for the next fiscal year beginning July 1.

The proposed budgets also include $1.5 million for the purchase of Makaalae lands, the nonprofit’s website said. The nonprofit was formed to protect and preserve Hana Moku and Native Hawaiian practices by holding title or easements or owning interest in property.