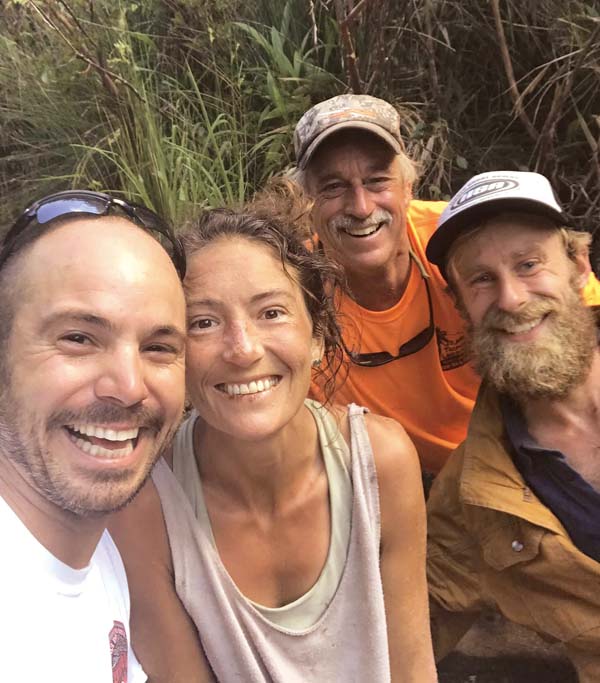 Haiku resident Amanda Eller (second from left) is all smiles after being found by searchers Javier Cantellops, Troy Helmer and Chris Berquist above the Kailua reservoir in East Maui on Friday afternoon. The men spotted Eller from a helicopter and went down to retrieve her. She was taken to the hospital and was in good spirits, her family said. Eller had been missing since May 8. -- TROY HELMER photo

WAILUKU — It was a wrong turn that took Amanda Eller to a spot deep in a creek bed between two waterfalls where the missing hiker was found Friday afternoon, miles from the Makawao Forest Reserve area that had been combed by searchers.

After being spotted by volunteer searchers aboard a private helicopter, the 35-year-old Haiku resident was medevaced to Maui Memorial Medical Center, where she was hospitalized Friday.

“There’s been a lot of speculation for the last two and a half weeks about Maui and what’s happened out here,” said Javier Cantellops, a search captain who was aboard the helicopter that located Eller. “It wasn’t a kidnapping, it wasn’t an abduction. It was straight out of a movie.

“She took a three-mile jog, went the wrong way. Just like we’ve been saying — you get turned around in these woods . . . you get lost, you’re gone.”

Eller, a physical therapist and yoga instructor, was last seen the morning of May 8. Her white Toyota RAV4 was found in the parking lot of the Makawao Forest Reserve, where friends and family said she loved to run and hike. Officials found her cellphone and wallet inside the car, and her key hidden under the driver’s side front tire. 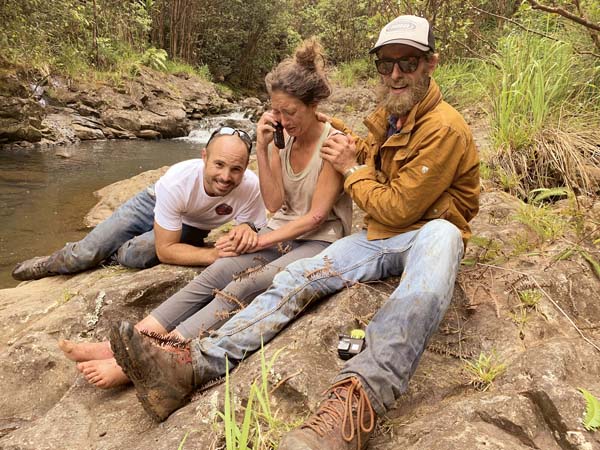 When police and firefighters suspended their search after 72 hours, volunteers continued the effort to locate her, marking areas of the forest as they were searched by people, dogs and drones.

Sarah Haynes, a friend who coordinated the Facebook page Findamanda, said volunteers had covered the forest and were wondering whether to go over it a second time or look in new areas.

While some people said to stop the search, “we just kept holding out hope,” Haynes said.

Deciding to cover all possibilities, Haynes said a $50,000 reward for information on a possible abduction had been posted about an hour before Eller was found.

Police said Eller was spotted in the area of the Kailua reservoir at 3:45 p.m. by the searchers in the helicopter. The Maui Fire Department responded and extricated Eller. 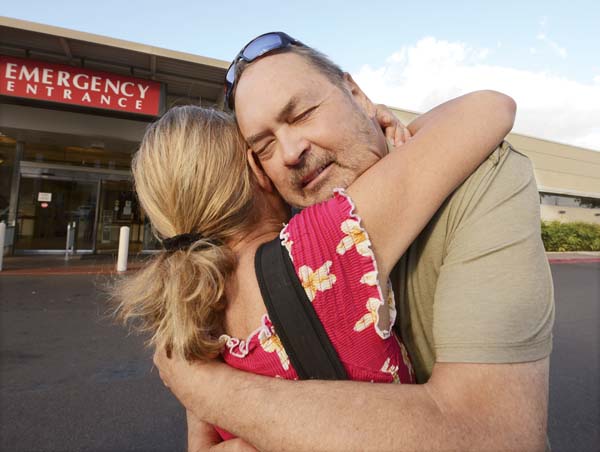 Haynes said the private helicopter was paid for by a GoFundMe account that generated $75,000 in donations from the Maui community and around the world.

The helicopter was “way out of the search zone” as volunteers looked at random areas in case Eller had reached them, Haynes said. She said the location was described to her as “way above Twin Falls” in Haiku and “really freaking far” from where Eller’s vehicle was left.

Lead searchers Cantellops, Chris Berquist and Troy Helmer, whose hunting dogs had helped search for Eller, were aboard the helicopter when Berquist said he and Cantellops spotted her at the same time as they looked out the right window of the helicopter, which was hovering 200 feet above a stream and moving at a walking pace.

“I’ve seen that girl every day for the last two weeks about 100 times a day,” Berquist said afterward at the search base camp. “There was no mistake it was her.”

Cantellops added, “as soon as we made eye contact, we knew.”

Haynes said Berquist described how Eller was waving her arms when she saw the helicopter.

“She was down in a creek bed with extremely steep sides that she probably couldn’t have gotten herself out of,” Haynes said.

Berquist was dropped off and ran down the ravine to help Eller.

“What better person to find her — the No. 1 hardest worker on the ground finds her,” said Haynes, adding that Berquist lost his job after deciding not to go back to work while searching for Eller.

The private helicopter left the area so the Fire Department helicopter with rescue firefighters aboard could go in to extract Eller, Haynes said.

She said Eller called her father from the helicopter. John Eller said there were “a lot of tears” when he saw his daughter again.

“It looks like she lost a little weight, got a really good suntan,” he said. “Sun took its toll. It was a rough journey. It was her mental strength and fortitude, her belief in herself that kept her at it.”

Haynes said John Eller had said all along, “my daughter’s been preparing her whole life for this moment. And she’s going to make it. She’s going to live four weeks without food.”

“Here we are three weeks in,” Haynes said.

She said Eller had minor injuries. “But she’s alive and she’ll be alive — that’s what matters,” Haynes said. “It’s amazing.”

Haynes said Eller’s boyfriend, Ben Konkol, was in the hospital room Friday with Eller, who was being allowed two visitors at a time.

“It’s a beautiful day and Ben is over the moon,” Haynes said. “He loves that girl so much.”

Julia Eller said Friday evening from the hospital that she had been part of a search crew that was preparing to scout a difficult gulch that afternoon. They were headed back when they got the call that her daughter was alive.

“It’s just the greatest news I’ve ever gotten in my whole life, that my daughter has not only been found, but that she’s in reasonably good condition for what she’s been through,” said Julia Eller, who hustled the rest of the 45-minute uphill hike to get back to base camp, along with her daughter’s best friend, Katie York. “She’s a survivor, and I knew that, and she’s proved that now.”

Julia Eller said her daughter had hiked out three or four miles, laid down on a log to take a rest, “and when she got up, she was completely disoriented.”

“She tried to trust her instincts about which way to go,” Julia Eller said. “Unfortunately, it led her farther away from where her car was at.”

Over the course of more than two weeks, she did what she had to in order to survive. She stayed near a water source, picked wild raspberries and strawberry guavas, and even ate a couple of moths. She tried to catch some crawfish but was “not very successful.”

“She lost quite a bit of weight, as you can imagine, being lost for that amount of time,” Julia Eller said. “But she was able to survive it. She had the right skills and did the right things to buy time so that we had a chance to find her.”

Amanda Eller suffered a leg fracture, abrasions on her ankles and a pretty severe sunburn, but her mother said her spirits were good, “and all of those things are treatable.” She said she couldn’t thank the Maui community enough for its assistance in finding her daughter.

“We are so incredibly grateful, and our prayers have been answered,” she said.

Up to 150 people a day showed up some days to help search for Eller, with 50 to 80 volunteers even on weekdays, John Eller said.

“The boots on the ground were primarily people in the community reaching out every day,” he said. “We were all pulling together. The Maui community didn’t abdicate their responsibility. They took care of their own. And it worked. They got her back. We’re so grateful.”

Haynes said office space had been donated for the search, as well as a vacation rental for the family.

“So many people contributed so many things,” she said.

John Eller said, “We’re going to have a serious party. Everybody who was involved. We owe a huge thank you.”

The volunteer searchers who found Eller said they didn’t want to question her too much because she was somewhat in shock.

“And don’t be too quick to judge, that’s the big thing,” Helmer said.

Haiku resident Amanda Eller (second from left) is all smiles after being found by searchers Javier Cantellops, Troy Helmer and Chris Berquist above the Kailua reservoir in East Maui on Friday afternoon. The men spotted Eller from a helicopter and went down to retrieve her. She was taken to the hospital and was in good spirits, her family said. Eller had been missing since May 8. — TROY HELMER photo