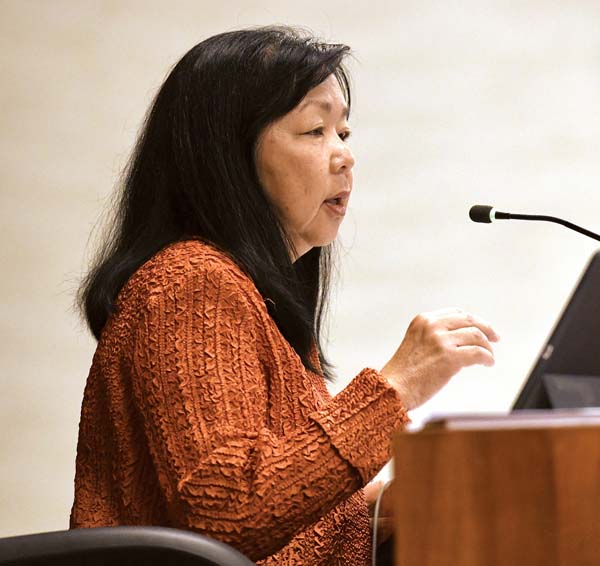 WAILUKU — The Maui County Council on Friday passed the fiscal year 2020 budget on first reading after vetting a variety of amendments, including limiting the type of waste that the Central Maui Landfill can accept during extended hours on Sundays.

The council’s proposed budget is hovering around $820 million, around $40 million higher than Mayor Michael Victorino’s proposal.

The total from the committee version of the budget was $823.6 million, but an exact number from Friday’s amendments has not been determined. David Raatz, supervising legislative attorney with the Office of Council Services, noted in an email Friday night that most members did not increase or decrease appropriations.

A second and final reading on the budget is scheduled for May 28. By law, the council has to pass the budget by June 10, or Victorino’s $781 million budget goes into effect.

“What we have today is a really exciting budget,” Council Chairwoman Kelly King said after a daylong meeting that ended around 7 p.m. Friday. 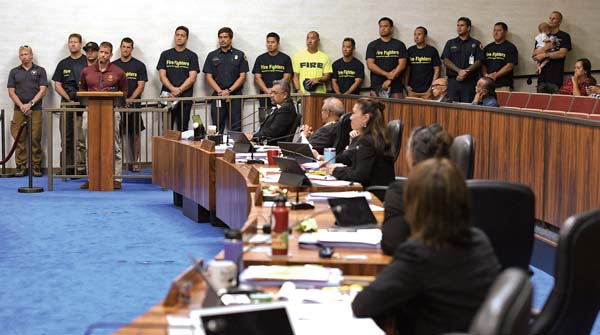 Rawlins-Fernandez admitted she was nervous and that the committee wasn’t her first choice. She commended her staff and the Office of Council Services team.

“I thank you for being creative and fearless in putting the items in the budget to serve our community,” she said.

Items in the budget include $2.2 million for homeless programs and $1.4 million for affordable rental housing. The council is also increasing the affordable housing fund to 4 percent of real property tax revenues (Maui County Code requires at least 2 percent). 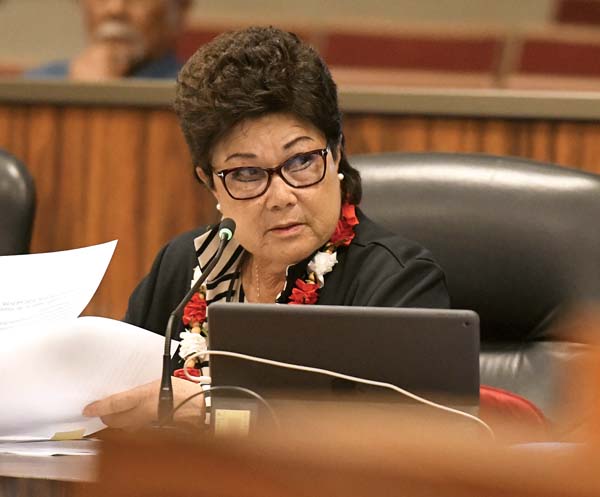 Also in the budget is $500,000 for Phase I of a Countywide Master Plan for a Shoreline Retreat, starting with Molokai. It also includes $4.4 million to the Ocean Safety Program — an increase of about $400,000 — to cover staff increases, annual medical exams and new vehicles.

More than a dozen amendments were offered on Friday, most of which passed, including one that would alter the administration’s plans for opening the Central Maui Landfill on one Sunday per month. Members approved opening the landfill, but limited dumping to green waste only.

King said the Department of Environmental Management’s Solid Waste Division noted that it would cost more than $800,000 a year to have the Central Maui Landfill open one Sunday a month. This would include hiring six additional personnel.

She added that she was told that Saturday users of the landfill will just shift to Sunday, so no new revenue will be brought in.

With the amendment, the county will instead hire two additional personnel and have a quarterly report on the usage of the landfill when it is open for green waste on Sundays.

King said early in the meeting that acting Corporation Counsel Moana Lutey’s confirmation is scheduled for May 28.