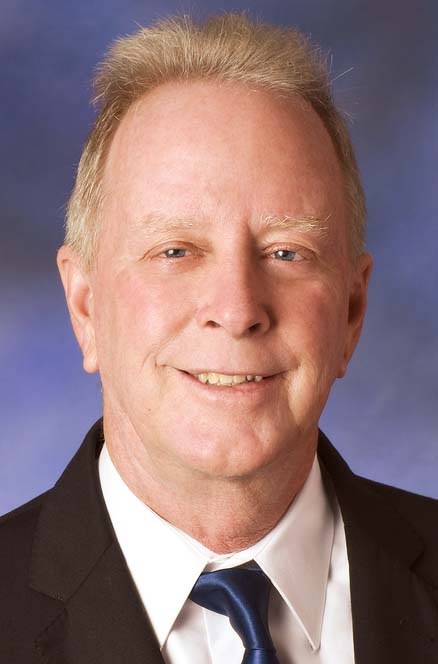 WAILUKU — In the wake of a state legislative session that sank a bill to extend controversial water permits, the County of Maui is assuring 36,000 Upcountry water users it’s working on options to ensure delivery once the current permit expires.

Water from East Maui streams on state land is diverted through miles of the Wailoa Ditch, operated by East Maui Irrigation (owned by Alexander & Baldwin and Mahi Pono) to county water treatment plant Kamole Weir, then to thousands of county water customers in Makawao, Pukalani, Haliimaile and Haiku. Kamole is one of three Upcountry surface water sources and the only one impacted by the measure, which would have extended the revocable permit EMI uses to collect county water.

“We’re going to work with the interested parties to evaluate all the options for providing water to the Kamole water treatment plant through the Wailoa Ditch,” county Director of Water Supply Jeff Pearson said last week. “Then we will determine the best approach to ensure a reliable source for Upcountry.”

Shan Tsutsui, Mahi Pono senior vice president of operations, declined Friday to say whether the company will apply for its own revocable permit, but said it is “committed” to working with the county.

“Following last week’s end of the legislative session, Mahi Pono has been evaluating all of our options to secure water to support farming, food production and for residential use,” he said. “We are committed to working with the county to ensure continued water delivery to Upcountry residents.”

While people continue to weigh in on the water rights bill’s demise for its 12 revocable water permit applicants around the state, Maui County is tasked with figuring out how water will get from Point A to Point B.

This operational issue, regardless of who owns EMI’s system, is something that has been misunderstood, said Pearson.

“(Legally speaking), the county can have water, because it is a public trust — but it has to get there,” Pearson said. “It has to be diverted. And someone has to open and close these diversions. Someone has to go down to the ditch and make sure the rock is out of the ditch, all of whatever that takes; I don’t even know all that hard work. Then it has to flow from the ditch to our treatment plant.”

EMI’s ditch system was constructed between 1876 and 1923 to divert East Maui stream water westward to irrigate sugar cane fields. As a whole, its 74 miles of ditches, tunnels, pipes and flumes move water along Haleakala’s slopes via gravity only.

Mark Vaught, EMI operations manager, said the specific ditch that helps feed Upcountry water is about 14 miles: It starts in Nahiku and passes through many tunnels before reaching the Kamole water treatment plant. “It does need maintenance,” he said Friday.

In general, Vaught said, a crew of 16 workers maintain ditches, clean them, “fix anything that’s broken” and “make sure it’s operating efficiently and effectively.” Ditch obstructions can be caused by landslides, small rocks and trees, he said.

Whereas EMI crews used to take direction from A&B, they now defer to Mahi Pono, according to Vaught.

The privately financed, constructed and managed irrigation system is among the largest in the U.S. and “demonstrated the feasibility of transporting water from steep tropical forested watersheds with high rainfall across difficult terrain to fertile and dry plains,” according to American Society of Civil Engineers. It hails the system as “a pioneering example of irrigation technology.”

However, the infrastructure is also what A&B has used since before the overthrow of the Hawaiian kingdom to divert water from the natural flow of the streams, which remain vital to traditional and cultural practices, along with delicate mountain and ocean habitat.

After decades of legal and political battles, Native Hawaiian and environmental opponents to A&B diversions gained ground. A 2016 Oahu Circuit Court ruling said extending annual state revocable permits continuously to A&B was against the law. The Legislature subsequently granted permit holders, including A&B, three years to secure long-term leases, but none of them did. And in 2018, the state water commission ordered flow standards for 17 East Maui streams by finalizing a contested case that went on for 17 years. This case ordered full flow returned to all streams where taro patches were in place.

Through Act 126, A&B currently has a one-year revocable permit to draw water from state lands in East Maui and transport it to Central Maui and Upcountry; EMI relies on this permit to deliver water to county customers. Its permit is set to expire Dec. 31, following the sunset of Act 126 in June and after two versions of HB 1326, the bill to extend revocable permits, recently divided state lawmakers and failed in committee. Barring any legislative intervention, rules will default to HRS 171-58 on Jan. 1, 2020. That state law says water rights applicants may seek a month-to-month permit for up to one year, with an option for up to three holdover years while a lease is being pursued.

“Again, Alexander & Baldwin is the only existing revocable permit holder whose water use was declared unlawful by a court of law,” the Native Hawaiian Legal Corp. said in a recent response to Gov. David Ige’s support of an HB 1326 version extending A&B permits. “None of the other eight to nine permit holders, or new permit applicants for that matter, need be unduly concerned about a lawsuit to which none was a party, or a court order that cannot be enforced against their specific water uses.”

Pearson said “all options” are on the table when it comes to how the county will secure water collection after Dec. 31.

When asked whether Mahi Pono, which purchased 41,000 acres of former sugar cane land from A&B in December, would apply for a revocable permit, whether the county would apply for its own RP and possibly help maintain the ditch system, or whether there could be a special session to extend RPs, Pearson declined to answer, saying he did not want to speculate.