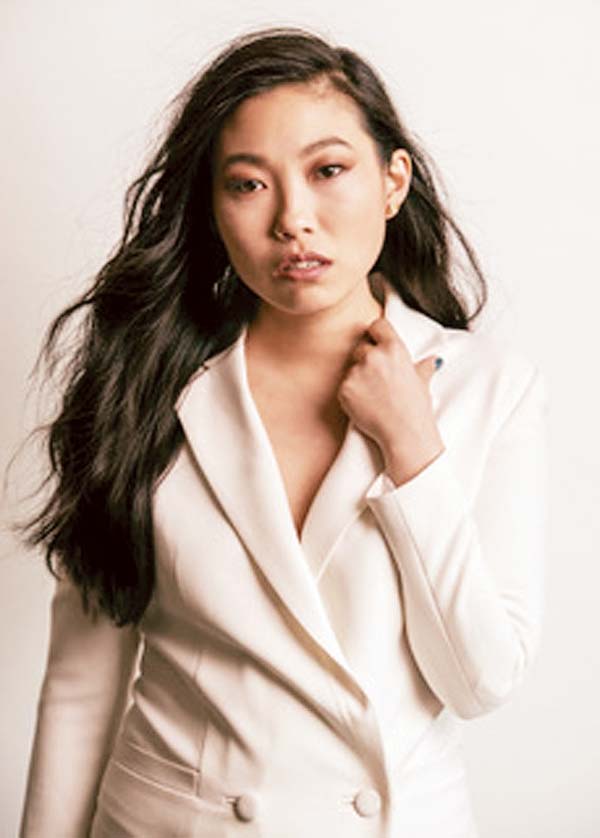 “We are thrilled to have the opportunity to celebrate and honor the 2019 Maui Film Festival’s brilliant Shining Star recipient Awkwafina, who is deservedly enjoying a stratospheric ride into the galaxy of cinematic stardom,” said Rivers. “My best guess is that we have only just begun to enjoy her eclectic and powerful performances, as I’m sure she will delight and touch people around the world in many triumphant decades yet to come. We’re also extremely excited to welcome Alaska Airlines into our festival ohana as our newest Signature Sponsor.”

Alaska Airlines will sponsor the tribute and screening in the festival’s signature venue, the outdoor Celestial Cinema on the Wailea Gold & Emerald Golf Course. The festival, celebrating its 20th anniversary, runs June 12-16 at the Wailea Resort and the Maui Arts & Cultural Center.

The Shining Star Award “honors a film artist who dares to dream big dreams and delivers brilliantly charismatic and revelatory performances every time that opportunity knocks.” Over the last decade, the festival has displayed an uncanny knack for recognizing young artists on the cusp of superstardom, at the moment before they hit the industry A-list. Past Shining Star honorees include Adam Driver, Zac Efron, Andrew Garfield, Jake Gyllenhaal, Amber Heard, Freida Pinto, Emma Roberts and Olivia Wilde. 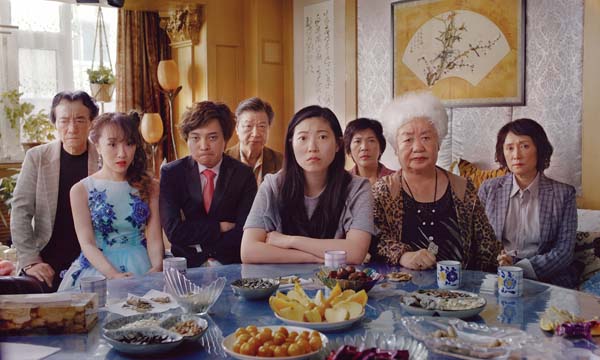 Awkwafina (center) heads the cast in “The Farewell,” a dramatic comedy about an extended Chinese family trying to keep a secret from their grandmother. It will screen June 15 at the Maui Film Festival’s Celestial Cinema. A24 Films photo

She heads the cast in the dramatic comedy “The Farewell,” playing Billi, joining the rest of her Chinese family trying to hide a terminal cancer diagnosis from their grandmother and scheduling a wedding to bring them together before she dies. The film is written and directed by Lulu Wang.

Awkwafina was part of the female cast taking over the caper action from the guys in the comedy hit “Ocean’s 8,” and she made a memorable appearance hosting “Saturday Night Live” in 2018. She also co-starred in Olivia Milch’s “Dude,” a dramatic comedy about a group of girls dealing with their impending high school graduation.

Upcoming projects include her Comedy Central show “Awkwafina” coming in 2020, and “Jumanji 2,” co-starring with Dwayne Johnson and 2017 Maui Film Festival honoree Karen Gillan, set for release this December. She will also co-star with Peter Dinklage in the vocal cast of “The Angry Birds Movie 2,” the sequel to the animated hit that had its press junket in Wailea in 2016.

Awkwafina’s big night at the Celestial Cinema will also mark the debut of the festival’s newest major sponsor.

“We were immediately on board with the Maui Film Festival,” said Natalie Bowman, managing director of marketing and advertising at Alaska Airlines. “A film can make you feel connected to the world the same way that travel can, and we’re thrilled to bring the two together to add even more magic and excitement to Maui.”

The Maui Film Festival will be announcing more honorees and its complete schedule in weeks to come. For more information, visit www.mauifilm festival.com.