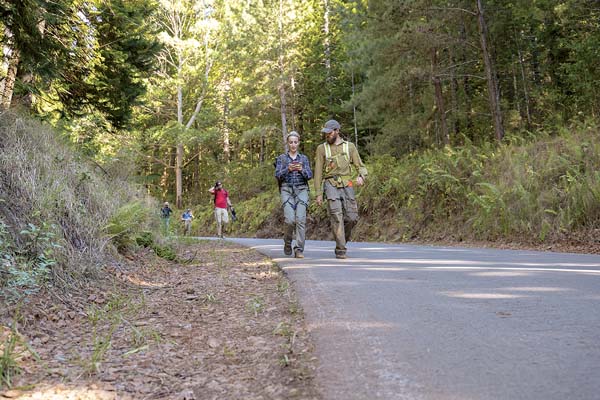 Volunteer rappellers descend from Makawao Forest Reserve base camp at its upper parking lot Saturday afternoon as they prepare to launch another GPS-tracked search before the sun goes down. An average of 100 volunteers have arrived daily to look for missing Haiku woman Amanda Eller, including specialists such as rappellers, commercial drone operators and divers, according to organizers. FRANK DEUTSCH photos

MAKAWAO — Nearly a week and a half into the Makawao Forest Reserve search for missing Haiku woman Amanda Eller, her father said that this stage marks a “big push” to cover an area map using GPS tracking on humans, canines and drones.

“We’ve had a huge turnout of community help and support — searchers, ATVs, horses . . . we have a search-and-rescue team from Kauai with their dogs out here, we have a search-and-rescue team from Maui here. We’ve got basically all the dogs in the islands that are professionally trained, NASAR dogs, that are here over the next couple of days,” John Eller said on Saturday afternoon. “This is the big push; we still have great volunteers.

Using GPS coverage that maps out different areas of search coverage, the group is “eliminating areas and filling in the maps,” he said. 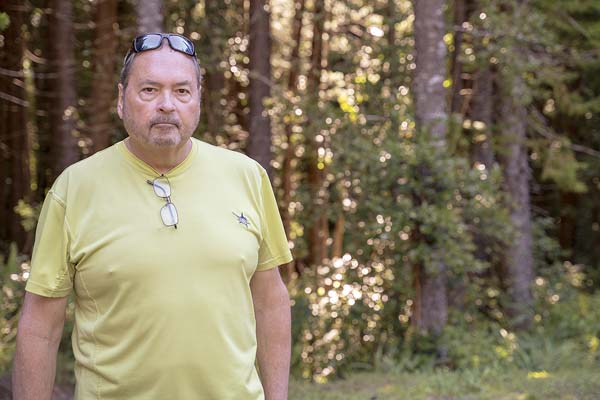 John Eller, father of missing Haiku woman Amanda Eller, said the Makawao Forest Reserve search efforts are culminating in a “big push” over the weekend and into early next week, as volunteers deploy additional search dogs, along with GPS tracking on humans and drones.

John Eller, who is on Maui from the East Coast with wife Julia and daughter Alicia, said his family is focused on the task at hand, which is finding Amanda and bringing her home. He added that the they still believe she is in the forest.

“The strongest probability was that she was in the forest, based on her car and her belongings and the initial scent on the trail,” he said. “That’s why we’re thoroughly exhausting all possibilities before we look at other theories.

“If we get to a point of eliminating this as a possibility, which we are working toward as quick as we can, that opens up other channels to pursue, including abduction.”

A massive interagency search began May 9 for Amanda Eller, a 35-year old physical therapist and yoga instructor who was last seen around 10:19 a.m. mailing a package at the Haiku Post Office, police said. Her 2015 white Toyota RAV4 left the post office parking lot at 10:21 a.m., according to police.

Amanda Eller is described as 5 feet, 9 inches and 145 pounds, with long brown hair and an athletic build. 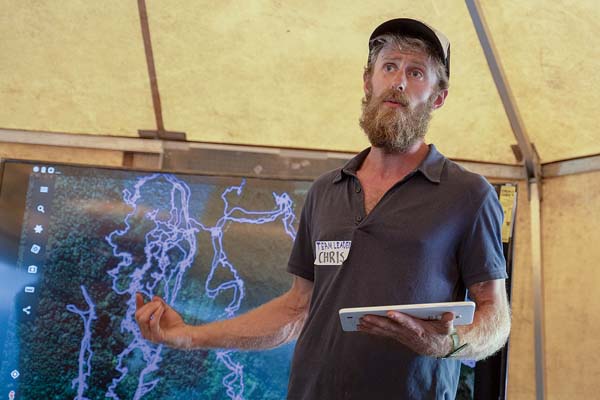 Chris Berquist explains to search volunteers the importance of staying in large groups and covering swaths of land by moving from higher to lower elevations. The volunteer search leader left his job as an arborist to help lead daylong efforts.

Her vehicle was last seen around noon May 8 at the gravel parking lot near the “Hunter’s Trail” at Makawao Forest Reserve, where friends say she often liked to run and hike.

The vehicle was still there the morning of May 9, when police were called by her boyfriend, Benjamin Konkol, to report Amanda Eller’s disappearance. Police said last week that Konkol voluntarily took a polygraph test and passed and is currently not a person of interest.

Police last week said there is no evidence pointing to foul play in Amanda Eller’s disappearance.

On Saturday, organizers said that an average of 100 searchers have showed up daily to volunteer about four to five hours per person per visit, with some looking all day.

Susann Schuh, who is on her first trip with family from Switzerland to Maui, has been volunteering at base camp nearly a week to perform administrative duties and streamline search efforts. 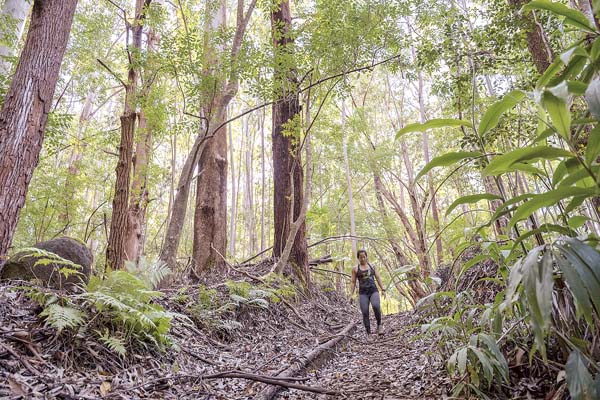 “I somehow just felt I need to help and I need to search for her. Every day it’s been in my head,” said Schuh, who works in project management in Switzerland. “On Monday I said to my husband, sorry I need to go out and help. I hope you understand.”

Volunteers of all levels are still being sought. Searchers are grouped, with experienced divers and rappellers on special teams, and deployed throughout the day. Base camp opens around 7 a.m. and closes at about 7 p.m. daily, according to the official search page, Facebook.com/AmandaEllersMissing on Facebook.

John Eller, along with volunteer search officials such as Berquist, said they post information directly to the Facebook page. 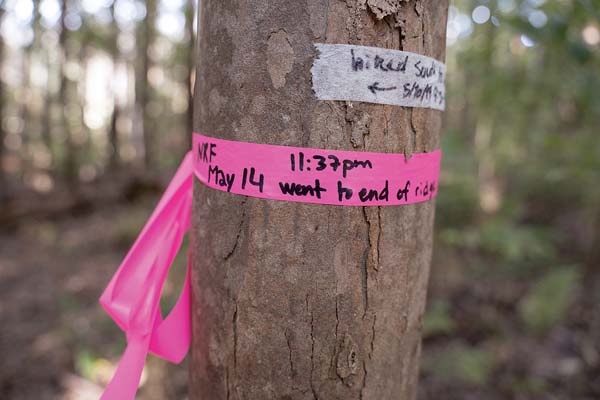 Tape and ribbon with hand-written search notes line some trees in the Makawao Forest Reserve amid a massive search that’s nearing a week and a half for missing Haiku woman Amanda Eller. The search has evolved into GPS mapping and tracking, with colored lines showing saturation of search on a TV screen map.

The Timeline of Amanda Eller’s Disappearance:

• Around 7 p.m. Parks personnel observed the white Toyota RAV4 in the Hunter’s Gate parking lot. Attempts to contact anyone in area did not yield anything.