Mayor given authority to negotiate with state 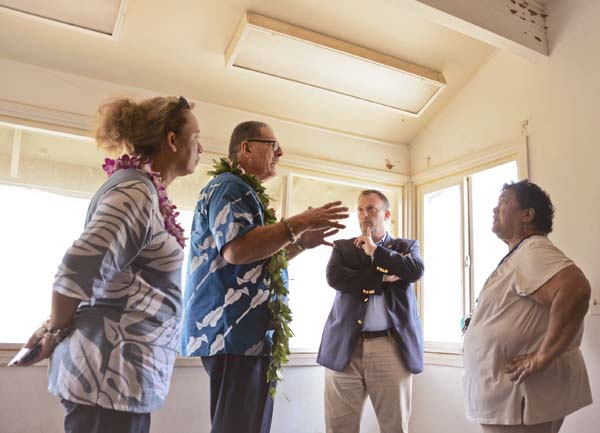 Maui County is a step closer to transforming the vacant University of Hawaii Maui College dorms near Keopuolani Park in Kahului into emergency housing for the needy.

On second and final reading Friday, the Maui County Council unanimously approved a bill authorizing Mayor Michael Victorino to enter into an intergovernmental agreement with the state’s Housing Finance and Development Corp. to construct emergency housing at the site on the corner of Wahinepio and Kaahumanu avenues.

The first phase would include units for families. A memorandum of understanding between Victorino and HHFDC outlines the roles and responsibilities of the county and the state agency for the funding and construction of the project and its management and oversight when complete, according to a news release from the county last month.

The intergovernmental agreement gives Maui County access to $5 million in state Dwelling Unit Revolving Funds for the renovation or replacement of the existing 12 units, the news release said. 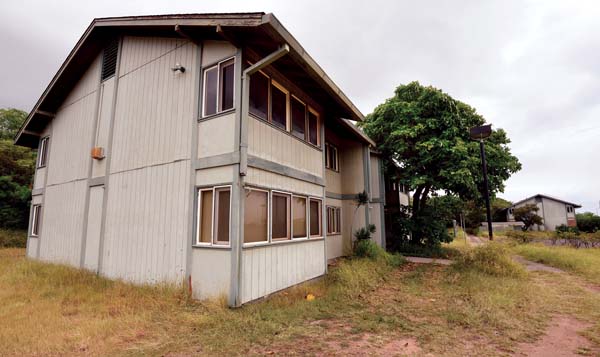 The Maui County Council has authorized Mayor Michael Victorino to enter into an agreement with the state to turn the old UH-Maui College dorms into emergency housing for low-income families. This photo of the old dorms was taken in May 2018. -- The Maui News / MATTHEW THAYER photo

Before the council took its vote on the measure Friday in Council Chambers, Affordable Housing Committee Chairwoman Tasha Kama thanked fellow members for their support and noted that this is the first affordable housing project the committee is pushing out in the first six months of the new council term.

Kama, one of six new members, and the rest of the council have put affordable housing at the forefront this term. The same can be said for the Victorino administration.

Kama called this project “low-hanging fruit” and is glad it is moving along.

In the bill to authorize the mayor to enter into the agreement, the council said the project’s units must be affordable to households at 80 percent or below the U.S. Department of Housing and Urban Development’s area median income, which currently for Maui (except Hana) is $67,040 and below for a family of four.

The administration also must report its plans to the council, which has to approve the plans in a resolution, after the engineer completes the structural assessment study.

Maui County Communications Director Brian Perry said in an email statement Friday afternoon that the next step for the administration would be to assess the viability of the structures and determine how to best provide housing units as soon as possible.

He did not provide an exact time frame for the next steps but noted that Victorino had hoped to have the housing ready in 18 to 24 months.

“Our timeline is to work on this priority as quickly as possible, returning to the County Council for approval after the structural assessment has been completed,” Perry said.

He said the goal is to utilize the $5 million from the Dwelling Unit Revolving Fund. It remains to be seen if the county will need to provide supplemental funding.

On May 14, Victorino, along with Lt. Gov. Josh Green, state Rep. Lynn DeCoite and Kama, toured the old dormitory site at the request of Green. In a subsequent news release about the visit, Victorino said that “despite the deteriorated condition” of the dorms, he was confident it could be renovated into emergency housing.

“I want to get our most needy families off the street and into a safe place with a roof over their heads,” he said.

In March 2016, the college did a hazardous materials study of two buildings and discovered asbestos in flooring and roof shingles, a previous council committee was told.

The 8.8-acre property includes three residential buildings, each with four apartment units; a multipurpose building with laundry, mail and recreation rooms; and a parking lot with 17 stalls. Each apartment unit is about 800 square feet with two bedrooms and one bath.

Since Dec. 15, 1980, UH-Maui College had been leasing the site from county. After the dorms were vacated, the college planned to open a hospitality training academy on the site but later decided to build it elsewhere on campus.

With the lease set to expire in 2035, UH-MC officials said last year that the college is willing to give up the lease earlier to allow the county to use the property for housing.