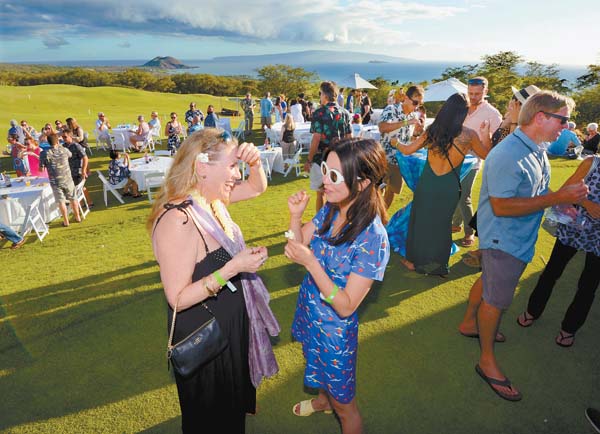 WAILEA — Eight years ago, before he even started dating his now-wife Sofia Vergara, actor Joe Manganiello read the script for “Bottom of the 9th” and knew he wanted to bring it to the big screen.

He also knew that he wanted Vergara, known for her role as Gloria in ABC’s hit comedy series “Modern Family,” to be his co-star.

“I read the script years ago, before my wife and I ever went on our first date,” Manganiello recalled Friday night in Wailea, where he received the Maui Film Festival’s Shooting Star Award. “I actually thought about her for it and it’s funny how we ended up together.” 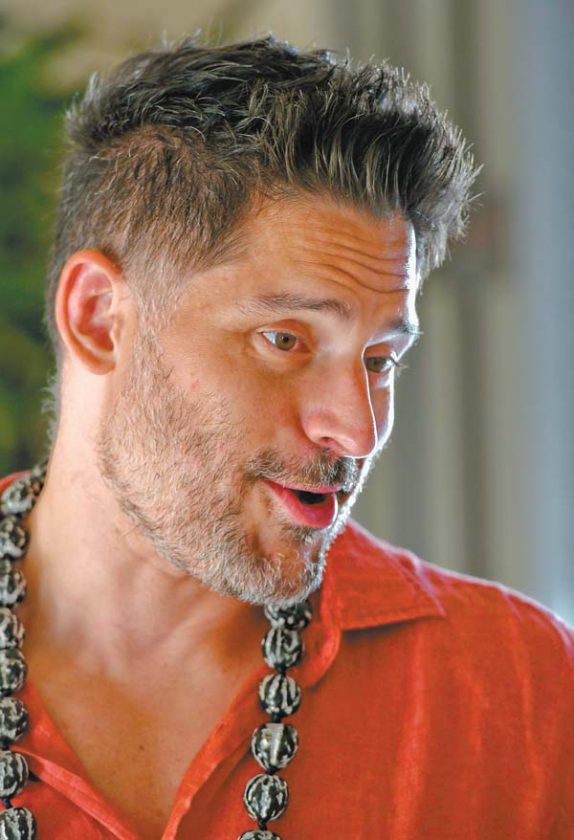 Joe Manganiello talks about his new movie, Bottom of the 9th, before receiving the Maui Film Festival’s Shooting Star Award on Friday.

The awards ceremony at the Celestial Cinema in Wailea was followed with the world premiere of the couple’s new film “Bottom of the 9th.”

Even though the pair knows “how to push each other’s buttons” on set, Manganiello said Vergara was a perfect fit for the role and that she’s his “favorite co-star.”

“It’s a family affair,” he said, also giving credit to his brother Nick Manganiello, who helped produce the film. “It’s great. Having somebody I can trust as my partner is invaluable.”

The movie is a heavy comeback story of an aspiring professional baseball player who seeks redemption after spending 17 years in prison for a violent crime he committed in his youth.

“I thought it was something that everybody could identify with,” Manganiello said. “Everybody has made a mistake in their life and regrets something, and the idea that maybe you can be absolved from that and go on with your life.” 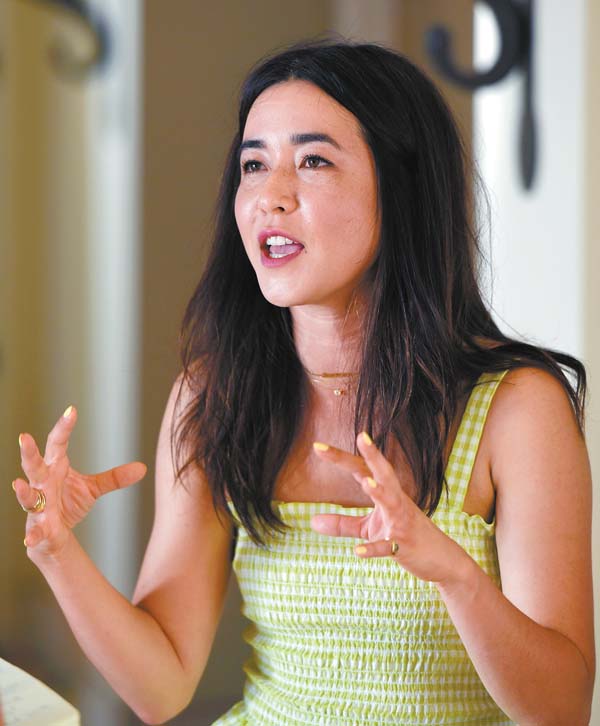 The last time Manganiello visited Maui was 2014, when he accepted the film festival’s Triple Threat Award for his self-financed, produced and directed documentary “La Bare,” billed as “an insider’s look at the history, lives and culture of the most popular male strip club in the world, La Bare Dallas.”

Manganiello said that being back on island means “you’ll find me at my favorite poke and shave ice spots.”

He was most recently seen battling giant monsters in the movie “Rampage” with Dwayne “The Rock” Johnson. Manganiello also debuted in the end credits scene in “Justice League” as a supervillain named Deathstroke.

Manganiello has a long history of acting, producing and being recognized for his physique — he made the list of People magazine’s Sexiest Man Alive in 2010 and Men’s Fitness Magazine’s top 25 fittest guys in the world in 2011, while being named US magazine’s Sharp Dressed Man in 2011.

On Friday night, actress Maya Erskine was honored with the Rising Star Award, given to a young film artist “whose every role, even in his or her formative years, surprises, enthralls and delights audiences of every age.”

While jumping in Wailea’s waves has been the highlight of her trip so far, the 32-year-old actress said that she is “honored to be at a beautiful film festival” that many other great artists have attended before her.

“I’ve never received an award like this before,” she said, smiling. “I’m truly surprised. I am amazed that they even know who I am.”

Erskine’s romantic comedy “Plus One” also premiered at the Celestial Cinema on Friday night, which tells a story of longtime single friends who agree to be each other’s plus one at a series of weddings they’ve both been invited to.

“Plus One” recently received the Narrative Feature Audience Award at the Tribeca Film Festival.

The NYU Tisch School of the Arts graduate is also known for her roles in “Wine Country” and “Betas.”

Additionally, Erskine is the co-creator and co-star of the series “PEN15” on Hulu, a horrifying and hilarious story of middle schoolers entering the 7th grade.

“It was hard and yet it was also cathartic because it was also re-living and expressing a lot of secrets and shame that we have from that age,” she said of her role playing a version of her 13-year-old self surrounded by actual 13-year-old actors.

And to make “PEN15” feel even more realistic while on set, Erskine’s mother, Mutsuko Erskine, plays her character’s mom on the show.

“She loves the show, she’s eating it up,” the younger Erskine said. “She’s having a good time. She’s here at the (Four Seasons Resort), she’s loving it.”