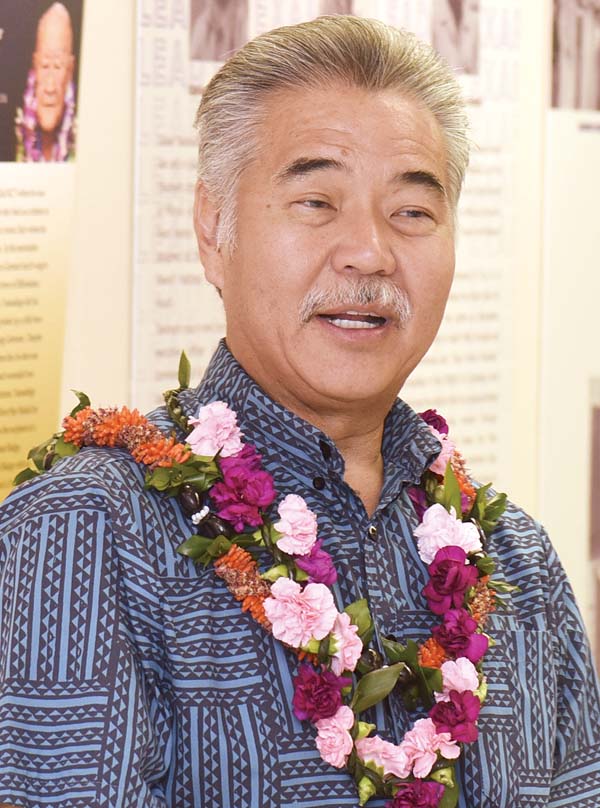 HONOLULU — Gov. David Ige has placed a vacation rental tax collection bill on a list of legislation he intends to veto.

The governor also said Monday that he will support a state bill to decriminalize possession of small amounts of marijuana, according to the Honolulu Star-Advertiser on Monday.

The state Senate’s vacation rental bill requires vacation rental platforms, such as Airbnb and Expedia, to collect state taxes from transient rental operators. The bill does not specifically call for the state to provide counties with information received from the hosting platforms.

Ige says the bill may improve tax collection, but a stronger law could be crafted that works in unison with county legislation.

The measure squeezed by the Senate in a 13-12 vote. Supporters warned about the need to boost state tax revenues to pay for preschool and other programs. Opponents cautioned that the bill would enable illegal vacation rentals to proliferate.

The bill’s placement on the potential veto list does not guarantee that Ige will reject the measure. The state Constitution requires the governor to notify the Legislature of the bills he intends to veto no later than the 35th day after the session ends, or June 24 this year.

The governor’s announcement Monday included 20 bills on the veto list. Any law not vetoed by July 9 will become law.

The governor also said Monday that he will allow a bill that would eliminate criminal penalties for possession of 3 grams or less of marijuana to become law without his signature. The bill scheduled to take effect Jan. 11, 2020, will make possession of those small amounts punishable only by fines of no more than $130.

Ige said the decision was “a very tough call” on which he went back and forth before ultimately deciding in favor of decriminalization.

The governor says he wanted provisions to help steer young people using marijuana into treatment programs dealing with substance abuse, but lawmakers did not include that language in the bill.

In a measure with Maui County implications, Ige put a measure on his potential veto list that would allow the state to lease Manele Small Boat Harbor on Lanai to a private entity to develop, manage and operate.

Ige said that this measure designates Manele as a pilot program without public input.

Speaker Scott Saiki said Monday that the House Democratic Caucus will meet this morning to discuss the governor’s possible vetoes. The House leadership also will consult with Senate leaders on the possibility of calling an override session if any bills are actually vetoed.

“If an override session is not held, any vetoed measures can be reintroduced in the 2020 legislative session,” Saiki said in a statement. “We will use this interim to address the governor’s objections to vetoed bills.”