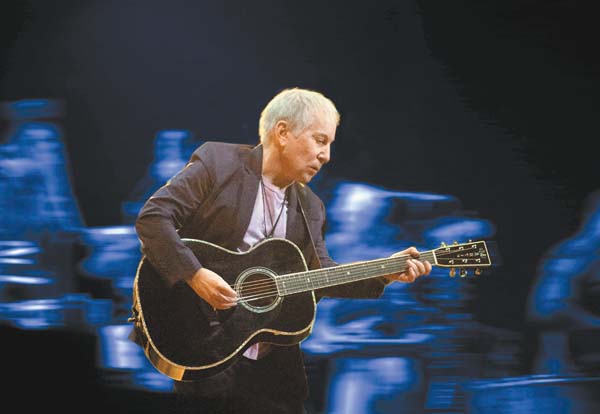 The legendary Paul Simon will be giving his first concerts on Maui and his first in Hawaii since 1968 on Aug. 13 and 14 at the Maui Arts & Cultural Center as a benefit for biodiversity conservation groups on Maui and Oahu.

The net proceeds from the Maui performances will be donated to the Auwahi Forest Restoration Project on the slopes of Haleakala, and Kua’aina Ulu ‘Auamo, based in Kaneohe.

Tickets for the concerts go on sale at 10 a.m. Saturday.

While no longer touring, after completing his farewell tour last year, Simon has expressed his ongoing commitment to perform the occasional concert and to donate those earnings to philanthropic organizations, particularly those dedicated to environmental welfare and to preserving species biodiversity, the MACC announcement said.

Simon has spent time visiting Maui in recent years and “was inspired to contribute to the work being done by the Auwahi Forest Restoration Project and Kua’aina Ulu ‘Auamo,” the news release said.

Started in 1997, the Auwahi Forest Restoration Project is a grassroots, community-based effort working in collaboration with Ulupalakua Ranch. The goal is to save and restore tracts of endangered dryland forest at Auwahi as biological and cultural sanctuaries.

Since its inception, the Auwahi project has restored and preserved tracts of native forest by excluding grazing animals, deer and pigs; controlling mats of invasive grass; and working with volunteers from the community to plant over 125,000 native trees.

Within its restored dryland forest, the project, led by Art Medeiros, has reduced non-native species cover from 87 percent to 2 percent, while native species increased from 20 percent to 98 percent, the news release said.

Nearly two-thirds of native tree species at Auwahi are now producing seedlings naturally, signs of a healthy functioning ecosystem, including some species that had not done so in centuries, the news release said.

Kua’aina Ulu ‘Auamo builds local capacity for community-based management of natural and cultural resources, supporting community-based organizations in identifying their own resource management goals and developing the expertise, knowledge and skills necessary to accomplish the goals.

Combining traditional and contemporary resource management methods, the group is helping communities restore their traditional role as caretakers of the lands and waters of their places, the news release said.

Simon was awarded the inaugural Library of Congress Gershwin Prize for Popular Song, which recognizes the profound and positive effect of popular music on the world’s culture. Simon is also a recipient of the Kennedy Center Honors and, in 2006, was named one of Time magazine’s “100 People Who Shape Our World.”

During his Homeward Bound — The Farewell Tour in 2018, the 77-year-old Simon left a financial gift benefiting local youth and environmental organizations in each city he visited on tour as a thank-you to those cities, the news release said.

The Maui performances are the only Hawaii shows by Simon, who last played in the state at the HIC, now the Blaisdell Center, in 1968 with Garfunkel.

The concerts Aug. 13 and 14 are set for the A&B Amphitheater/Yokouchi Pavilion. Showtimes are 7:30 each night; gates open at 6 p.m.